TV & Home cinema reviewsHiFi  reviewsGuides videos & Live sign up helpline
Menu
By clicking “Accept”, you agree to the storing of cookies on your device to enhance site navigation, analyse site usage, and assist in our marketing efforts. View our Cookie Policy for more information.
Open peferencesDeny allAccept all
Written by
Andrew Everard
March 23, 2022

The Rotel RA-1592 Integrated stereo amplifier was launched as part of Rotel's 60th anniversary. Big and beefy, it delivers a credible 200W per channel

Launched as part of Rotel’s 60th anniversary celebrations, this latest version of the company’s ‘big amplifier’ – slotting in above the more slimline 14 series models – offers a lot for the money, from its substantial 200W per channel output, which should be more than adequate for the most demanding of speakers, to a decent range of inputs, both digital and analogue. And though substantially built, it’s not a back-breaker: standing just under 14.5cm tall, it will also slot into most hi-fi racks with ease.

The heart of the MKII improvements are centred around a new digital-to-analogue converter, allowing the amp to play files at up to studio quality 384kHz/24bit – at least when connected to a computer using its USB Type B input, while there are also conventional optical and coaxial inputs for other digital sources, three sets of analogue line-ins and a moving magnet phono stage for a record player, a single pair of balanced analogue inputs should you have a suitable source component, and even Bluetooth for streaming from portable devices. And there are a couple of oddities here: there’s a further USB input on the front panel, though this is dedicated for use with Apple iOS products – iPhones and iPads – while the presence of an Ethernet network post might raise hopes this amp also has streaming capability. However, the port is only there to allow computer control of the RA-1592MkII, as part of a suite of connections allowing it to be integrated into home installation set-ups.

Also new here is a general spruce-up of the audio sections, with new components throughout the signal path and power supply said to deliver improve frequency response for a cleaner sound, and a power amplifier section able to deliver way beyond the rated output to handle the wide dynamic swings of music without any signs of stress. As is usual with Rotel products, many of the components here are either custom-made for the company or constructed in-house, a policy its says gives it better control and performance than simply buying generic parts off the shelf from external suppliers This may be a big amp from one of hi-fi’s larger specialist brands, but it’s also a design made by what is still a family company, the current head being a direct descendant of Rotel’s founder, six decades back.

And while the RA-1592MkII looks simple, it’s more flexible than you might think: dig into its menu system and you find tone and balance controls,  and niceties such as a customisable start-up volume setting – so no nasty shocks when first switching on! – and the ability to set an input to a bypass level, for example for use with an external surround-sound processor. You can even use the amp as preamplifier into a more powerful power amp, though frankly with the sound on offer here such an ‘upgrade’ probably wouldn’t be needed.

Whether with analogue sources such as a turntable, or fed from a computer for streaming or hi-res music playback, the Rotel sounds big, bold and magnificent: this is an amp able to drive even big, demanding speakers as hard as most of us could ever sensibly want, and do so with complete control and without losing any detail. It’s not just about hammering our room-shaking basslines, though it will do that with ease: instead it delivers all the instrumental tones and textures of everything from a full orchestra to driving electronica, and always delivers a full picture of the music. What’s more, when you calm things down it also brings the same control and detail to a small ensemble or just a solo voice and guitar, creating a sound that’s rich and warm, but also packed with information, from the slide of a finger on a string to the size of the venue in which the recording was made.

While it might be slight overkill for use with a little pair of bookshelf speakers, the Rotel’s power, control and fuss-free operation make it an excellent choice for use with everything from top-notch monitor speakers to modern slimline floorstanding speaker designs – and beyond. And best of all, it’s easy to set up and hear at its best.

Frankie Goes To Hollywood Welcome to The Pleasuredome

From the Rage Hard compilation, this is a great way to hear the Rotel thundering at its best, but with everything going on in the dense, hard-hitting mix clearly audible. Just don’t crank the level too far during the deceptively quiet intro!

Gugnin’s new Hyperion recording of the deceptively simple piano pieces may have an easy-flowing delicacy, but in the hands of the Rotel you get the weight of the Steinway grand, the finesse of the playing, and a wonderful sense of the acoustic space

Don’t let over-familiarity put you off: this beautifully-judged recording brings out all the character of Eddi Reader’s fabulous vocal, just before she jumped off the ride, and the Rotel conveys a real sense of the band before you. Just about perfect!

The Darko Audio online site is a good judge of fine audio things and the reviewers was charmed by the Rotel’s nicely controlled, even-handed and solid sound that was able to convey music’s rich and varied voices with authority. Stereonet too were enamoured with the big, generous, musical sound, pretty gutsy and dynamic, but keeping control of the bass

Rotel has been at this hi-fi amplifier lark for a long time – 60 years in fact – and it shows: this is a hugely muscular yet subtly-balanced amplifier that’s a breeze to use, and will match with just about any hi-fi sources or speakers you throw at it. Whether you’re moving up from an entry-level set-up, or creating your forever system, this unassuming-looking integrated amplifier offers serious value for money

Yes, it’s only a subtle improvement on the original RA-1592, but then that amplifier was already exceptionally fine. What the new model brings is a perfect storm of room-shaking power and exceptional refinement, making it a fine choice whatever your musical tastes 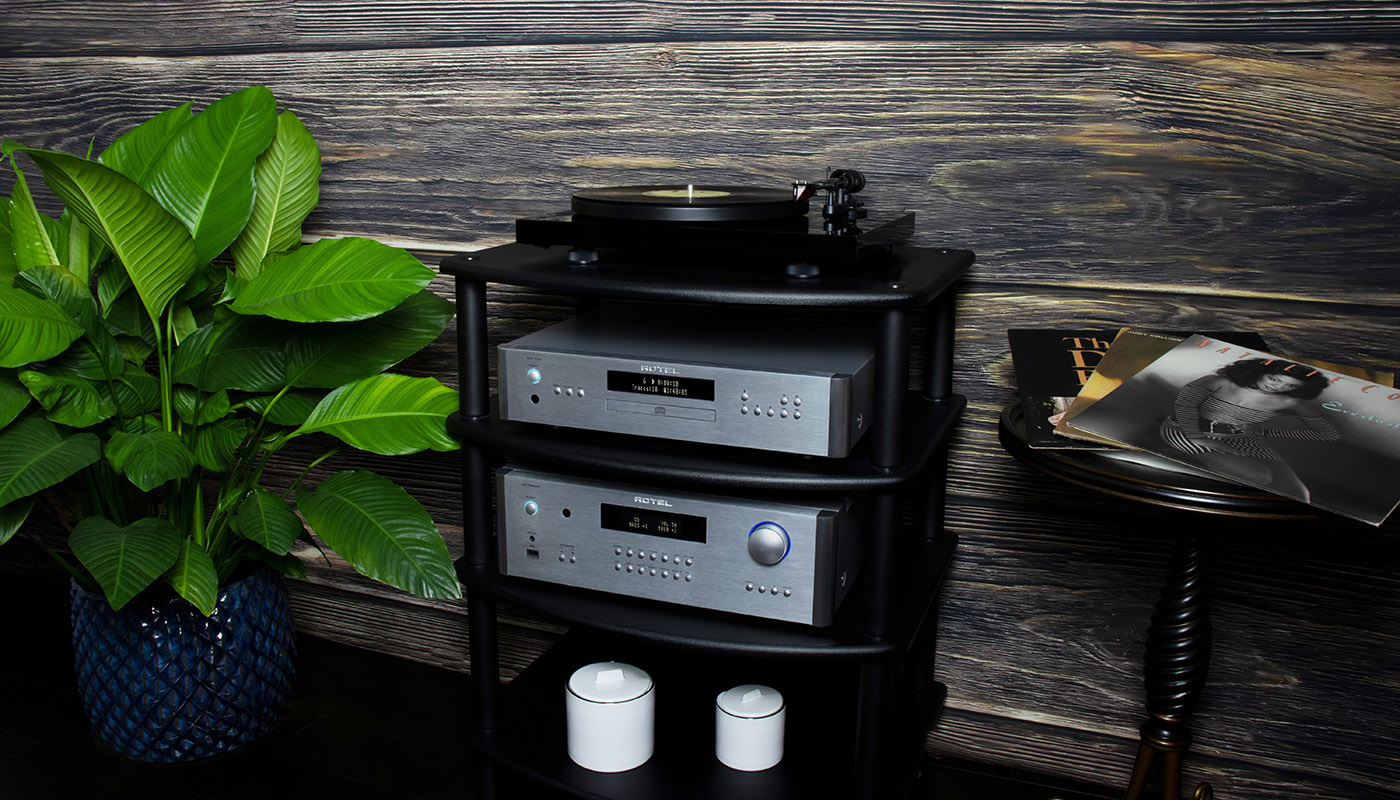