The Aventage range of receivers represents the cream of the crop, with the awesome RX-A8A AV receiver leading the charge for perfect home cinema entertainment

The distinctive, three tuning fork Yamaha logo can be found on a diverse range of products, including pianos, outboard motors, and super-bikes. So it shouldn’t come as a surprise to discover its AV receivers are famous for two things: musicality and oodles of power. The fact Yamaha has been a pioneer in multichannel audio for decades also doesn’t hurt when it comes to delivering today’s immersive movie soundtracks.

The Aventage range of receivers represents the cream of the crop, with the awesome RX-A8A leading the charge. This gorgeous flagship model boasts all the latest audio formats, including Dolby Atmos, DTS:X, and the lesser-known Auro-3D. It also has 11 channels of powerful amplification, HDMI 2.1 inputs, and proprietary technology such as Surround:AI and YPAO room correction.

The RX-A8A is the kind of powerful but nuanced performer that’s often described as sounding like an iron fist in a velvet glove. The 11 channels of built-in Class AB grunt can drive even the most demanding system without breaking sweat, while cutting-edge processing gets the best out of object-based audio formats like Dolby Atmos and DTS:X.

Yamaha’s multichannel prowess is evident in the seamless performance and comprehensive choice of speaker layouts, going from deceptively simple stereo to 7.1.4-channel, and everything in between. While the processing is limited to 11.1 channels that should be enough for most people, and there is the option to run two independent subwoofers.

There are also virtual surround modes designed to upscale regular audio, simulating an immersive soundtrack and making the most of all those speakers. Yamaha is famous for its DSP modes, applying sound field data to create the illusion of being in a church or nightclub, and the new Surround:AI feature analyses the audio to automatically select the most appropriate processing.

A Quiet Place has an Atmos soundtrack that demonstrates all of the Yamaha’s multichannel strengths, from long sequences of silence punctuated by the subtle sounds of nature, to terrifying shifts in volume that display the receiver’s powerful dynamic range and ability to turn on a dime. The effective use of overhead channels also helps to produce a layered sonic experience.

Living with the RX-A8A

The RX-A8A is every inch the flagship model, with the kind of military-grade construction and premium finish for which Yamaha’s Aventage range is justly famous. The new minimalist design is surprisingly elegant, although given all the real-estate on that glossy black front it’s a shame the display is stuffed away in a corner like an afterthought.

On the plus side, Yamaha has recently updated its menu system and remote control, making the RX-A8A easier to setup. Unfortunately the bewildering array of speaker configurations still takes some getting used to, but the remote app can help. At least the proprietary YPAO acoustic calibration is user-friendly, enabling you to fine tune the performance of your system for the room.

The inclusion of HDMI 2.1 connections allows this receiver to pass 4K, HDR10, Dolby Vision, and even 8K/60Hz – assuming you can find any content that uses this resolution. Perhaps more useful is the 120Hz high frame-rate support and bevy of gaming features, which is sure to delight owners of next-gen consoles.

Finally, Yamaha’s MusicCast system brings multi-room functionality with high-res audio support, a comprehensive choice of music streaming services, and voice control via Alexa or Google Assistant. You can even use MusicCast to run wireless surrounds and a subwoofer, allowing for a clutter-free multi-channel setup.

This film has one of the best Dolby Atmos soundtracks ever created, bringing the titular sea and air battle to life with pulse-pounding energy and visceral action. A multichannel marvel like the RX-A8A will precisely steer the planes and flak around you, immersing you in the fog of war.

What better way to demonstrate the sheer power of the RX-A8A than two titans battling it out in Atmos. It gives the behemoths scale as skyscrapers collapse and rubble falls all around you, plus the room correction perfectly integrates the bass, ensuring every punch carries a seismic thump.

This masterful DTS:X mix brings this exciting Cold War spy film to life, with a soundtrack full of classic 80’s pop music, bone-crunching fights, and brutal action. It also manages to be surprisingly subtle, capturing the complex soundscape of a divided and dangerous Berlin.

‍Works well with – To get the most out of a multichannel monster like the RX-A8A you need as many speakers as possible, but at the very least a 5.1.2-channel configuration. The Focal Chora and Klipsch Reference Premiere systems both deliver high quality solutions with five speakers at ear-level, upward-firing drivers for the overhead channels, and a powerful subwoofer to handle the low-end. You can add more speakers later, but either of these impressive packages will allow to start enjoying immersive audio immediately.

The RX-A8A has proved a huge success since its launch, with many reviewers praising its power and value-for-money. Sound+Image considered the receiver the perfect way to celebrate the Aventage range’s 10th anniversary, while Stereonet praised the Yamaha’s profoundly dynamic performance on the way to giving it an Applause Award

If you’re looking for exceptional performance with movies and music, combined with multichannel muscle and peerless immersive audio, this is the AV receiver for you. It’s not the easiest to set up thanks to a multitude of speaker configurations, but persevere and you’ll discover a classy performer with a shed-load of Class AB welly inside its minimalist but well-made chassis. Dolby Atmos and DTS:X soundtracks are delivered with a powerful precision, while the YPAO room correction ensures the overall system is as cohesive as it is immersive. 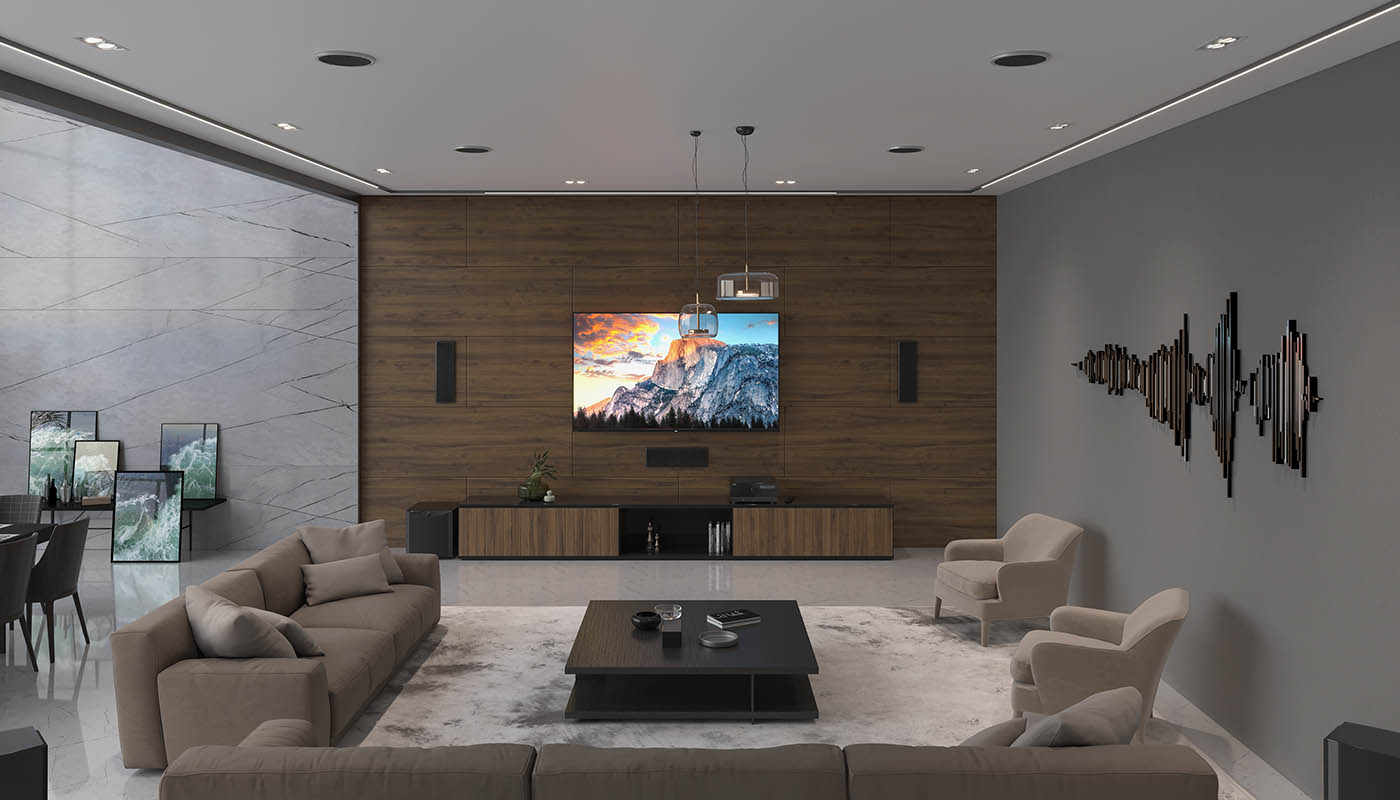 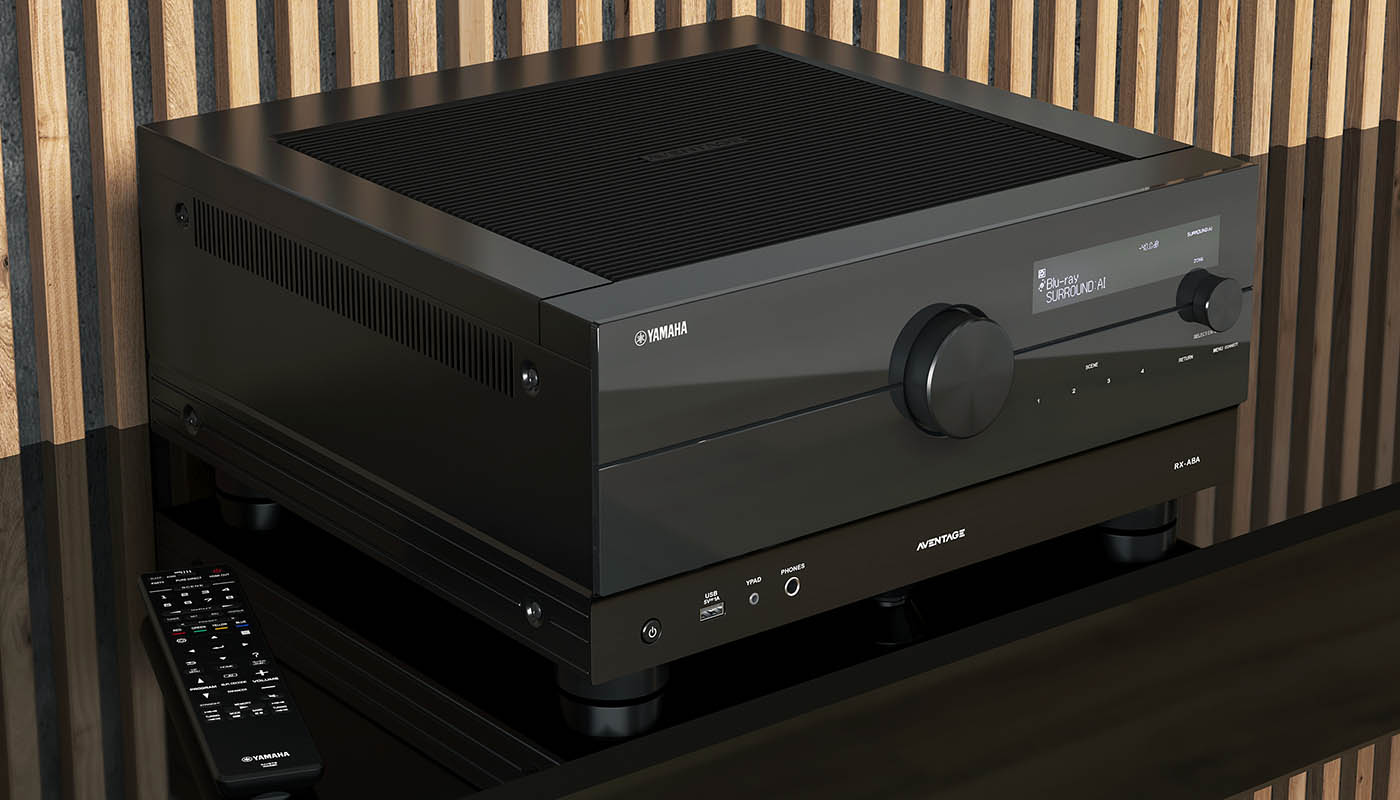 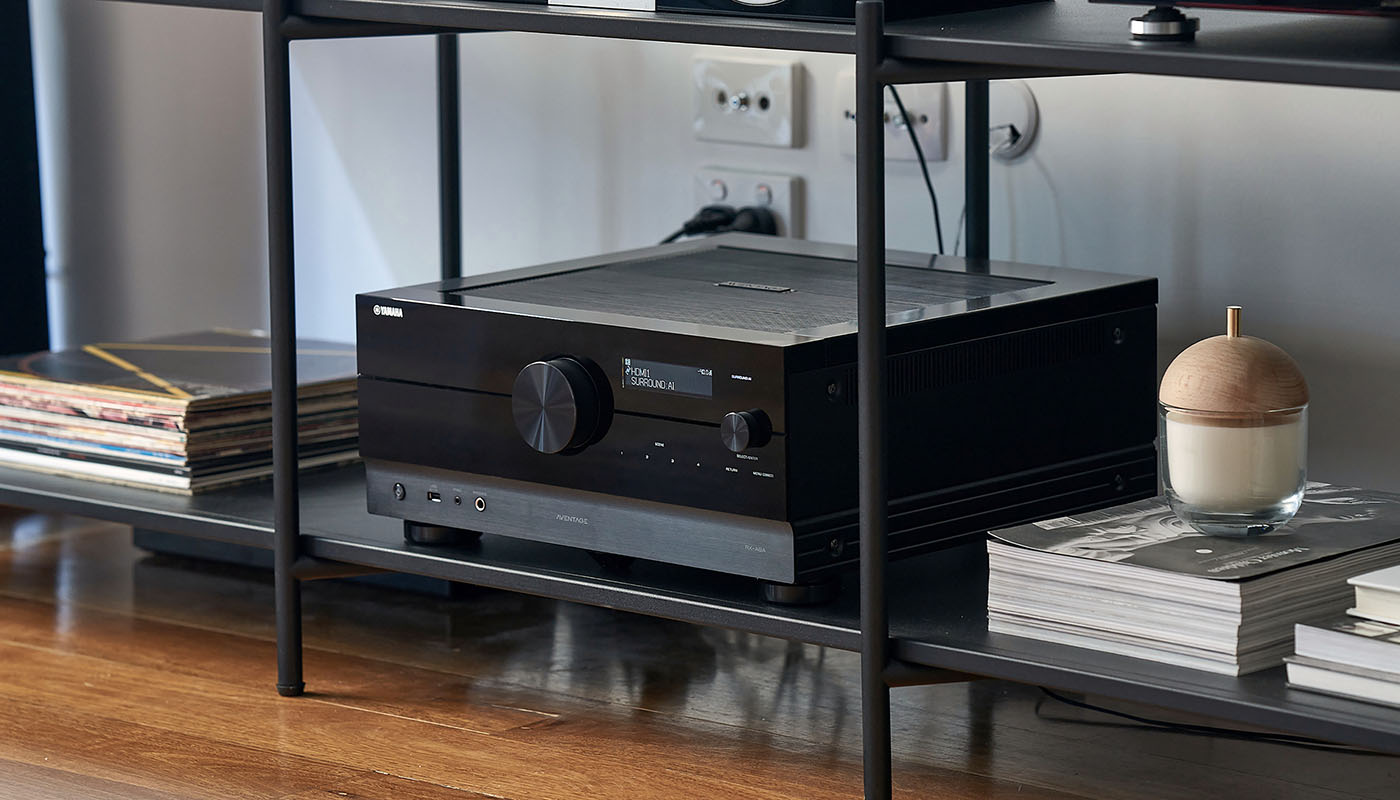 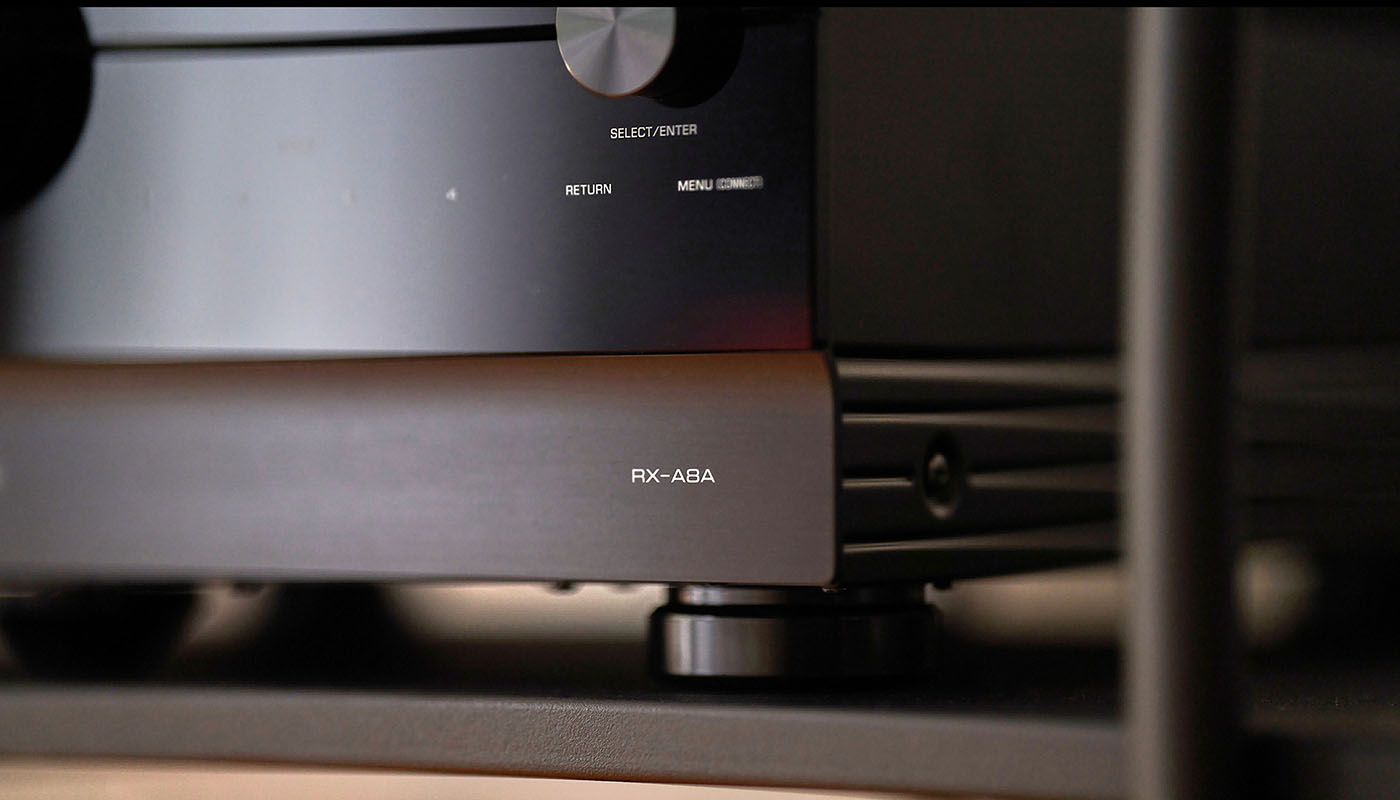 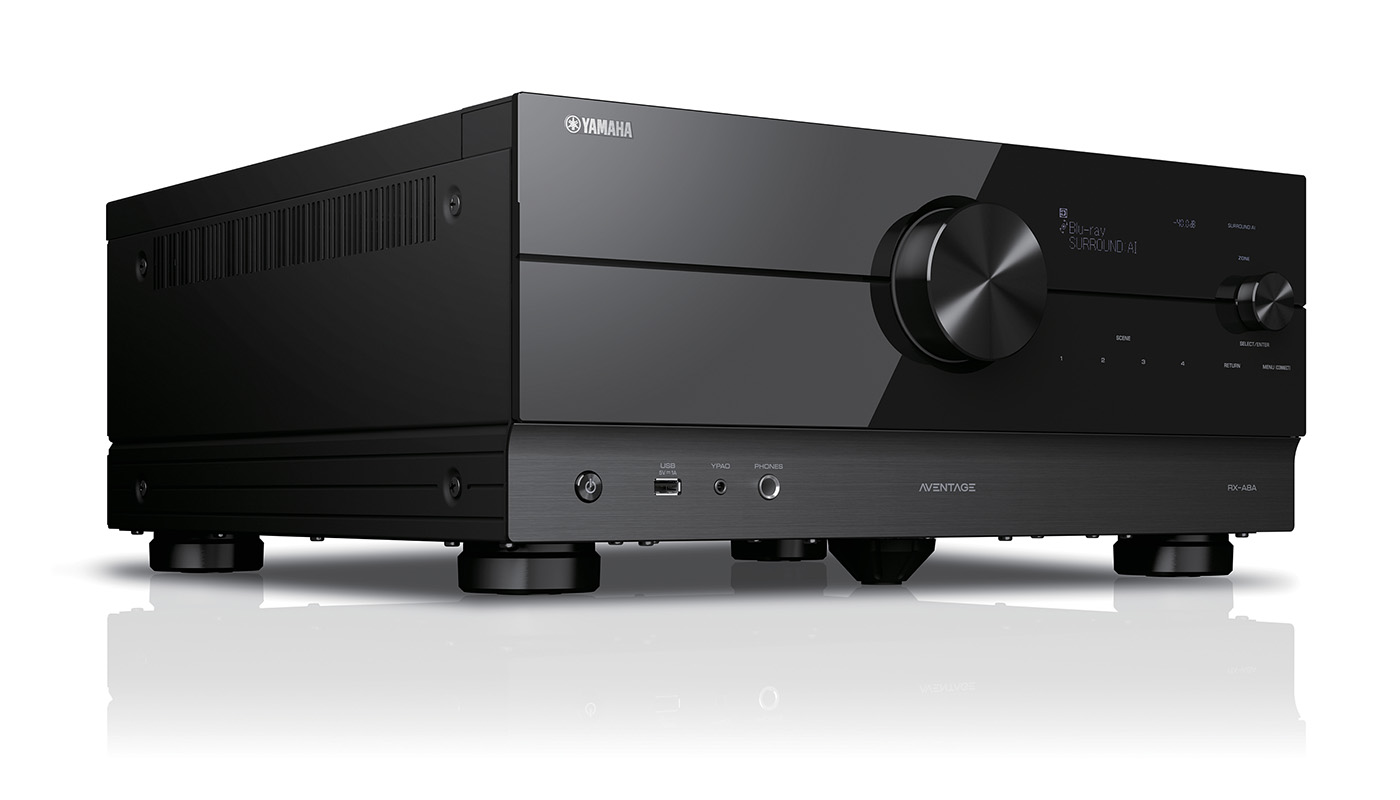 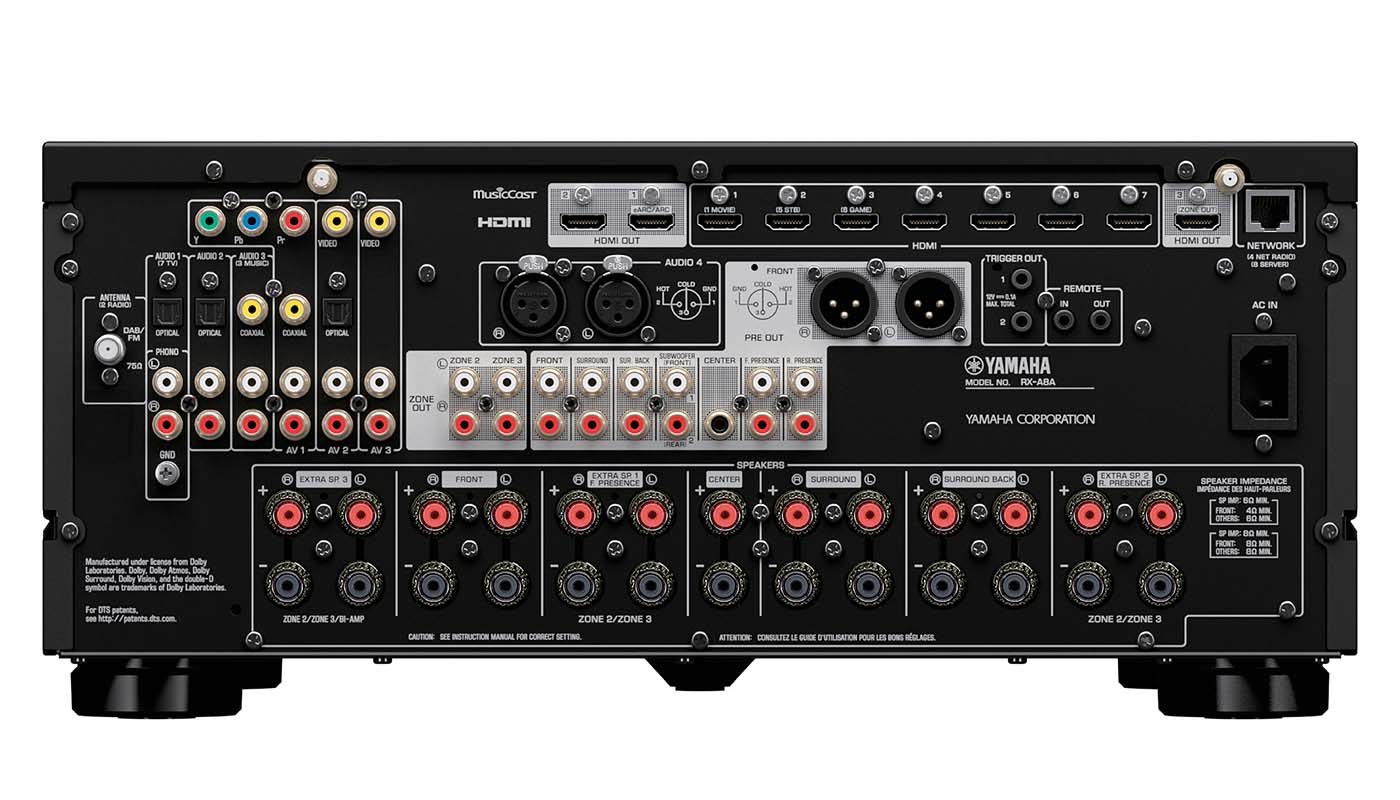