TV & Home cinema reviewsHiFi  reviewsGuides videos & Live sign up helpline
Menu
By clicking “Accept”, you agree to the storing of cookies on your device to enhance site navigation, analyse site usage, and assist in our marketing efforts. View our Cookie Policy for more information.
Open peferencesDeny allAccept all
Written by
Ed Selley
May 10, 2022

For whatever reasons, if you can't listen to speakers, T+A have a viable alternative with the exceptional, Solitaire P headphones 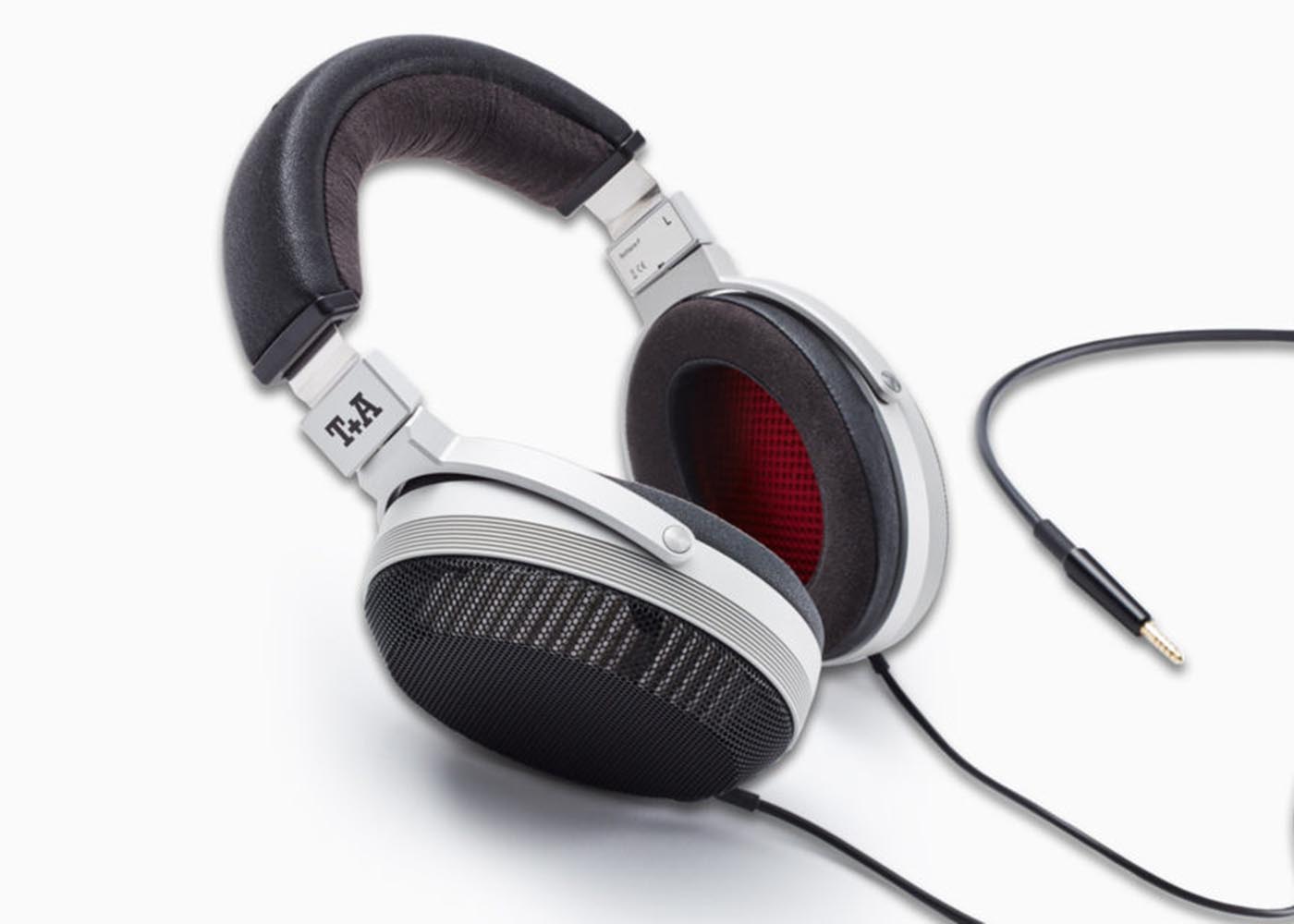 The Solitaire P is the first pair of headphones that T+A has ever made. Rather than starting with a relatively simple and affordable model and working up, the German company has instead decided to start at the top with a flagship model before introducing further headphones at a lower price that incorporate some of the same technology and thinking.

The Solitaire P is a staggeringly ambitious piece of kit. It is a planar magnetic design but where a conventional planar magnetic headphone prints a voice coil onto a membrane in a series of tracks, the Solitaire P covers the whole surface of the driver with conductive material using a process called vapour deposition. This driver is mounted between no fewer than 19 neodymium magnets arranged to perfectly control the magnetic field that acts on the driver.

These drivers are mounted in an open back enclosure (therefore having absolutely no scope to limit noise leakage for others in the same room as you) that has deep Alcantara covered padding on the inside and a lightweight mesh rear section that serves to protect the drivers. The design of the Solitaire P is fully balanced – it comes supplied with a 4.4mm ‘pentaconn’ cable and has the option of an XLR fitted one too. A more conventional 6.35mm jack cable is supplied too. Judged by the standards of a planar magnetic headphone, the Solitaire P is not terribly hard to drive but it will benefit from top quality partnering equipment.

Many people might be expecting a more spectacular looking piece of kit for the asking price but this isn’t really how T+A works. The Solitaire forgoes visual fireworks to concentrate on being superbly bolted together and extremely comfortable and it succeeds brilliantly at both. This is not a light pair of headphones but the superb weight distribution and careful design mean that they are easy to wear for extended periods without any discomfort.

In many ways, the manner in which the Solitaire P goes about making music is a mirror of its looks and build. There’s nothing showy about what the T+A does; no over-emphasis or other trickery is at work here. Instead, the Solitaire P calmly and effectively goes about demolishing what you think a headphone should be capable of. Nowhere is this more apparent than with the space and three dimensionality that it demonstrates. Its ability to push information in front of you is truly astonishing and, combined with those high comfort levels, it is genuinely possible to forget you are wearing headphones.

Within this beautifully worked space, the T+A delivers a combination of tonal realism and detail that means pretty much anything you play gains a tangibility that is only truly appreciated when you go back to listening to something less transcendently talented. There isn’t an instrument, vocal style or sound effect that the Solitaire P is wrong footed by. The presentation is astonishingly even handed too. The very lowest bass notes have to give a little ground to more conventional dynamic driver designs but from there on up, the Solitaire P is beautifully even and cohesive, culminating in a top end that is airy, detailed and refined.

Considering how revealing the Solitaire P is, the demands it places on partnering equipment are impressively benign. It won’t sound its best with completely unsuitable components but it achieves startling results with electronics that are considerably less expensive than it is. So long as you are using it in a space that is relatively quiet; given the open back design, noise suppression is minimal, and your partnering equipment reasonably capable, the T+A goes about delivering its astonishing capability with the minimum of fuss.

Living with the Solitaire P

Unshowy it might be but the T+A’s logical and pragmatic design makes it simple to use and extremely comfortable to wear. The supplied cables are long enough for most domestic needs and everything comes fitted inside an excellent (and equally well finished) storage box. This is not a cheap headphone but you can see where the money has gone.

The T+A Solitaire was designed to announce T+A’s arrival in the world of headphones and it does so emphatically. Nothing it does is showy or dramatic but the strength in depth it shows across every facet of its performance gives it a credible claim to be one of the very best headphones in the world.

The manner in which the T+A handles the utterly lovely Eyelids is truly masterful. It’s a level of overall realism that has you there in the room experiencing something truly and profoundly beautiful.

Live music and headphones don’t always mix but such is the spatial ability of the T+A that you are there in the middle of the delighted audience delighting in Spektor’s truly joyous rendition of her quirky songs.

The T+A delivers this wildly variable album that moves from vast crunching electronic notes to the gentlest ambient sounds in a manner that does justice to every glorious second of it.

If you are in a living situation where conventional speakers simply won’t deliver, due to space or sound constraints, the Solitaire P is the high end listening experience that will deliver regardless.