TV & Home cinema reviewsHiFi  reviewsGuides videos helpline
Menu
By clicking “Accept”, you agree to the storing of cookies on your device to enhance site navigation, analyse site usage, and assist in our marketing efforts. View our Cookie Policy for more information.
Open peferencesDeny allAccept all
Written by
Simon Lucas
May 30, 2022

when it comes to active noise cancelling wireless headphones, there is only one competitor in the value for money, sound for pound race 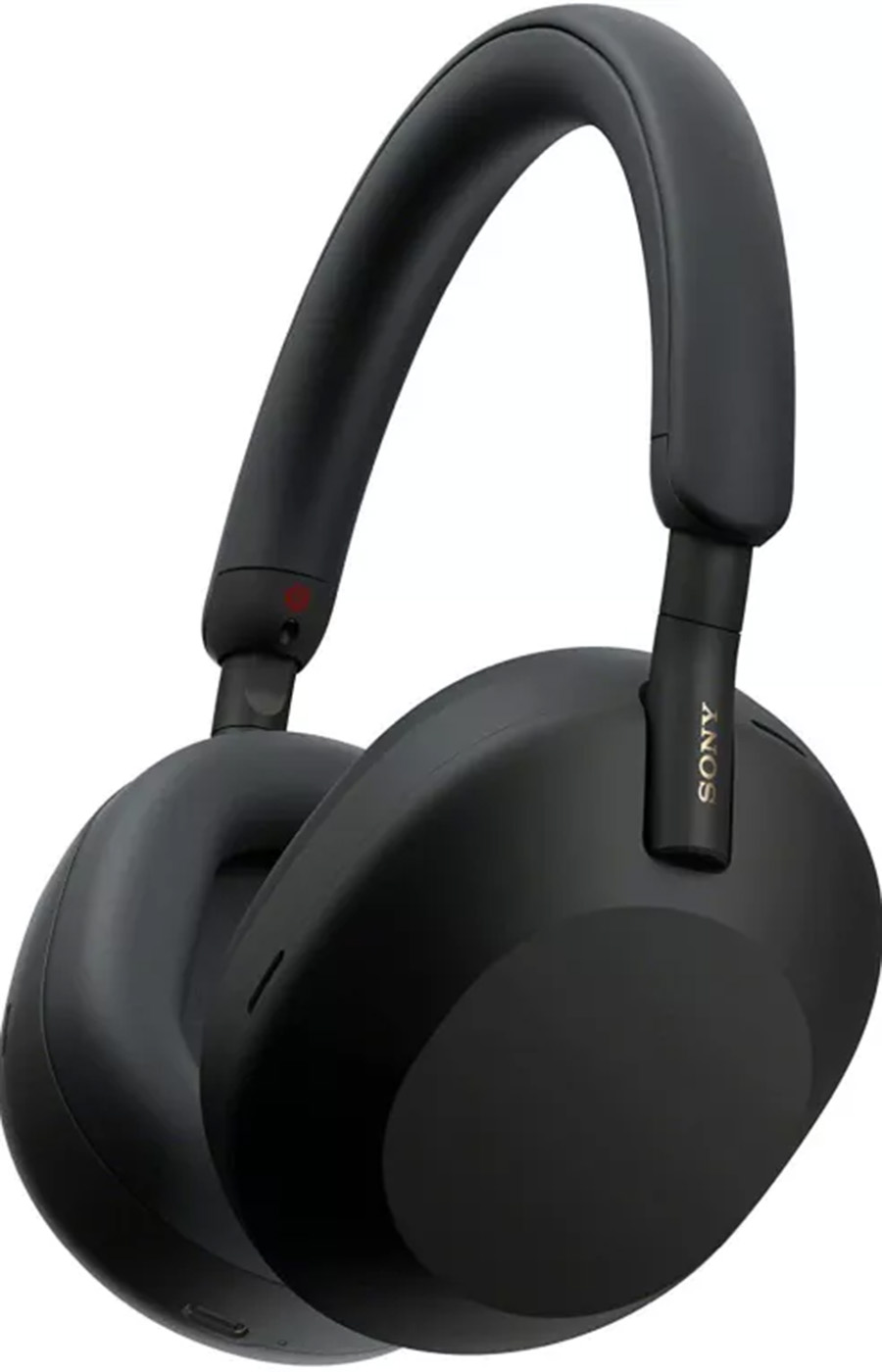 It’s one thing to hit the front, to top the table, to be crowned reigning champion. It’s quite another to do it all over again. This, though, is what Sony’s attempting to pull off with the WH-1000XM5 - because since the WH-1000XM3 launched in 2018 and were then replaced by the WH-1000XM4 in 2020, Sony has led the field where ‘mainstream wireless active noise-cancelling over-ear headphones’ are concerned. Challengers have been numerous, but not one has been able to knock Sony off its perch.

On paper, the WH-1000XM5 are more than equipped to go into battle. Yes, the price is creeping up - but your money buys you the best headphones control app in the business, brand-new drivers, a very worthwhile gesture towards eco-consciousness, active noise-cancellation Sony says is the best it’s ever delivered, and battery life that’s a match for anyone. Oh, and class-leading audio quality.

These are all bold claims. Can the WH-1000XM5 really back them up?

We may as well cut right to the chase here: the Sony WH-1000XM5 are an excellent-sounding pair of headphones, more than capable of holding their own against the very best price-comparable rivals.

The control app gives the listener the opportunity to fiddle with the performance of the XM5, of course, but the judicious owner will leave well enough alone - the Sony are balanced, energetic and insightful headphones without any third-party intervention.

Tonally, they’re approaching impeccable. From the deep, textured and confidently controlled low frequencies, up through the prodigiously detailed and eloquent midrange to the bright, crisply attacking top end, the XM5 are a smooth and beautifully integrated listen. They hit hard, but they’re never unruly, and they’re so observant of the attack and decay of individual sounds that they’re always even-handed.

Dynamic headroom is considerable, so the simple volume variations in a recording are always properly expressed. They have the sort of attention to fine detail that means even the most harmonic variations are identified and reported on. Rhythmic expression, as you’d expect from a headphone that controls its lowest frequencies so carefully, is excellent. They manage to create a sensation of unity to a recording that’s by no means a given, even in headphones costing twice as much as this.

All of this is very good news, of course - but it’s nothing we couldn’t have anticipated, given the ongoing sonic excellence of Sony’s WH-1000X range. What’s slightly more surprising, but no less welcome, is just how capable the active noise-cancellation is this time around. Previous WH-1000X models have enjoyed perfectly acceptable ANC, but with XM5 Sony has delivered a system that’s capable of dealing with virtually all external noises short of explosions, that leaves no suggestion of counter-signal or noise-floor disruption in its wake, and is basically fit to be mentioned in the same breath as Bose when talk turns to the best ANC around.

At 250g, the WH-1000XM5 are as light as they come. Thanks to judicious deployment of protein leather and memory foam, they’re comfortable - and will remain so four hours on end (which is just as well, because they’ll go for as much as 40 hours on a single charge). Their streamlined aesthetic is intended to help reduce wind-noise, and almost the entire frame is built from recycled plastic mixed with stone.

Touch-controls are reliable and logical. Call-quality and voice-assistant interaction (the XM5 have Amazon Alexa built in, which will be handy for some) is equally stable. And if there’s an aspect of control, customisation or extended functionality that isn’t included in the ‘Headphones’ control app, that’s because it’s not worth having.

What else? Well, the WH-1000XM5 are compatible with USB-PD charging, which means it’s possible to get three hour’s-worth of power from a mere three minutes on the mains. They’re compatible with Sony’s ‘360 Reality Audio’ algorithm, which is nice if you like that sort of thing. They’ll wirelessly pair with two devices simultaneously.

Good luck finding a pair of wireless active noise-cancelling headphones that are easier to live with than these.

Nick Cave & The Bad Seeds We No Who U R

Nothing in popular music says ‘latent threat’ more eloquently than a children’s choir, and in combination with sinuous bass and keening flute (not to mention a characteristically malevolent vocal) it serves to make We No Who U R sound casually terrifying.

Eric B. & Rakim I Know You Got Soul

Spare, square-edged, punchy as all get-out and with a peerless flow sitting right in the centre of the midrange, this superior slice of late-80s hip-hop is just the thing to let the XM5 showcase their control, their soundstaging and their outright attack.

King Tubby Rude Boy Dub
When a recording is inexpensive and rudimentary, but also attempting to assert its credentials as ‘art’ at the same time, the headphones that deliver it have nowhere to hide. Not that the XM5 need it - they take the bone-dry, reverb-laden and bass-centric recording by the scruff of the neck.

Acclaim for the XM5 has been if not universal then definitely global. At What Hi-Fi? they are smitten with the ‘sensational sonic clarity’ that’s on offer here, while at Wired they reckon the fact the Sony are the best pound-for-pound headphones around should shock ‘absolutely no one’. Techradar, meanwhile, think these are ‘still the best headphones in the world’.

Because you want the best pound-for-pound headphones currently available. And we mean that in terms of sound, comfort, control app, eco credentials, you name it.