TV & Home cinema reviewsHiFi  reviewsGuides videos & Live sign up helpline
Menu
By clicking “Accept”, you agree to the storing of cookies on your device to enhance site navigation, analyse site usage, and assist in our marketing efforts. View our Cookie Policy for more information.
Open peferencesDeny allAccept all
Written by
Steve Withers
September 30, 2022 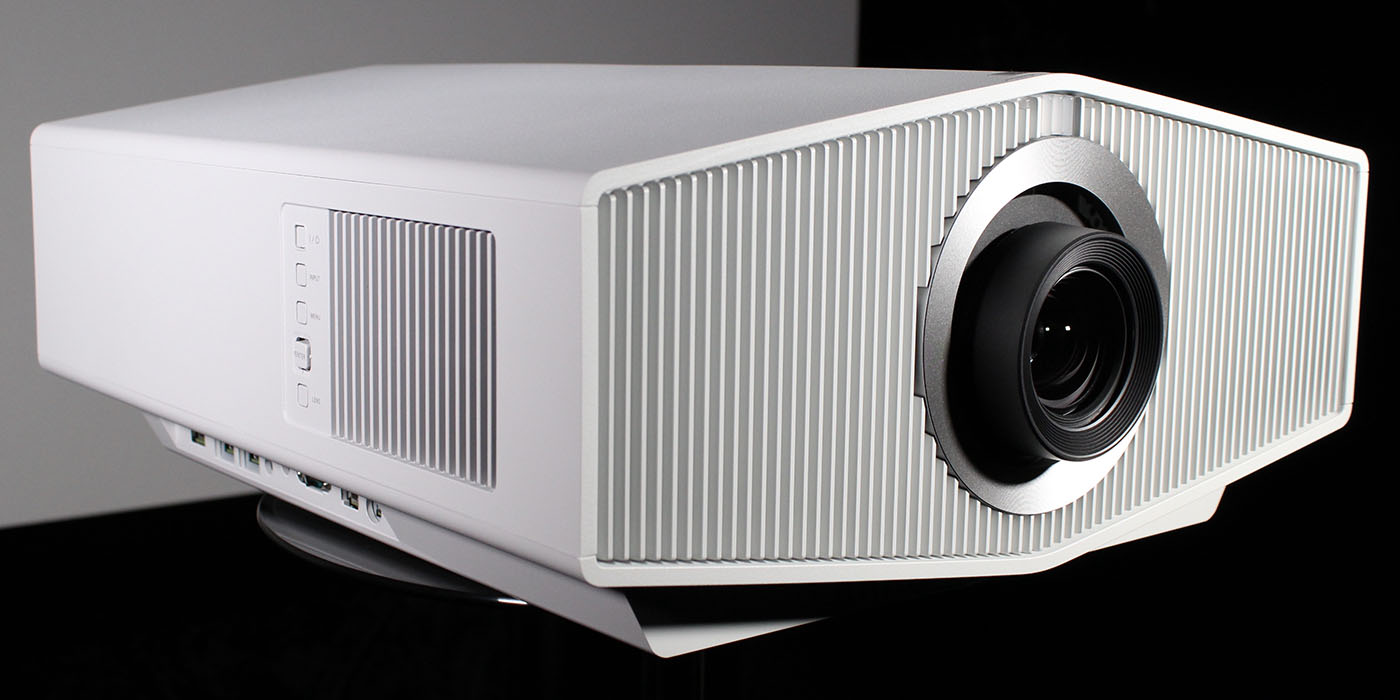 The Sony VPL-XW7000ES is the latest addition to the company’s line-up of native 4K projectors, all of which now use a laser light source for increased brightness, improved consistency, and a much longer lifespan. It also employs the X1 Ultimate for Projector processor first introduced on the flagship VPL-GTZ380, along with Sony’s Dynamic HDR Enhancer and Motionflow technology.

The XW7000ES is a high-end model, with a claimed brightness of 3,2000 lumens, plus an extensive set of features that includes motorised lens controls and memories, along with support for 3D. Those with more constrained budgets can take a look at the VPL-XW5000ES, although this drops a number of key features. Disappointingly, and rather inexplicably, neither model includes HDMI 2.1 inputs.

The Sony VPL-XW7000ES delivers awesome big screen pictures, thanks to its native 4K (3840 x 2160) chipset combined with Sony’s Advanced Crisp-Focused (ACF) lens that results in detailed and distortion-free images, along with wider dynamic range optics. All of which basically means you’ll get pin-sharp pictures across the entire screen – no matter how big that screen is.

If you have a really large screen, there’s no need to worry, because this beamer has a phosphor laser light source that can reach a blindingly bright 3,200 lumens. It also has a claimed lifespan of 20,000 hours, so you’ll never have to worry about changing a lamp, plus the laser itself delivers a consistent colour performance and doesn’t dim significantly over its long life.

The black levels and contrast performance are both excellent, as is the image accuracy in the Reference picture mode. If you feel you need more punch you could use the Bright Cinema picture mode, but it’s not as accurate, resulting in blue-tinged whites and over-saturated colours. You can change the laser brightness to suit your screen, while the Dynamic Control adjusts contrast.

The Reference picture mode proves very accurate out of the box, and the extensive calibration controls can be used to dial in a near-perfect picture. The black levels are good, but not quite as inky as the JVC projectors, and the deepest shadows sometimes appear slightly crushed. But in a room with lighter coloured walls, the brightness of the laser puts this projector into a class of its own.

The big selling point of a Sony projector is its image processing, and the X1 Ultimate processor doesn’t disappoint. Feed the XW7000ES a high quality 1080p source, you’ll be rewarded with an upscaled picture that makes full use of the projector’s more than eight million pixels, producing images that are expertly rendered so they appear clean, detailed and free of unwanted artefacts.

Sony’s Reality Creation detail enhancement applies sharpening to any resolution, including 4K, but is so sophisticated that it achieves this without introducing distracting artefacts. Motion handling is class-leading, appearing fluid and free of judder or other issues, even without engaging Motionflow. Although for fast sports the frame interpolation feature can be beneficial.

The XW7000ES supports HDR10 and HLG, but not HDR10+, and Sony’s Dynamic HDR Enhancer is particularly impressive, performing frame-by-frame analysis of incoming HDR signals, and adjusting the tone mapping dynamically through pixel processing and the laser power. The results are impressive for a projector, bringing out details in the darkest and brightest parts of picture.

The Sony VPL-XW7000ES is eye-catching, with its angled design and a centrally-mounted lens housed within a grille that covers the front. It’s well-made, and behind this grilles are intake vents for cooling the laser, with exhaust ports at the rear. There are some basic controls on the left-hand-side as you face the projector, and it comes in a choice of matte black or matte white.

The connections are located in a recessed area beneath the controls on the left, and here you’ll find two HDMI 2.0 inputs with HDCP 2.3, an Ethernet port and RS-232C connector for serial control, a 12V trigger, an IR input jack, and a USB port for power. The lack of HDMI 2.1 inputs is disappointing for a high-end projector, especially if you’re a gamer looking to play at 4K/120.

While there is support for 3D, Sony dropped the built-in emitter found on previous generations. So you’ll need to buy a compatible third-party emitter and connect it to the 3.5mm 3D Sync Out jack on this projector. The good news is that once you’ve got the emitter, and some glasses, the incredible luminance of this beamer delivers bright and detailed 3D with no annoying crosstalk

The included remote is Sony’s standard controller, and it’s a fairly large zapper with a backlight for use in the dark. The buttons are sensibly laid out, and it’s comfortable to hold and use with one hand. It includes all the buttons you’ll need to setup and operate the XW7000, plus a few handy direct access keys for important calibration controls if you fancy further tweaking the settings.

Setup is simple, using either a stand or bracket for a ceiling mount. Motorised lens controls make zooming, shifting and focusing the picture quick and easy, plus you can save different aspect ratio settings if you’re using a 2.35:1 ‘Scope screen. The Sony powers up and down very quickly, and is reasonably quiet in operation (depending on the laser brightness setting).

It’s a shame the XW7000ES doesn’t support 4K/120 high-frame-rate gaming, because in all other respects it’s an excellent (if expensive) projector for gamers. Thanks to its bright and detailed images, as well as its peerless motion handling, the performance with SDR is superb, while HDR gaming is often exceptional due to the laser light source and HDR enhancements.

The overall gaming experience is smooth and responsive thanks to a dedicated game mode, and when engaged this preset delivers a pleasingly low input lag, although it will vary depending on the source. With 2K/60 the lag is 28ms, but this drops to 20ms with 4K/60, and goes as low as 12ms with 2K/120. Regardless of source, these response times are lightning fast for a projector.

The Sony VPL-XW7000ES delivers a spellbinding combination of cutting-edge performance and high-end features. The absence of HDMI 2.1 inputs disappoints, but this projector is aimed at film fans rather than gamers. Thankfully, the remaining specifications impress, with motorised lens controls and memories, along with support for native 4K, HDR and 3D. A stylish design and solid build quality round-out a tempting package that’s sure to elevate any home cinema installation.

This beamer delivers super-bright and punchy big screen images, thanks to its long-life laser light source. The accuracy is excellent, and near-perfect after calibration, while the image processing and motion handling are class-leading. The colour gamut could go wider, and black levels deeper, but effective tone mapping gets the best out of HDR. While shadows sometimes appear crushed, this projector’s sharp and detailed images will impress even the most demanding cinephile.

This epic planet-hopping and black hole-skipping sci-fi adventure often feels like an astrophysics seminar, but the visuals are spectacular. The scenes on the ice planet will seriously test a projector’s ability to light-up a screen while rendering whites without clipping.

This fun horror film set during the D-Day invasion revolves around US paratroopers fighting Nazi zombies. The first half of the film also takes place entirely at night, making it the ideal test of a projector’s black levels and ability to reveal shadow details.

The Sony XW7000ES delivers incredibly bright and ultra-sharp 4K images that light up even the biggest projection screens. An impressive HDR performance and class-leading image processing will also dazzle, making this beamer a great choice for home cinema enthusiasts