TV & Home cinema reviewsHiFi  reviewsGuides videos & Live sign up helpline
Menu
By clicking “Accept”, you agree to the storing of cookies on your device to enhance site navigation, analyse site usage, and assist in our marketing efforts. View our Cookie Policy for more information.
Open peferencesDeny allAccept all
Written by
Ed Selley
November 3, 2022

Get a free 15-MINUTE consultation with one of our experts.
Book a consultation
Return to
Music systems 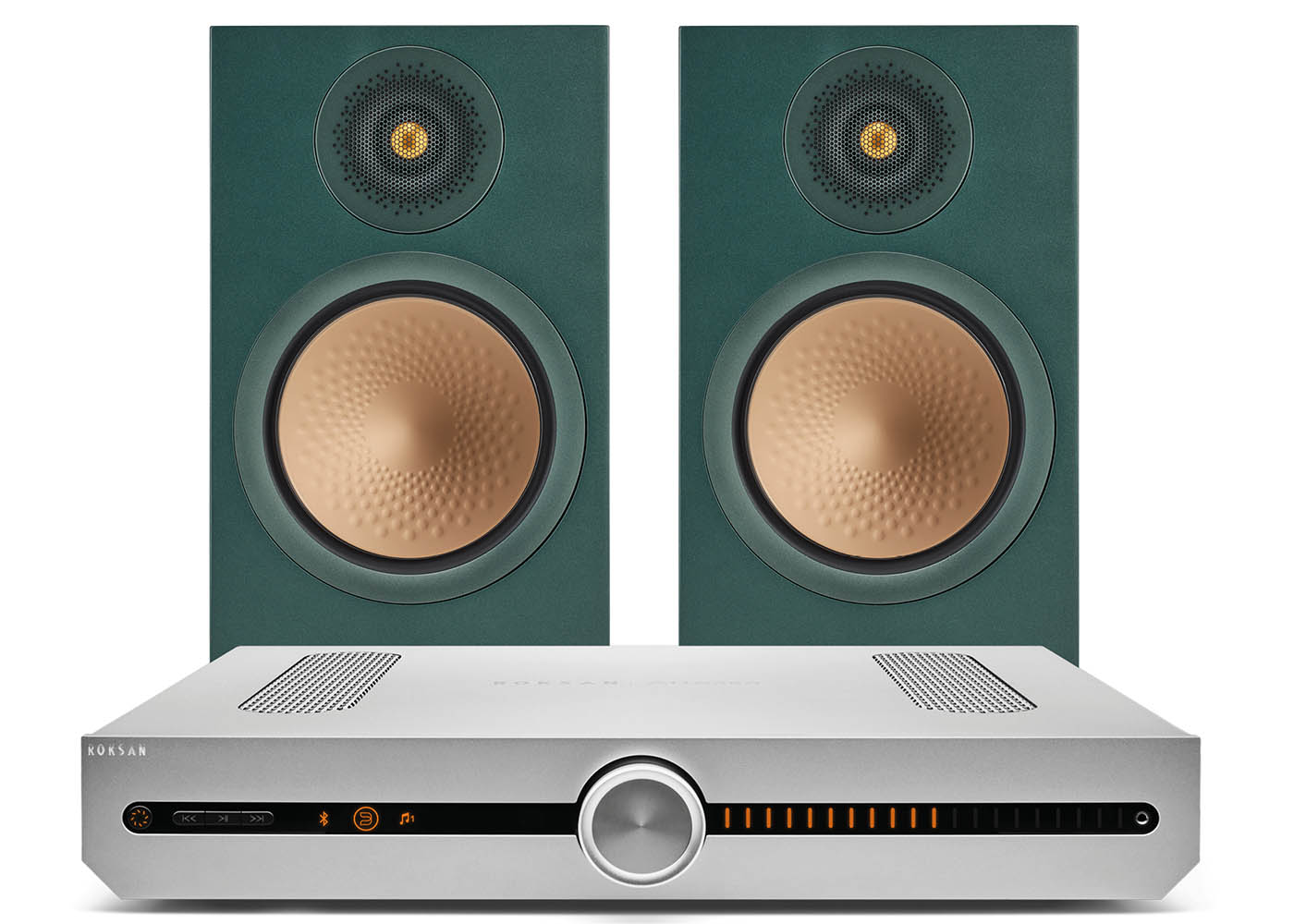 As much as I adore the hi-fi industry, I am not and never have been a fan of the idea that it is somehow necessary to suffer for great performance. There is no virtue to something being hard to use or so stripped of functionality that it cannot operate outside of a role that isn’t so much an operating envelope as it is a sachet. You will not be surprised to hear then that I have found the last few years of development in audio to be very good ones. All of a sudden, there seems to be consensus that you can enjoy excellent performance without compromising on functionality and user experience.

The system you see here is very much in the modern mould. It can do a great many things but the manner in which it does them, is intended be slick and hassle free. It’s also something of a first. Monitor Audio purchased Roksan some years ago but it has taken until now that two products designed at roughly the same time have been sent together to test. Is the result greater than the sum of its parts?

Roksan Audio is a longstanding and highly regarded audio brand. It initially carved its reputation with a selection of excellent turntables before moving into amps and source equipment which earned a loyal following too. The Attessa range is the first to appear since the takeover and it’s a clever combination of classic Roksan features and new tricks.

The Streaming Amplifier here is the most interesting of the range. Taken at face value, it’s absolutely in keeping with Roksan amps from the last few years. The 80 watt amplifier is a class AB type rather than class D and you’ll find a pair of RCA inputs alongside a moving magnet phono stage. There’s also two optical and two coaxial inputs, giving you useful flexibility over what you connected.

Where things get clever though is that the Roksan is also fitted with a streaming module. Not just any streaming module either. It is an example of the BluOS platform, commonly seen on Bluesound and NAD devices and licensed for use here. Put simply, it’s brilliant. If you need DSD support or some other vaguely esoteric features, it might not appeal but if you want a stable, easy to use and effortlessly slick means of browsing both your own content and pretty much every streaming service known to humanity, it’s superb.

All this comes encased in all metal casework that, in the silver finish especially, manages to hark back to some classic Roksan designs while feeling clean and modern at the same time. It’s well made and immaculately finished to boot.

Monitor Audio is a company that knows a winning formula when they see it and the fact that the little ‘7G’ in the name of the Silver 100 7G stands for ‘seventh generation’ is a neat indication of that. The Silver 100 is the larger of two standmount designs and combines a mid bass driver no less than 203mm across with a 25mm tweeter. These are both made from ceramic coated aluminium and magnesium and – rather unusually in 2022 – the Silver 100 can also be biwired.

The pair of Silver 100s supplied for testing differ from the normal model in that they are in a special limited edition finish of green cabinet with bronze drivers to commemorate the Monitor Audio’s 50th anniversary. Cards on the table time; I looked at the pictures and was rather underwhelmed but in the flesh, I rather like the effect as have others who have seen it, helped in part by the build quality and finish being excellent too. The limited edition finish costs an extra £100 over the more conventional wood options of the standard Silver 100 7G.

I have tested the Attessa streaming amp on its own prior to this and enjoyed it but the argument for choosing speakers developed in the same organisation starts making its case very quickly. On some occasions, I found the Attessa on its own a fraction ‘safe.’ I enjoyed the tonal realism and refinement but found myself looking for a bit more bite and attack at times. With the Silver 100 7G in harness, the Attessa has truly come into its own.

What’s most intriguing about this is that the Monitor Audio isn’t a bright speaker; indeed over the years, they’ve become positively full bodied. What it possesses though, is an energy that means that when it is driven correctly – something that the Roksan does effortlessly – it adds a sparkle to the performance that lifts the combination to something more than the sum of its parts. Simple physics plays a role here too. The mid bass driver has impressive low end weight to it which lends this duo a room filling authority that it retains even at comparatively low levels. Voices and instruments are consistently well handled and it’s hard to provoke, even with edgy recordings.

This makes it easier to appreciate how well implemented the Attessa streaming amplifier is. The Texas Instruments digital stage is tonally engaging and has a sense of balance and control that makes it very hard to unsettle. The most interesting thing for me is how effectively this tonal balance is maintained across the analogue connections too. If you like what the Roksan does, the manner in which it does it no matter what connection you elect to use is hugely impressive.

Living with the Monitor Audio/ Roksan

In a recent Sound Advice Live, I said that the Attessa should be seen as demonstration of how to build a modern hi-fi product. The reason for that is down to the installation and user experience. Thanks to the BluOS module, the Roksan is barely harder to set up than a wireless speaker. Controlled via a phone or tablet, the whole experience is slick, logical and entirely user friendly.

Then, once you are happy with that, the Roksan goes about showing off the advantages of separates. The connectivity isn’t intimidating but there’s enough to ensure you can use the Attessa in the way you want to. This is helped by the inclusion of a decent remote control and a very clever integrated volume control and input selector that works like a charm in use.

The Silver 100 7G is no less well adjusted. So long as you have the room for what is a fairly hefty cabinet to fit that big mid/bass driver in, the resulting speaker is fairly fuss free, helped by foam bungs to temper the bass output and no unwelcome requirements in positioning terms. Like everything I have ever tested from Monitor Audio, it is also immaculately built and finished too.

Sometimes, the combination of two bits of kit from the same company can be a genuine leap over the performance of the items separately and so it is the case here. Both of these items are strong performers on their own but in combination they’re hugely talented. When you combine this with the flexibility and user friendliness of the Attessa platform you have a seriously accomplished audio system.

Roo Panes Little Giant
Worth the price of admission for the title track alone, the energy and effortless low end available here fills out the neo folk arrangements with a weight and confidence they need to convince.

Terry Callier Occasional Rain
‍ That ‘sparkle’ that Monitor Audio brings to the performance is what makes the jaw dropping Trance on Sedgewick Street stop being a presentation and become an utterly invigorating performance.

If you have been using wireless speakers and other similar equipment but want to experience separates without the hassle, this is an absolutely great place to start looking. It sounds good, it looks good and it asks almost nothing of you day to day.