TV & Home cinema reviewsHiFi  reviewsGuides videos & Live sign up helpline
Menu
By clicking “Accept”, you agree to the storing of cookies on your device to enhance site navigation, analyse site usage, and assist in our marketing efforts. View our Cookie Policy for more information.
Open peferencesDeny allAccept all
Written by
Steve Withers
April 20, 2022 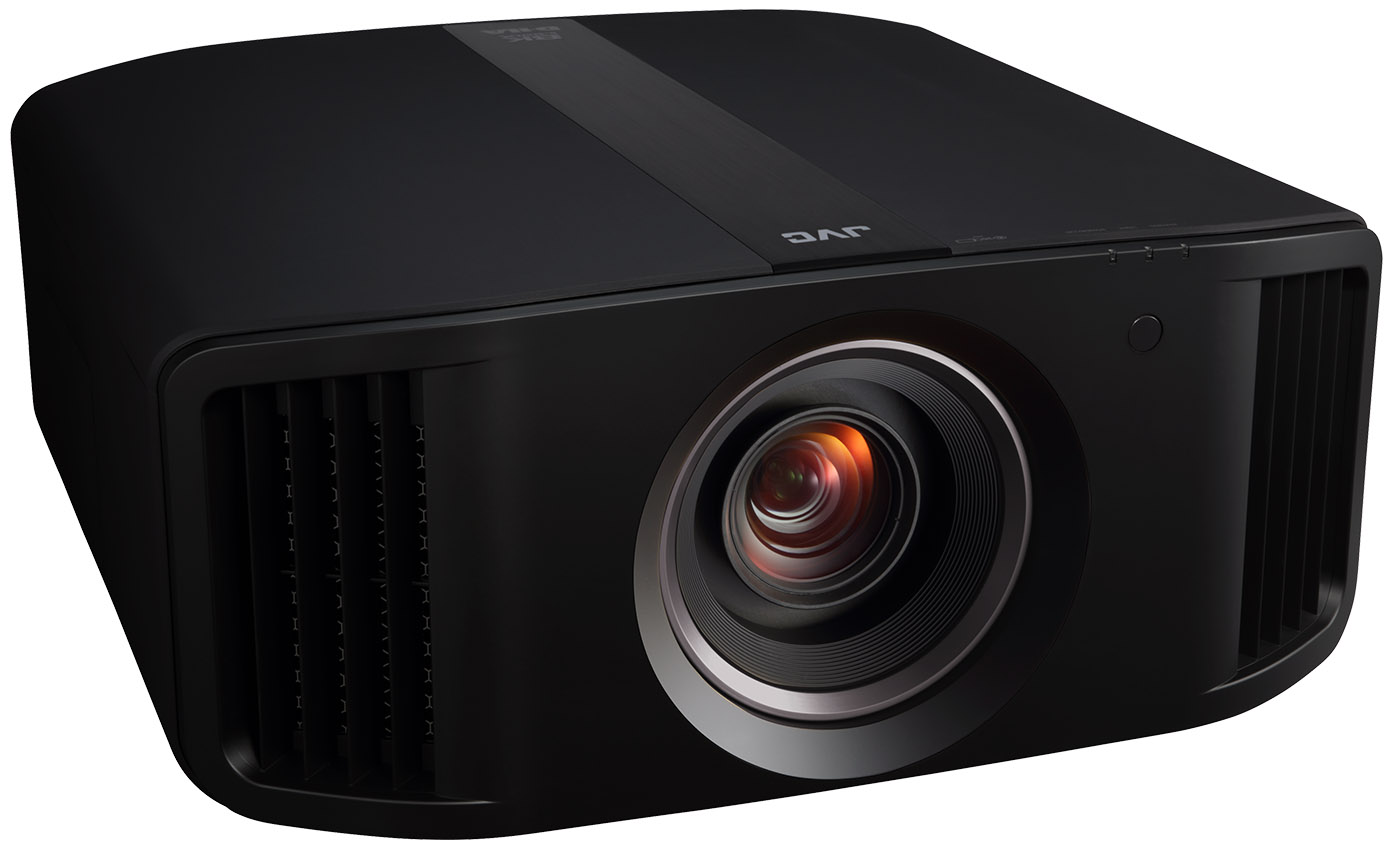 These new projectors also include 8K/e-shift processing for even higher resolution pictures, HDMI 2.1 inputs for 8K and next-gen gaming, and are among the first to support the HDR10+ format. The DLA-NZ8 sits in the sweet spot of the manufacturer’s new line-up, offering more features than the less expensive DLA-NZ7, but a nearly identical performance to the flagship DLA-NZ9.

The JVC DLA-NZ8 delivers the kind of gorgeous big screen imagery for which the company is justly famous. The native 4K D-ILA chipset and 65mm all-glass ensure images so clear and detailed that even the most demanding pixel-peepers will be happy. The overall uniformity and geometry of the projected images are equally as precise, so all the basics are covered.

The colour accuracy is also exceptional, with a beautifully natural reproduction that hits all the industry standards right out of the box. The light path has been improved for greater contrast, and when combined with those deep blacks the benefits of a JVC projector are there for all to see, while the increased brightness of the laser light source produces images that really pop.

This projector is equally impressive when it comes to motion handling, with buttery smooth images that are free of blurring and unwanted artefacts. The processing is also superb, taking lower quality content and upscaling it to the NZ8’s 4K capabilities, while the 8K/e-shiftX device is a revelation, shifting pixels in four directions to create images with a perceived resolution of 8K.

This projector is a stellar performer with SDR (standard dynamic range) content, but it’s with HDR (high dynamic range) that the JVCs are in a class of their own. Aside from having the necessary latitude from deep blacks to bright highlights, their cutting-edge tone mapping analyses the HDR content in real time, rendering it perfectly to match the increased brightness and wider colour range.

The resulting HDR is often breathtaking, revealing all the detail in the shadows, while ensuring the brighter highlights aren’t blown out. The HDR images are clearly superior to SDR with saturated colours and a punchier dynamic range, while HDR10+ support allows the JVC to take advantage of the format’s added tone mapping information, ensuring the images are perfectly displayed.

Although not as popular as a few years ago, there are still plenty of 3D movies out there on Blu-ray, and the NZ8 displays them with pictures that are bright, accurate, and free of any ghosting. You’ll need to stump up for the optional RF transmitter and glasses, but if you do decide to buy them you’ll be rewarded with big screen 3D images that are probably superior to your local multiplex.

The first thing to point out is that the JVC DLA-NZ8 is big… really big. This isn’t the kind of projector you whip out for movie night, it’s designed for dedicated installations and requires a solid stand or serious ceiling mount.

To get the most out of it you’ll also need to make the room as dark as possible, otherwise you won’t benefit from those reference quality black levels. And invest in a decent screen as well, there’s no use pointing a projector like this at a white wall.

In all other respects the NZ8 is easy to set up and use, with an intuitive menu, a backlit remote, and generous motorised lens controls. There are even up to ten memory settings for different aspect ratios if you’re using a ‘Scope screen.

The laser light source is not only brighter and more consistent than a lamp, but has a 20,000-hour lifespan, allowing you to theoretically watch a film a day for the next 20 years. The NZ8 is also pleasingly quiet in operation, even in the high laser mode, so there’s more brightness to play with.

Finally, the HDMI 2.1 inputs use the full 48Gbps bandwidth, which means they can handle 8K/60p and 4K/120p signals. While the former is currently hard to find, the latter allows you to enjoy super-responsive high-frame-rate gaming on the latest Xbox Series X and PlayStation 5 consoles.

This nerve-wracking First World War adventure boasts Oscar-winning 4K photography from Roger Deakins, which is beautifully reproduced by the NZ8. Every shot looks great, but it’s the nighttime scenes lit only by flares that really show what this projector can do with blacks and shadows.

Roger Deakins also won an Oscar for his work on this sci-fi thriller, and uses pin-sharp 4K images and stylised compositions to create a dark vision of the future. Check out the orange haze over a post-apocalyptic Las Vegas to perfectly demonstrate the NZ8’s more saturated colours.

This colourful circus-based musical pops with exaggerated primaries and fine 4K detail, while the HDR uses its greater dynamic range to great effect. As Jenny Lind sings the showstopper ‘Never Enough’ while standing in a spotlight, the NZ8 picks out the glittering highlights in her dress.

There’s no denying the JVC DLA-NZ8 represents a serious financial investment, but you won’t find a better specified or more feature packed projector for this or any other price. The picture quality is stunning, the HDR tone mapping is exceptional, and the 8K/e-shiftX processing is a revelation. Thanks to its laser’s incredibly long lifespan and the future-proofing offered by HDMI 2.1, you can also take comfort in the fact the NZ8 is probably the last projector you’ll ever need to buy.