TV & Home cinema reviewsHiFi  reviewsGuides videos & Live sign up helpline
Menu
By clicking “Accept”, you agree to the storing of cookies on your device to enhance site navigation, analyse site usage, and assist in our marketing efforts. View our Cookie Policy for more information.
Open peferencesDeny allAccept all
Written by
Steve Withers
April 20, 2022

JVC has built up a reputation for making fine projectors, the DLA-NZ7 contniues in that tradition 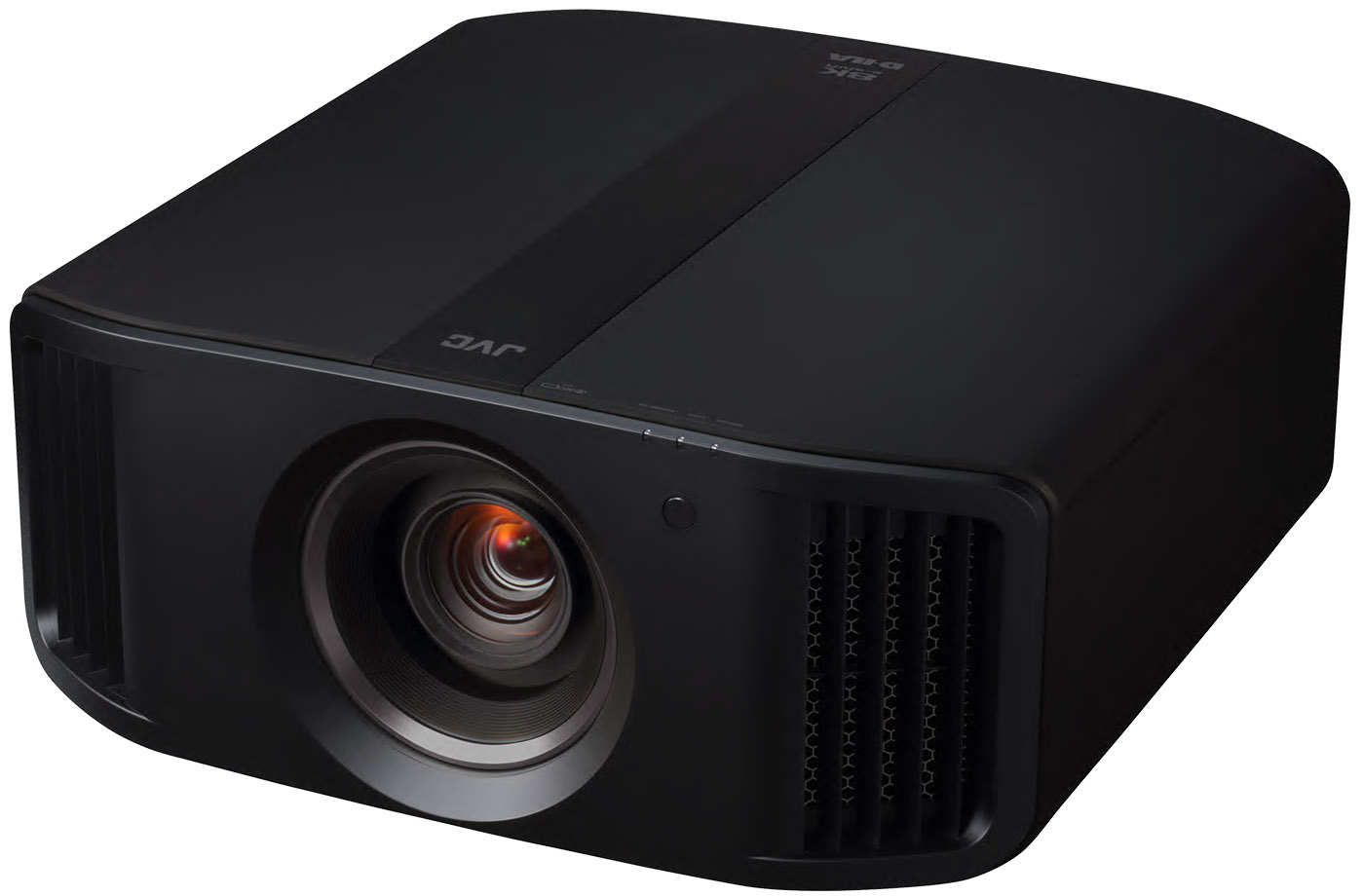 JVC has been making some of the best projectors money can buy for over a decade, building a sterling reputation over that time for delivering class-leading blacks and film-like images. The company’s latest generation of 4K HDR beamers now use a laser light source to deliver big-screen pictures with richer colours, increased brightness, and a longer lifespan.

Theses new projectors also include 8K/e-shift processing for even higher resolution pictures, HDMI 2.1 inputs for 8K and next-gen gaming, and support the HDR10+ format. The DLA-NZ7 is the entry-point into this new range, offering most of the cutting-edge features found on the more expensive DLA-NZ8, but at a price that won’t require a second mortgage.

The JVC DLA-NZ7 might be considered the entry-level projector in the new JVC line-up, but you’ll find that hard to believe when you see it in action. It delivers crystal clear and incredibly detailed big screen pictures that are the equal of the higher-end NZ8, primarily because both use the same native 4K D-ILA chipset, 65mm all-glass lens, and BLU-Escent laser light source.

The overall uniformity and geometry of the projected images are equally precise, and the colour accuracy is also impressive, with a wonderfully natural delivery. The light path doesn’t have the contrast-enhancing coating used by the NZ8, but those superlative JVC blacks are present and correct, while the increased brightness of the laser light source gives whites a nice pop.

JVC has improved the motion handling with this new generation, and as a result the NZ7 renders moving objects with a pleasing smoothness that’s free of blurring and unwanted artefacts. The processing is also cutting edge, upscaling lower resolution content with precision and using the 8K/e-shiftX device to create breathtaking images with a perceived resolution of 8K.

While the NZ7 looks amazing with SDR (standard dynamic range) content, it’s with HDR (high dynamic range) that it really gets a chance to shine. JVC’s proprietary Frame Adapt HDR and Theatre Optimiser technologies ensure class-leading HDR from its projectors, and once you add those deep blacks and super-bright laser highlights the images are simply jaw-dropping.

The NZ7 is especially good at revealing all the detail in shadows, while simultaneously displaying bright highlights that don’t appear blown out. While this projector doesn’t have the wide gamut filter found on the more expensive NZ8, the saturated colours are still spectacular. The extra tone mapping information of HDR10+ also results in images that are amazingly punchy and detailed.

If awesome SDR and reference-setting HDR isn’t enough, there’s also support for 3D. The NZ7 delivers the extra dimensionality with pictures that are bright, accurate, and free of any ghosting. You’ll need to invest in the optional RF transmitter and glasses, but if you’re a fan of the third dimension you certainly won’t be disappointed with this stellar all-round performer.

The JVC DLA-NZ7 uses the same chassis as the other projectors in the range, which means it’s big. This is a serious projector designed for a dedicated home cinema, but if you make the necessary effort you’ll be rewarded with a picture that’ll put most multiplexes to shame.

You can stand or ceiling mount the NZ7, but the key is to make the room as dark as possible, so you get the full benefit of those inky blacks. Any ambient light will washout the image and destroy the contrast. You should invest in a decent screen as well, to maximise the image quality.

Once installed the NZ7 is a piece of cake to setup and use, with a well-designed menu, a backlit remote, and generous motorised lens controls. You can even create different aspect ratio settings, which makes this projector ideal for cinephiles who want to watch a film as the director intended.

The laser light source has a claimed lifespan of 20,000 hours, which means this projector can wow your friends on movie night for the next couple of decades! It’s also brighter than a lamp, more consistent, and surprisingly quiet when you consider the size and brightness of this beamer.

Finally, the HDMI 2.1 inputs use the full 48Gbps bandwidth, which means they can handle 8K/60p and 4K/120p signals. While the former is currently hard to find, the latter allows you to enjoy ultra-responsive high-frame-rate gaming on the latest Xbox Series X and PlayStation 5 consoles.

Robert Zemeckis’s WWII thriller boasts native 4K photography that looks incredibly detailed on the NZ7, but it’s the scene where Brad Pitt watches an air-raid at night which allows the JVC to show off its deep blacks, precise shadow detail, and bright specular highlights.

Oscar-winning cinematography brings Frank Herbert’s sci-fi classic vividly to life. From the rain-swept beaches of Caladan to the dark foreboding castles of Geidi Prime to the sun-blistered deserts of Arrakis, everything is rendered in jaw-dropping 4K clarity.

Stanley Kubrick knew how to shoot a movie, and his terrifying adaptation of Stephen King’s horror novel perfectly demonstrates this master filmmaker’s attention to detail. The stunning 4K visuals are perfectly composed, while the inclusion of HDR10+ makes the most of the NZ7’s features.

The DLA-NZ7 might be the ‘entry-level’ model in JVC’s new laser-powered line-up, but it still represents a significant financial investment. The good news is you won’t find a better specified or more feature-packed projector at this price. It even gives the high-end NZ8 a run for its money. The picture quality is stunning, the HDR tone mapping is exceptional, and there’s state-of-the-art 8K/e-shiftX processing. The NZ7 certainly isn’t cheap, but the long-life laser light source and future-proofing of HDMI 2.1 means you’ll get years of fun from this gorgeous big-screen beamer.