A touch quirky, these reference headphones are a carefully considered mix of wood and engineering to produce exceptional performance 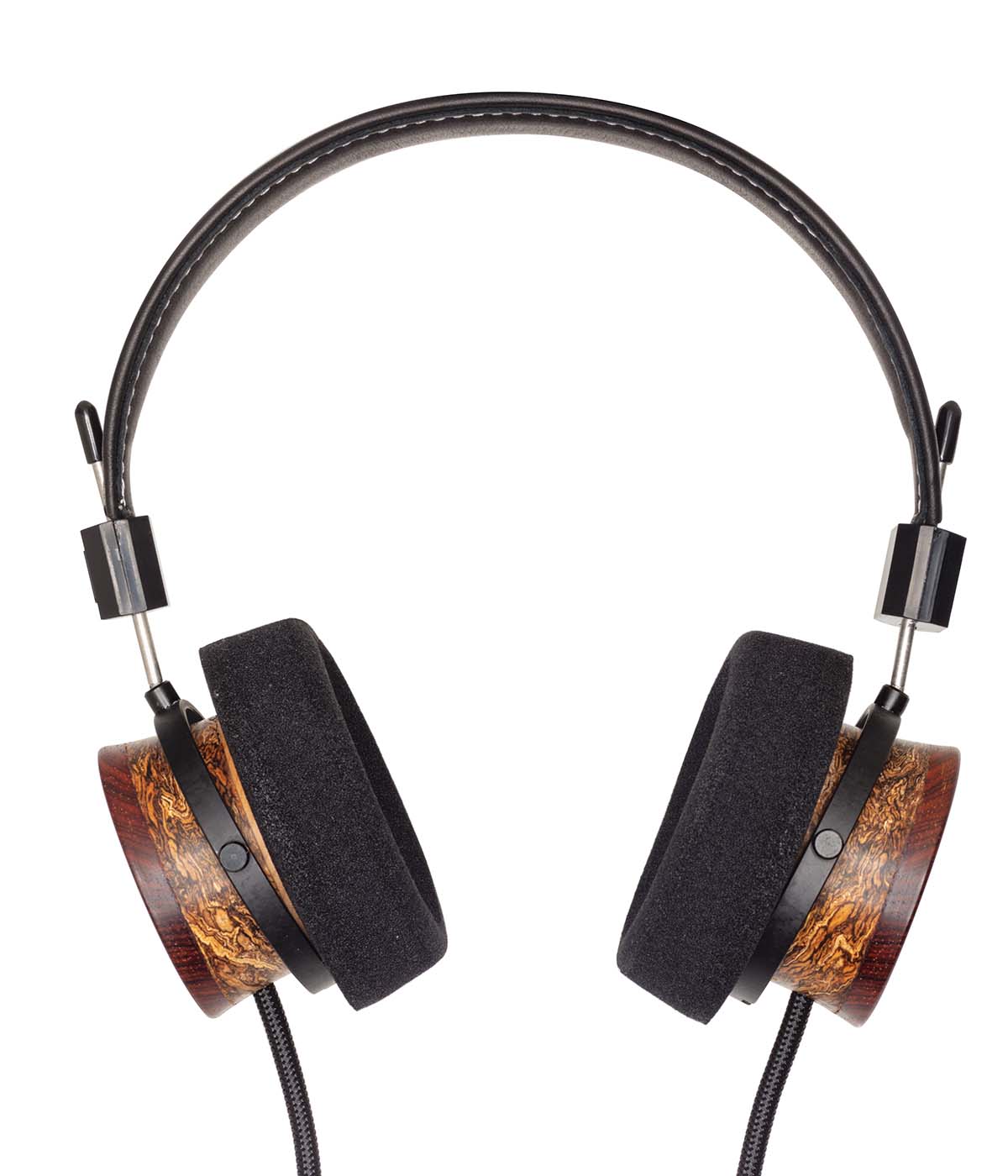 Grado has a long and distinguished history of doing things in the manner in which it wishes to do them with precious little interest in what their notional competition are up to. The RS1X might look like it was used for dressing the set of Mad Men- that is to say much like every other Grado headphone of the last 30 years- but it is a fairly significant departure from how the company has made headphones up to now.

The premise of the RS1x might be best be described as ‘less headphone, more driver.’ The former is down to Grado moving to a combination of three different wood species for the driver housings. The combination of maple, hemp and cocobolo allows Grado to control resonances better and produce a stiffer, lighter and smaller driver enclosure (and as the RS1x is open backed, it doesn’t need a huge housing anyway). Into this smaller housing, goes a newer, larger 50mm driver. The result is a headphone that effectively holds the driver in free space. This does mean that the RS1x is very definitely a home headphone as noise leakage is on the high side.

The manner in which the these enclosures are attached to the simple, almost completely unpadded headphone is either, ‘minimalist’ or ‘crude’ depending on your engineering preferences but the results are interesting for a few reasons. The first is that, although the Grado eschews the sort of comfort levels some more overtly padded rivals can achieve, it is actually quite pleasant to wear for extended periods, partly because it is rather light and partly because the force it exerts on the head is low. The finish and overall build of the Grado is excellent and, while the accessories count is a bit parsimonious, you can use the box for storage if you want.

In some ways, even discussing whether the Grado should have better accessories or how comfortable it is might be seen as irrelevant. If the party piece of the RS1x appeals to you, you’ll find a way to make them work because almost nothing else will do. That party piece is a reflection of the Grado design priorities and their refinement in the RS1x. The effect of listening to them is to experience two drivers in free space with nothing so mechanical as a headphone in the way. The physical elements of the Grado simply disappear.

As all you can hear are those drivers, it is as well that their performance is exceptional. The Grado is tonally accurate with a huge selection of vocal and instrumental styles and that larger size gives them impressive bass response too. Some other designs can go deeper still but very few of those can match the breathtaking speed and agility that these ones do. The combination of these virtues means that the Grado is consistently vibrant and dynamic. You are never a passive spectator to the music being played and are instead drawn in and emotionally engaged with it. Across a huge selection of music, the Grado never fails to pull you in.

Living with the Grado day to day is largely painless too. The most important caveat to their performance (aside from noise leakage which Grado makes no secret of) is that they are sufficiently revealing enough that very poor quality mastering and electronics will be shown up by them so some care needs to be taken in their system matching. The counter to this is that they are impressively easy to drive and place no great demands on their partnering hardware, ensuring you can pick equipment you like rather than choose something that has the perquisite oomph.

The RS1x is a little quirky but at its core is an incredibly talented piece of equipment. If you are drawn into to its incredibly dynamic and engaging way of making music, it is highly unlikely that anything else will to.

The Grado is able to get you into the makeshift studio that recorded this album- reportedly for less than $50- and bring the recording to life in a way that few speakers of any kind can get near.

The glossy, nineties production of this fabulous effort is given the space and depth it needs to reveal the fantastic musicianship at the core of the album.

The speed and articulation of the Grado ensures that this chaotic blend of styles never sounds anything less than together and Alison Goldfrapp’s sumptuous vocals put you right there in the mix.

If you are the sort of person who normally finds headphones a bit congested and shut in, these are the most likely solution to that as they are extremely open and expressive.