TV & Home cinema reviewsHiFi  reviewsGuides videos & Live sign up helpline
Menu
By clicking “Accept”, you agree to the storing of cookies on your device to enhance site navigation, analyse site usage, and assist in our marketing efforts. View our Cookie Policy for more information.
Open peferencesDeny allAccept all
Written by
Bruce Black
May 12, 2022 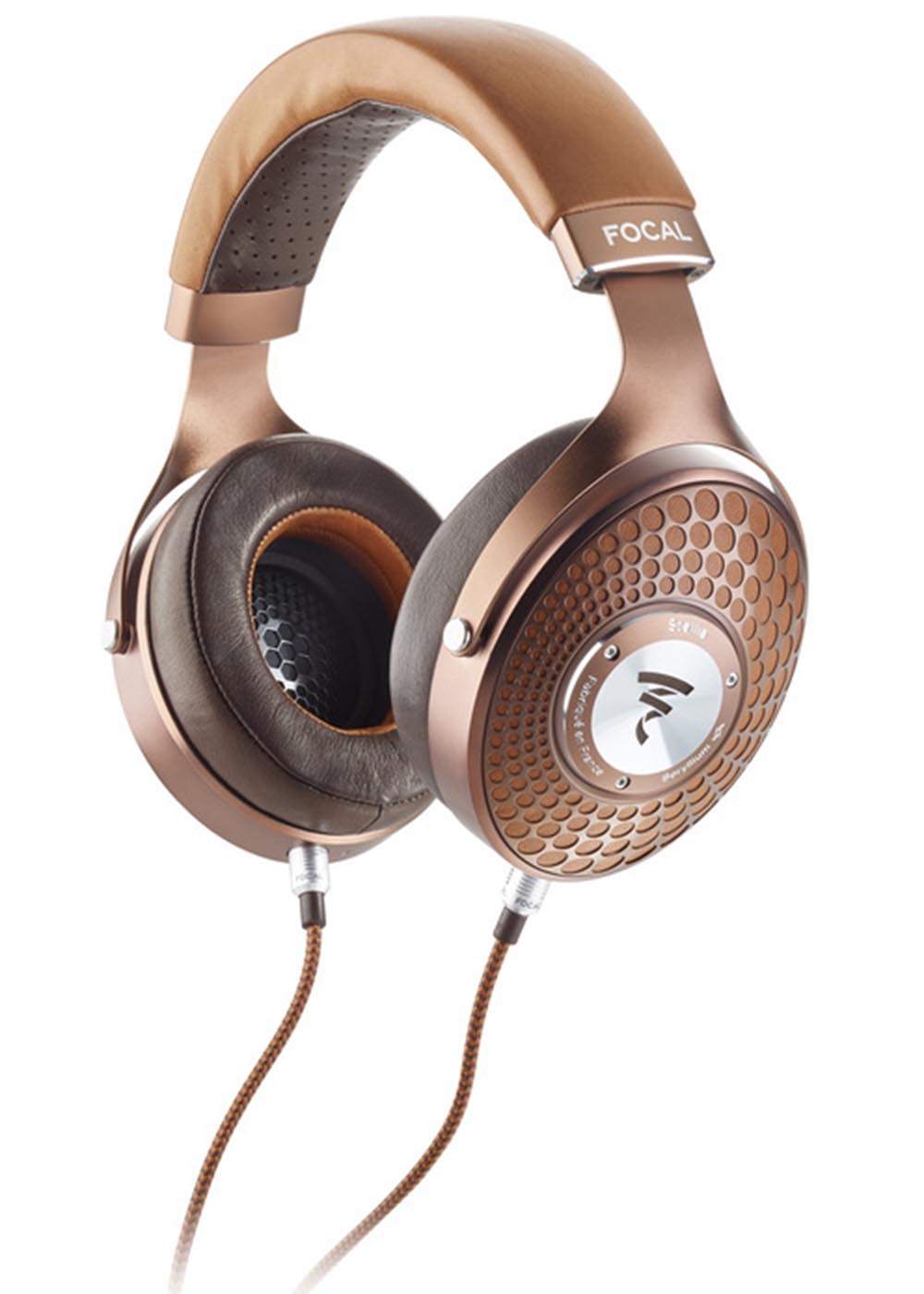 A decade or so ago, a campaign called Made in Britain was launched to promote UK manufacturing. Although it is still around, it doesn’t seem to have the same clout as it once did. However, across the channel, a Fabriqué en France campaign was launched at around the same time with much ‘ooh la la la-ing’. An early exponent (and a remainer) being French speaker brand Focal. So proud is it of this production heritage, that its speakers and headphones prominently carry the Fabriqué en France moniker and in the case of the closed back Stellias on test here, it is subtly engraved on the central metal insert of the earcup.

Although Focal has been designing and manufacturing home audio loudspeakers for around 40 years, headphones are a more recent development. The company exemplifies a certain je ne sais quoi approach to design (a bit like Citroen’s DS and 2CV) and its flagship speakers, with their cranked sections, are nothing if not distinctive – but also a lesson in the way form and function come together perfectly.

And that philosophy is carried through to something much closer to the ear, the Stellia headphones are certainly distinctive to look at and, in terms of performance, there isn’t anything much else in the entire headphone world that sounds quite so, well… real.

What’s more, here is a case study of co-operation across the channel, with Focal working hand in hand with its subsidiary, Salisbury-based Naim Audio. The combination of the Stellias and the dedicated Naim Atom HE (headphone edition) is a real case of joined up thinking, illustrated in no small part by the headphones’ 3m lead with its 4-pin XLR plug (thought by many to deliver superior sound quality) that ties in with the Atom’s choice of socket. And as you would expect, the performance of the pair is exceptional.

However, there is a slight downside, so we might as well get it out of the way; the alternative cable, ostensibly for mobile use, with a choice of 3.5mm or 6.7mm standard headphone jacks, is way out of kilter with the rest of the superb quality package. It’s too short to use at home (granted, it’s not designed for that) and an alternative with a standard headphone jack isn’t supplied. That means you are restricted to using one of the precious few headphone amps with XLR sockets (Naim, Macintosh, Exposure for example) or reverting to some sort of adaptor.

And hands up, we didn’t try it with the mobile alternative. I, for one, am not comfortable on the streets, tubes or trains with £3k of headphones on display, no matter how good they sound…

Closed back headphones are often said to be a bit more constrained in their abilities compared with open back designs where the sound filters in and out to give a more ‘natural’ presentation. All we would say is that closed back models are more practical, and the Stellias do not display any sign of constraint. Difficult tracks such as big, gutsy symphonies have oodles of depth, space and presence.

Every element of the Stellia is designed to benefit the sound and there is no pointless frippery included to make them look ‘cool’. Take the distinctive perforated metal covering of the ear cups that has been carefully engineered to extend the speaker driver’s frequency response; or the super-comfortable ear cushions made from a mixture of luxurious leather and less obvious acoustic cloth designed to both diffuse and absorb the audio signal to create a more realistic delivery.

Out of sight, the drivers within the ear cups are also no slouches in engineering standards. According to Focal, ‘the pure Beryllium (a super lightweight and super expensive metal with formidable acoustic qualities) contributes to the reproduction of the tiniest sound details at both high and low frequencies.’ We’re not great on the properties of Beryllium but would certainly go along with the claims of the audio results.

In part, this helps to make the Stellia’s easy to drive. You can cruise along with your volume control at a very moderate level and still experience the thrill of depth and discovery. The bottom end is always controlled, never muddy, overbearing or shouty, it makes its presence felt but knows its place. Think of those bass dominant tracks such as the hi-fi show classic, Massive Attack’s Angel; the Stellias make it sound musical rather than being some technical exercise in low end thump. From a practical point of view, it’s a joy to be able to listen to these headphones at a modest volume and still experience real musical engagement, clarity and quality.

In fact, what you get to hear sounds perfectly pure and true. Whatever the volume, whatever the music, it’s an absolutely effortless listen. Orchestras fill the soundstage, making it easy to play ‘spot the instrument’ given the amazing distinction and lack of compression in the lows, mids and high registers. The French have a wonderful expression to describe a lack of enunciation (probably aimed at us Brits!) as speaking with ‘a mouthful of potatoes’. You certainly don’t get that here, vocals are rendered as they should be, all the way from Taylor Swift’s lilting clarity to Tom Waits’ throaty gruffness.

Focal recommends a few hours running in and that certainly enriches the depth of what you are treated to. Skirting around the cable issue, what we found with the Stellias was not just extreme clarity but depth and richness from the huge amount of detailed information delivered. To quote a footie standard, it’s a case of strength in depth…

At just under 500g, you might think the Stellias would be a bit too much weight to carry on your noggin for long listens. The results, though, are far from it. The comfort factor is as high as the audio quality, in other words there is very little, and probably nothing, that beats these headphones. There’s no feeling of your head being squeezed and the soft leather cups snuggle comfortably around your ears. They sit so well that not a peep of sound escapes and, equally, no distractions find their way in either.

There is no denying that just under £3000 is an awful lot of dosh for a bit of private listening but we can see the value in such extraordinary engineering, purely because of the joy it delivers, time and time again.

Full of ‘I’ve never heard it sound like this’, moments, this quinquagenarian track is an exercise in exacting stereo separation, lovingly reproduced via MQA on Tidal. Capturing the Dr’s distinctive, gutsy voice, this track drips with atmosphere, and saves you the airfare to New Orleans.

This Portuguese fado singer’s standard delivers skin orgasms by the bucketful, her extraordinary melodic voice reaching the peaks in her live performances.  Ever wanted to know exactly how a 12 string Portuguese guitar sounds? Here you go…‍

This 1995 recording is thought to be one of the best examples of this massive symphony and through the Stellias it’s easy to see why the accolade has been thrust upon it. From the opening notes the lushness and sheer scale is evident as it skips through the various elements of the orchestra with pleasurable coherence and without a hint of confusion.

The Stellia is the flagship model in Focal’s closed back range and you are paying a hefty price for the personal listening privilege, but it is a decision that you will never regret. Listening is nothing short of both mesmerising and extremely revealing every time you put them on and whatever the music