TV & Home cinema reviewsHiFi  reviewsGuides videos & Live sign up helpline
Menu
By clicking “Accept”, you agree to the storing of cookies on your device to enhance site navigation, analyse site usage, and assist in our marketing efforts. View our Cookie Policy for more information.
Open peferencesDeny allAccept all
Written by
Simon Lucas
March 28, 2022

The Cyrus, i9-XR integrated amplifier wants to be the heart and engine of a thoroughly modern stereo system, and is specified accordingly.

It’s very nearly 40 years since Cyrus delivered its debut integrated stereo amplifier, the ‘One’. It established both an aesthetic (small but beautifully formed) and a sound (rapid in the manner of a whippet) for the brand, and Cyrus has refined both ever since.

Although it may not feel like it sometimes, the world of two-channel hi-fi moves forward - and with its new ‘XR’ range, Cyrus is moving forward with it. The i9-XR integrated amplifier wants to be the heart and engine of a thoroughly modern stereo system, and is specified accordingly. Is it another Cyrus hero in a half-width case?

There have been numerous changes, amendments and advances under the hood of the i9-XR, mostly centred around its ability to deal (and deal convincingly) with high-resolution digital audio information. But what hasn’t really changed at all is the emphasis Cyrus gives to any and every piece of music you play through it.

‘Lean’ and ‘detailed’ only begin to describe the sound of the i9-XR. It draws fanatically straight edges at the attack of bass notes, and grants music such speed and momentum it might initially sound insubstantial. But there’s body and substance here - it just never gets to overstay its welcome. From the bottom of the frequency range to the top, nothing is overstated and nothing is underplayed - and overall tonality is balanced and convincing. The top end treads that fine line between ‘bright’ and ‘hard’ with assurance, while the midrange is eloquently revealing of any singer’s intentions and technique.

It has the sort of dynamic facility that can make harmonic variations in a single instrument just as obvious as the ‘very quiet’ to ‘extremely loud’ moments in a song. It’s able to pick apart a recording and make each individual element available for inspection, but without in any way affecting the unity or togetherness of its presentation.

On the most fundamental level, in fact, the i9-XR is cut from the same cloth as every Cyrus integrated amp that preceded it. Few are the price-comparable alternatives that can rival its level of insight, its just-the-right-side-of-relentless front-foot attitude or its out-and-out fidelity. Those who favour a sound that feels like a nice warm bath may not go for it, but the rest of us will find plenty to admire and enjoy here.

Despite its dimensions, the i9-XR is a well-equipped and adaptable amplifier, able to support pretty much any piece of audio equipment you care to mention. If you find you have need for inputs beyond a moving-magnet phono stage, four line-level analogue inputs, a couple of digital coaxial sockets, a pair of digital optical sockets and a USB-B input, well, you need to thin your system out a bit.

The digital inputs all lead to a second-generation version of Cyrus’ QXR DAC - and given it’s capable of dealing with files up to 32bit/384kHz and DSD512, high-resolution audio is firmly on the menu. The i9-XR can power two pairs of speakers too, and can be paired with Cyrus’ new PSU-XR power supply if its 90 watts per channel of power seems a little tentative to you.

So supporting an extensive system, and sounding great while it does so, is no problem for the Cyrus i9-XR. And in terms of ergonomics and usability it’s a decent step forwards for the brand too - but that’s not the same as having authentically good ergonomics, not really.

The new fascia display and touch-sensitive controls are logical and responsive enough. The system-wide remote control, though, is far from intuitive. And for reasons best known to itself, Cyrus has chosen to fit the i9-XR with a 3.5mm headphone output - and it’s positioned on the rear panel, where it’s a) difficult to get at, and b) surrounded by an awful lot of other wiring.

Bob Marley & The Wailers Turn Your Lights Down Low
As laid-back a recording as they come, but the i9-XR locks into the groove and allows all the analogue warmth to shine through - this recording fairly glows once the Cyrus has been at it. As spacious and convincing as it ever sounded.
múm I’m 9 Today

The sort of glitchy, punchy and unpredictable recording that can make many an amplifier sound heavy-legged and clumsy. Not the i9-XR, though - it’s so manoeuvrable and deft it makes the tune sound effortless.

Trusted Reviews were a bit sniffy about the ergonomics and design but gave full hearty praise to the sound quality, and its ability to even the most complex recordings due prominence, without sacrificing a sense of unity or integration. Stereonet were effusive in their praise for an amplifier with excellent build quality that offers excellent sound quality, delivering impressive clarity, with subtlety and finesse. Audio Magazine revels in the design finding the Cyrus i9-XR a true piece of sound art that gets the maximum from every CD while blessing digital recordings with analogue finesse. Stereo Magazine found the i9-XR an extremely agile, fluid and dynamic amp with a powerful DAC scoring the amp highly thanks to fine detail and a new, even higher quality level.

You have to overlook a few operational eccentricities, but do so and the Cyrus i9-XR is as flexible and accomplished a stereo amplifier as this sort of money can buy. Don’t let that half-size casework fool you - this is a grown-up product, one that’s capable of full-size performance. 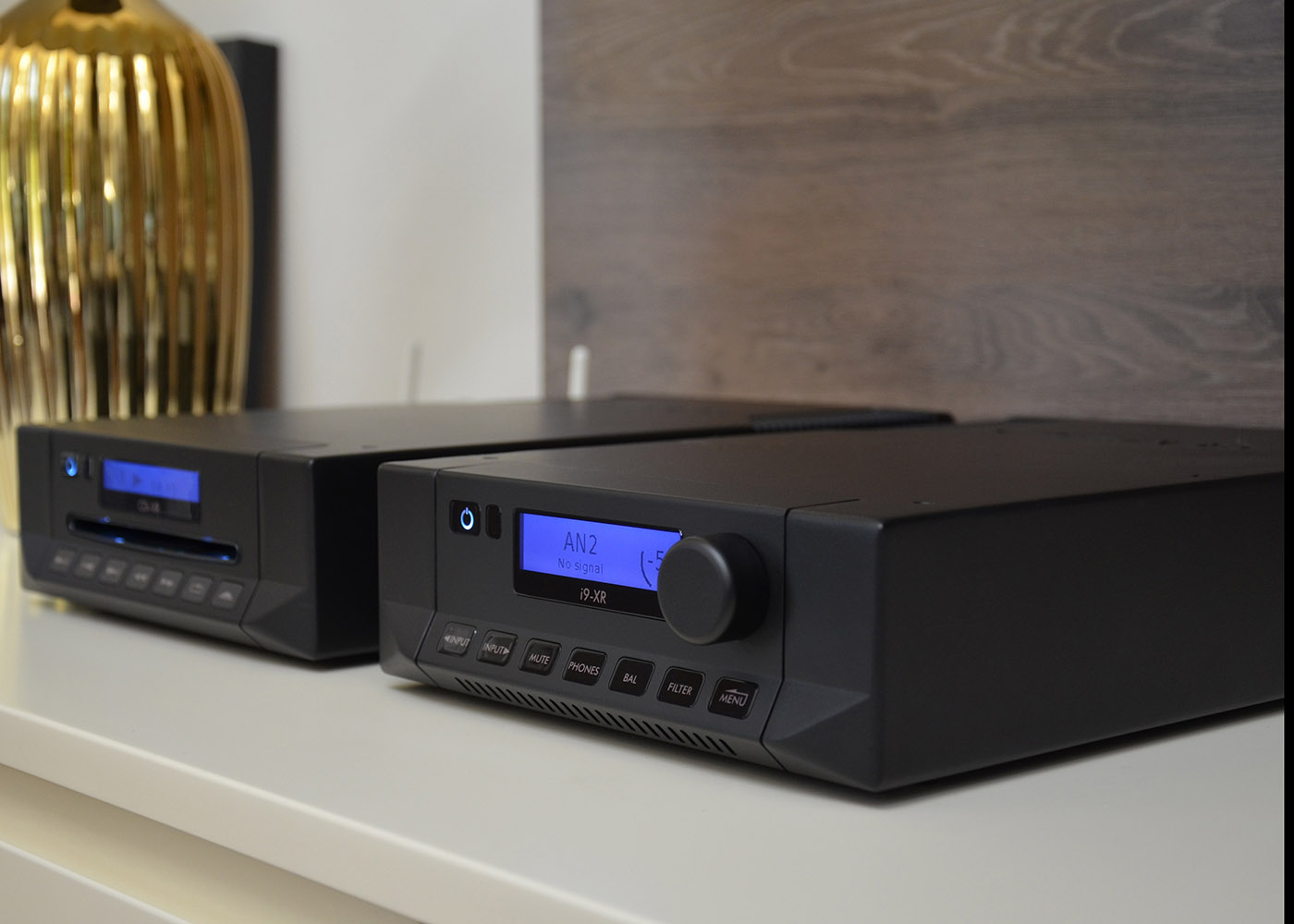 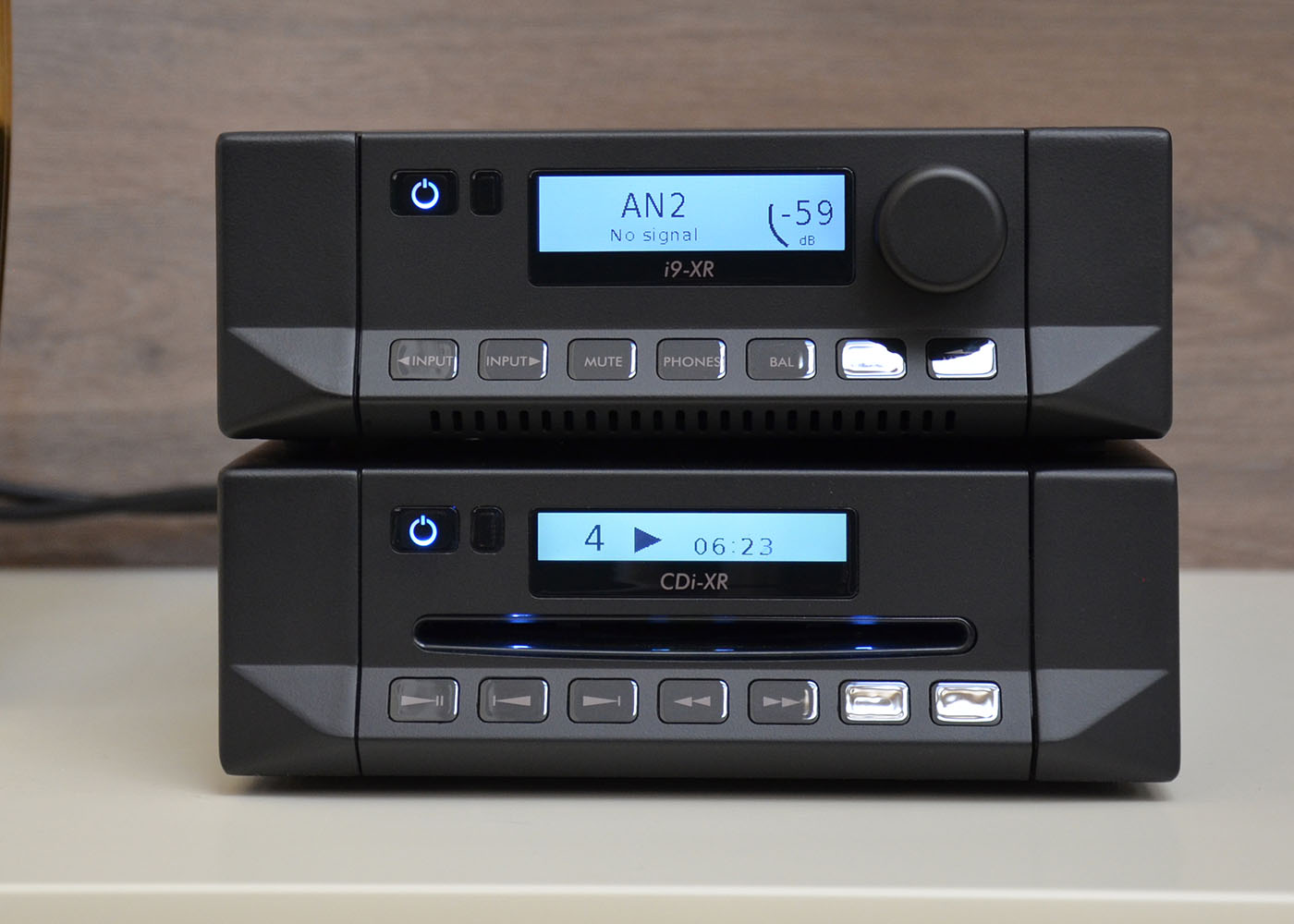