TV & Home cinema reviewsHiFi  reviewsGuides videos & Live sign up helpline
Menu
By clicking “Accept”, you agree to the storing of cookies on your device to enhance site navigation, analyse site usage, and assist in our marketing efforts. View our Cookie Policy for more information.
Open peferencesDeny allAccept all
Written by
Ed Selley
January 24, 2023

The latest 700 Series borrows thinking from the mighty 800 models. Is this a taste of the real high end at a more terrestrial price? 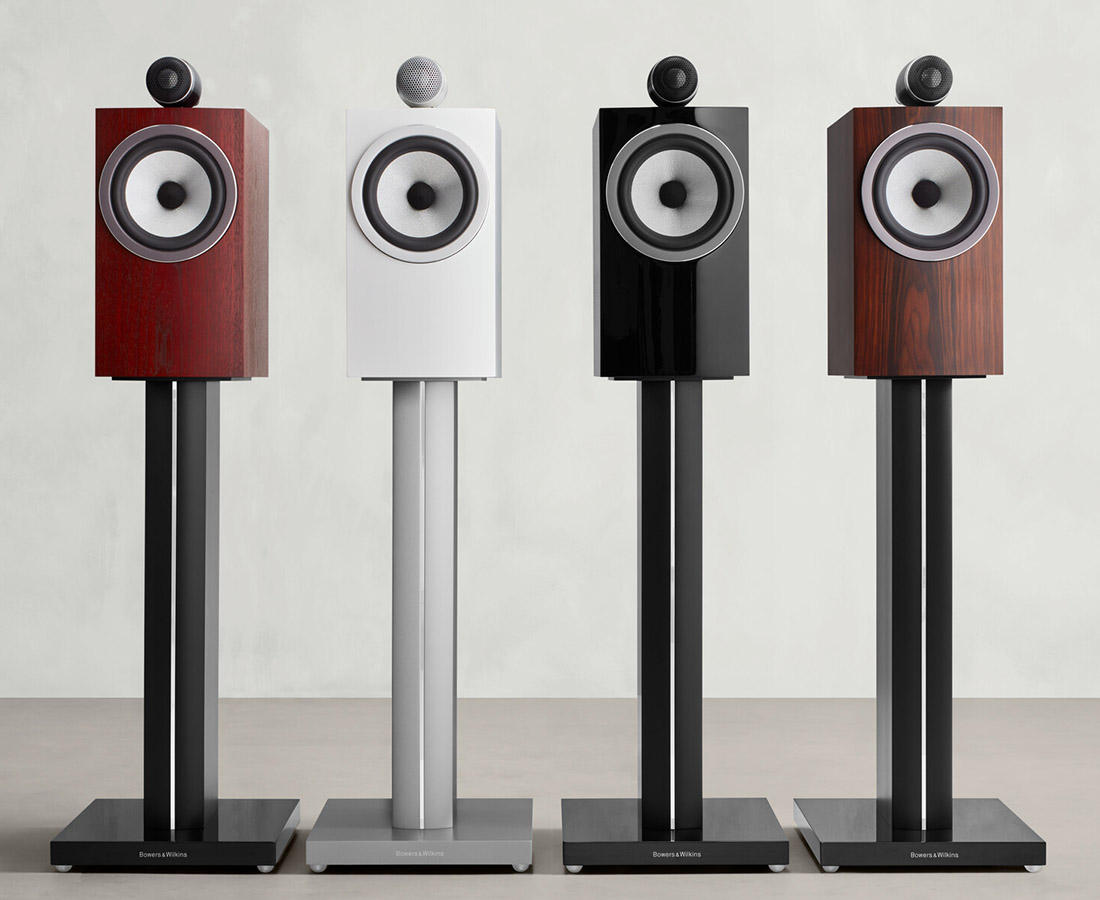 The 700 Series has the longstanding role of being the point where the ideas that first appeared Bower & Wilkins flagship range, the 800 Series, are introduced to a substantially lower price point. The new S3 models, comprising three floorstanders, three standmounts and two centre speakers keeps many of the basic design features of the previous models. In the case of the 705 S3, the largest of the standmount models, this means a 165mm mid bass cone made of the proprietary ‘Continuum’ material, partnered with a 25mm carbon dome tweeter, something now also being used in the PX8 headphone, broadening the sense of continuity across the company’s products.

Where the new 705 S3 sets out to make improvements over the previous model is the cabinet and this begins at the top. The 705 makes use of the ‘Tweeter on Top’ principle where the high frequency unit is placed in its own housing on top of the main cabinet. In the 705 S3, this housing is clearly related to the one used in the ‘D4’ 800 models. It is longer than previous designs and Bowers & Wilkins claims it is more inert and successfully decoupled from the main speakert to help produce a crisper, more integrated sound.

The midbass driver has a new mounting pod inside the cabinet that is designed to ensure that the energy it creates goes out the front where it’s supposed to and not back into the cabinet where it isn’t. The cabinet itself benefits from the development in the ‘Matrix’ bracing system that came about from the 800 program. The most visible manifestation of the changes to the new speaker is the curved front. Not only does this look smart but it provides some of the same benefits of the immensely strong curved ply cabinet of the 800 Series but at a much reduced cost. The resulting speaker does feel impressively inert if not as utterly solid as its big brother.

The work that Bowers & Wilkins has put into the 705 S3 cabinet is shown from the point you begin listening in earnest. Listened to in isolation, the older 705 S2 came across as a transparent speaker but the new one moves the game forward again. Placed with any degree of care and on sufficiently solid stands (Bowers & Wilkins makes a dedicated pair that work well but these aren’t the only option available), the newer speaker gets commendably close to the ideal of drivers in free space.

This impression is bolstered by the way that the 705 S3 presents information. The handover between the two drivers is completely seamless and the frequency response from this relatively small cabinet is mightily confidence inspiring. The top end in particular is enormously impressive. Without losing any detail or energy, the 705 S3 manages to be forgiving with poorer recordings in a way that the older speaker wasn’t. The bass extension won’t necessarily trouble a larger floorstander but crucially, the Bowers & Wilkins feels like it has enough bass to handle everything short of full scale organ music or heavy dub.

One performance aspect of the Bowers & Wilkins can be seen as a slightly more mixed blessing. I have found it to sometimes lack the last ounce of excitement with really impactful music and this can leave you slightly emotionally detached from the performance. It would wrong to describe the 705 S3 as ‘dull’, simply that there are more exciting devices at this price point. This even handedness does cut both ways though. This is a speaker that will happily work on the end of electronics that cost substantially less than the £2,600 asking price of the 705 S3. It is able to maintain almost all of the positive attributes it demonstrates on the end of reference equipment making this an ideal candidate to partner with more affordable components as an upgrade that will also do justice to better quality electronics as and when you have them.

The 705S3 is rear ported (a pair of flow reducing bungs are provided) but, while it won’t thank you for being placed right up against a wall, it has proved to be fairly room friendly in use. The 88dB/w sensitivity and the claimed 8 ohm impedance (which does dip to a rather stiffer 3.7ohm minimum) all suggest a speaker that is reasonably easy to drive too. Something that doesn’t necessarily count as a performance improvement but helps in ownership terms is that the speaker terminals now more closely resemble the 800 Series. As well as looking smart, they are extremely easy to use.

In fact ‘smart’ is the best one word description for the 705 S3. Build quality is immaculate, the three available finishes should give you an option that works well in your listening space and the design is a refreshing antidote to the heavy use of retro that is currently doing the rounds in audio design. This is not an inexpensive speaker but it goes a very long way to looking and feeling worth the asking price.

Without losing any of the virtues that we’ve come to associate with the 700 Series, the 705 S3 looks better, sounds better and plays nicer with more components than ever before. Some people might find them a little polite but there is no doubting that they are a formidable all-rounder.

The 705 S3’s superb top end and tonal realism allow Moss to sound her distinctive best. She’s always the focus of your attention, even while the sparse and moody electronica is unfolded around her.

This hard edged eighties recording would have been a little brittle on the older 700 Series but here, it retains its hard edge without stepping over into sounding thin or unpleasant.

Richard and Linda Thompson Shoot out the Lights

The intensity that this album generates from the first note is something that the 705 S3 does a fine job of capturing. It’s a demonstration that very accurate equipment will still emote beautifully when the emotion is on the record.

If the 805 D4 is a little on the steep side, the 705 S3 presents many of the same qualities in miniature  and like its big brother, it’s the most capable and user friendly of its kind yet. If you are looking to boost the performance of a system of capable components at the £1-1.5k each point, this is a great place to start looking