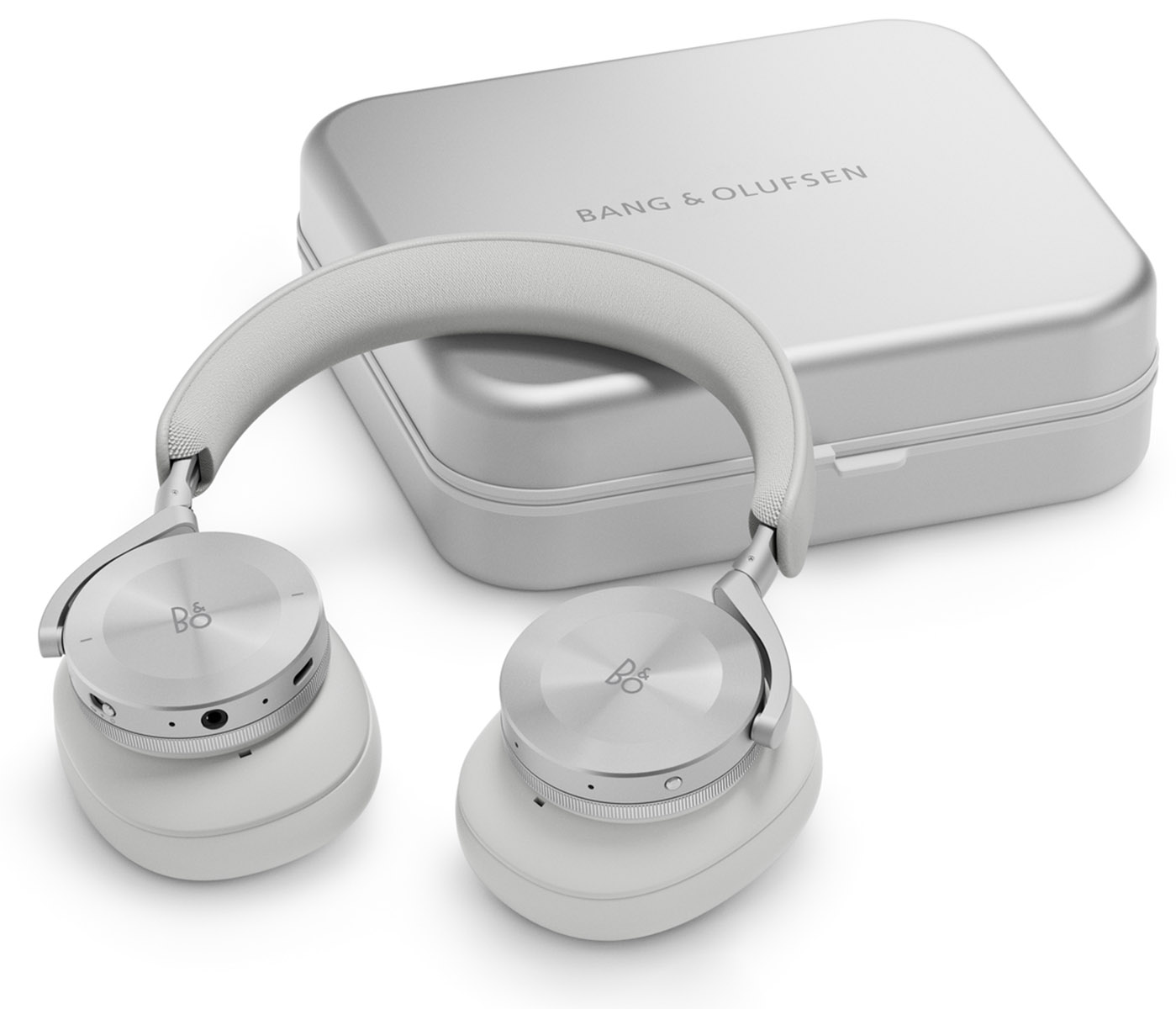 Never knowingly understated, Bang & Olufsen celebrated its 95th anniversary (in part) with the launch of a lavish pair of wireless active noise-cancelling in an almost-as-lavish presentation/storage box.

That the Beoplay H95 would be exquisitely designed, expertly constructed from premium materials and finished to a giddily high standard was never really in any doubt - this, after all, is the Bang & Olufsen modus operandi. No, doubts - such as they were - centred around the Danish specialist’s ability to combine premium build, pleasing tactility and obvious pride of ownership with premium performance. It wouldn’t be the first time the B&O emphasis had skewed too far towards ‘design’, after all…

Of course, the doubters were all left looking a bit daft and cynical. The Bang & Olufsen Beoplay H95 are far from the only game in town where high-ish end wireless over-ear headphones are concerned, naturally, but anyone worried they may be a triumph of style over substance can relax. The H95 are a lovely-sounding pair of headphones.

For once, here’s a pair of headphones that doesn’t fall to pieces, sonically speaking, if you have the temerity to adjust its EQ settings in the control app. But fiddle as you might, you can’t spoil what is a beautifully poised, expansive and thoroughly immersive sound.

Low frequencies are detailed, textured and really very low indeed - but though they carry a lot of weight, they’re controlled sufficiently to avoid dragging at tempos. The opposite end of the frequency range attacks crisply, combining shine with impressive detail levels.And in between, the H95 freights the midrange with what sounds very much like all the detail. Singers sound alive with personality and - where appropriate - emotion, and their attitude is never less than explicit.

The H95 knit everything together tidily, so there’s organisation and unity to even the most complex recordings. Dynamic headroom is appreciable, and the more subtle (but no less important) harmonic dynamics are paid attention to as well. And this overall combination of tonal fidelity, attention to detail and broad-strokes musicality make the H95 never less than rewarding to listen to.

Open what looks like the world’s ritziest lunchbox and the H95 make a great first impression. And thanks to the usual B&O fanaticism where materials, fit and finish are concerned, they make a great impression every other time too. Leather, polished aluminium and memory foam are, it seems, almost everything you need to deliver a pair of headphones of high perceived value.

And on a particular level, the H95 make a lot of sense too. Technical specification ( 40mm titanium/neodymium drivers, Bluetooth 5.1 wireless connectivity with SBC, AAC and aptX Adaptive codec compatibility), touch- or app-control plus your player’s native voice-assistant (and a gloriously tactile, beautifully damped dial/ring around the edge of each earcup), adaptive active noise-cancellation… they may not be your most affordable option, but the Bang & Olufsen H95 are a serious proposition nonetheless.

A combination of a trim 323g wight and some careful headband-and-hanger design means they’re comfy right from the off and basically just stay that way.

Very nearly a century’s-worth of expertise, know-how and shameless indulgence, distilled down into a pair of headphones that combine aural, visual and tactile indulgence in a way that’s without immediate comparison.

Camera Obscura: Tougher than the Rest

This predictably (and winningly) precious canter through the Springsteen standard allows the Beoplay H95 to demonstrate their powers of insight and balance. The last thing this recording needs is to be bossed around by headphones, after all.

Rickie Lee Jones: Woody and Dutch on the Slow Train to Peking

Outrageous syncopation, a bass-player who really needs to calm down a bit and some characteristically forthright vocal inputs make this a recording that highlights rhythmic expression (or the lack thereof). Obviously the B&O pass the audition in fine style.

In less capable hands, the choppy tempo and upfront vocal of this recording can end up scrapping for primacy - but the H95 have great powers of resolution, and consequently every element of the tune behaves itself. A win for unity and togetherness.

“Luxury headphones done right”, according to techradar.com, and we’re not about to argue. It’s hard to take issue with T3’s assertion that the H95 are “pricey but worth it” either, while GQ reckon this is one of Bang & Olufsen’s “most subtly impressive products”.

For a change where B&O is concerned, the answer here doesn’t end with “because you like nice things”. The H95 are deeply accomplished headphones (as well as being nice things)