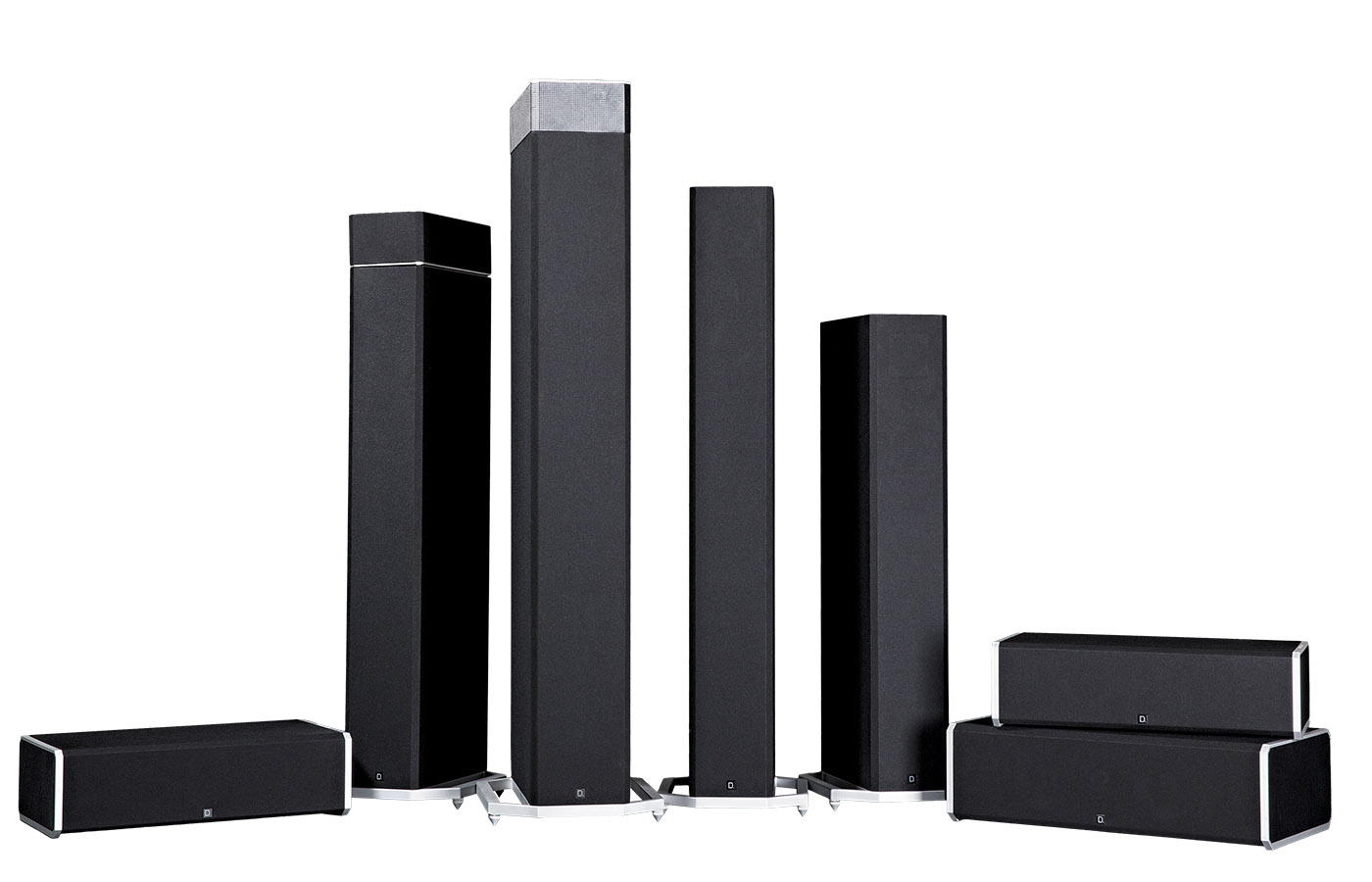 Definitive Technology is a US speaker manufacturer with a long history of building the kind of big floorstanders often associated with our cousins across the pond. These days Def Tech – as it is often called – forms part of the Sound United group that also includes Denon, Marantz and Polk.

The BP9000 Series of speakers have been around for a few years now, and represent the kind of joined-up thinking that’s so often missing in the audio world. The floorstanders in particular are like nothing else, with bipolar driver arrays, built-in subwoofers and upfiring Atmos modules.

The Definitive Technology BP9000 Series delivers a stunning sonic performance, with the four floorstanders creating a solid foundation on which to build the soundstage. The best approach to subwoofer placement is to position one in each corner, and since these speakers include subs you’re achieving this by default. The result is deep, responsive bass that’s wonderfully smooth.

The speakers themselves produce a big and spacious delivery thanks to their bipolar driver arrays that spread the sound out in every direction. This makes the BP9000s perfect for larger rooms where they have space to breathe. But what’s more amazing is how precise and detailed they are as well, allowing effects to be pinpointed around the room with remarkable articulation.

The use of identical drivers throughout the system also ensures the soundstage is perfectly balanced, allowing the audio processing to seamlessly steer audio objects around the room without suddenly sounding different. The centre speaker also plays its part, melding with the front two channels, while also ensuring that dialogue is clear and focused.

The speakers all reveal a pleasing mid-range, and exquisite treble that handles both music and movies with equal skill, while the perfectly integrated bass gives modern blockbusters greater impact. This system is great with regular surround sound, but feed it a fully immersive Dolby Atmos or DTS:X track and the result is an overwhelming sonic bubble that envelops you.

The A90 upfiring modules are highly effective at creating the overhead channels, augmenting the immersive nature of Atmos or DTS:X, and creating a three-dimensional acoustic experience. For the best results you need a ceiling that’s fairly low and reflective, and this system requires a decent-sized room to reach its full potential, but otherwise the BP9000 Series is hard to fault.

The Definitive Technology BP9000 Series of speakers is headlined by the BP9080x floorstander, which is the perfect example of the American philosophy of never doing anything by halves. It uses a bipolar speaker array – that’s a fancy way of saying the drivers simultaneously fire forwards and backwards – and also has a built-in 12in subwoofer, plus integrated upward-firing units.

If you want something a little more accommodating when it comes to the neighbours, there’s also the BP9060 with a 10in subwoofer, or the BP9040 and BP9020 – both of which sport 8in woofers with 300W of built-in amplification. All of these smaller floorstanders also have removable plates at the top, where you can attach the A90 upward-firing module for seamless Dolby Atmos.

Finally there’s a choice of three dedicated centre speakers: CS9080; CS9060; and CS9040. As the naming convention would suggest, each model is designed to partner the relevant floorstander.

The BP9000 Series uses the same superb build quality and stylish design across the entire range, with all the speakers wrapped in discrete black fabric. The floorstanders include large aluminium plates with optional spikes, while the centre speakers have an attractive brushed aluminium trim.

What really impresses about the design of the floorstanders are the removable brushed aluminium plates at the top where you can attach the A90 upfiring modules. Not only is this a more elegant solution, but there are also dedicated binding posts at the rear of the speakers for when the modules are attached. All of which makes installation easier and tidier, although don’t forget you’ll need to plug each of the floorstanders into a wall socket to power the built-in subs.

For the purposes of this review we used a pair of BP9040 floorstanders at the front, a pair of BP9020s on surround duties at the rear, and the CS9040 centre speaker. There were also A90 modules attached to all four floorstanders, and since each one includes a subwoofer that meant the system delivered a full 5.4.4-channel experience.

This sci-fi epic uses deep bass to great effect during the action sequences, while the scene where a ‘thopter’ flies through a massive dust storm is an immersive tour-de-force of Atmos sound design that uses every speaker at its disposal to place you in the spinning and battered cockpit.

The latest James Bond flick boasts an action-packed Atmos soundtrack that provides plenty of opportunity for the Def Techs to strut their stuff. The scenes where the iconic DB5 is peppered with machine-gun fire requires the kind of precision and depth these speakers offer.

This gothic ghost story uses its creepy DTS:X sound design to up the scares, and the titular house is brought to life with audio effects that are steered around the room with seamless precision. You can almost feel the oppressive atmosphere enveloping you in a sense of overwhelming dread.

The Definitive Technology BP9000 Series speakers achieve the remarkable feat of sounding big while saving space thanks to their built-in subwoofers and optional upfiring drivers. The result is an insanely good system that sounds fantastic while keeping the clutter to a minimum. Powerful delivery, a balanced soundstage, and deep bass make these speakers ideal for anyone aspiring to a fully immersive audio setup. The fact that these speakers are unassumingly elegant and superbly well made is just the icing on an impressive sonic cake. 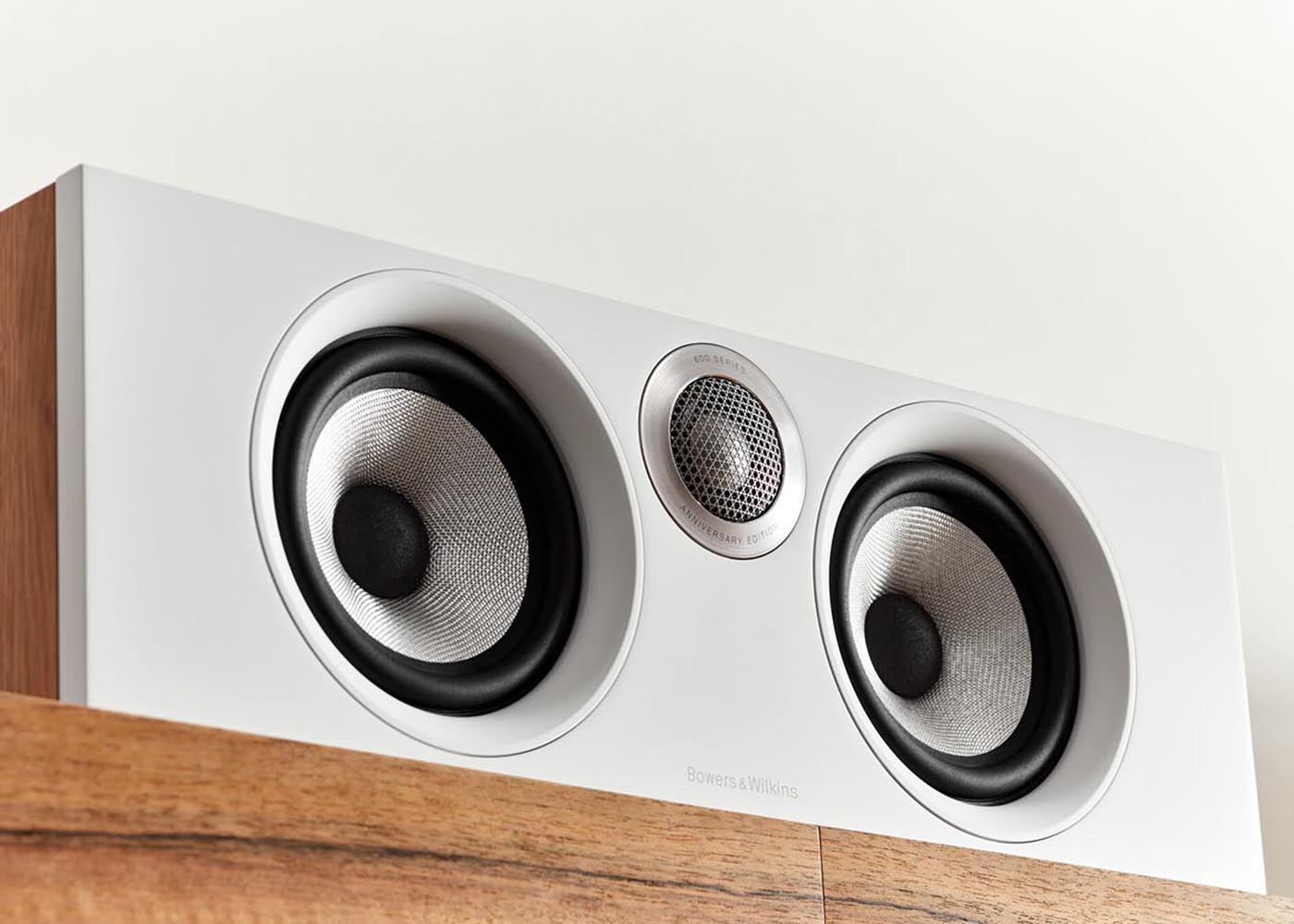