TV & Home cinema reviewsHiFi  reviewsGuides videos & Live sign up helpline
Menu
By clicking “Accept”, you agree to the storing of cookies on your device to enhance site navigation, analyse site usage, and assist in our marketing efforts. View our Cookie Policy for more information.
Open peferencesDeny allAccept all
Written by
Bruce Black
May 16, 2022 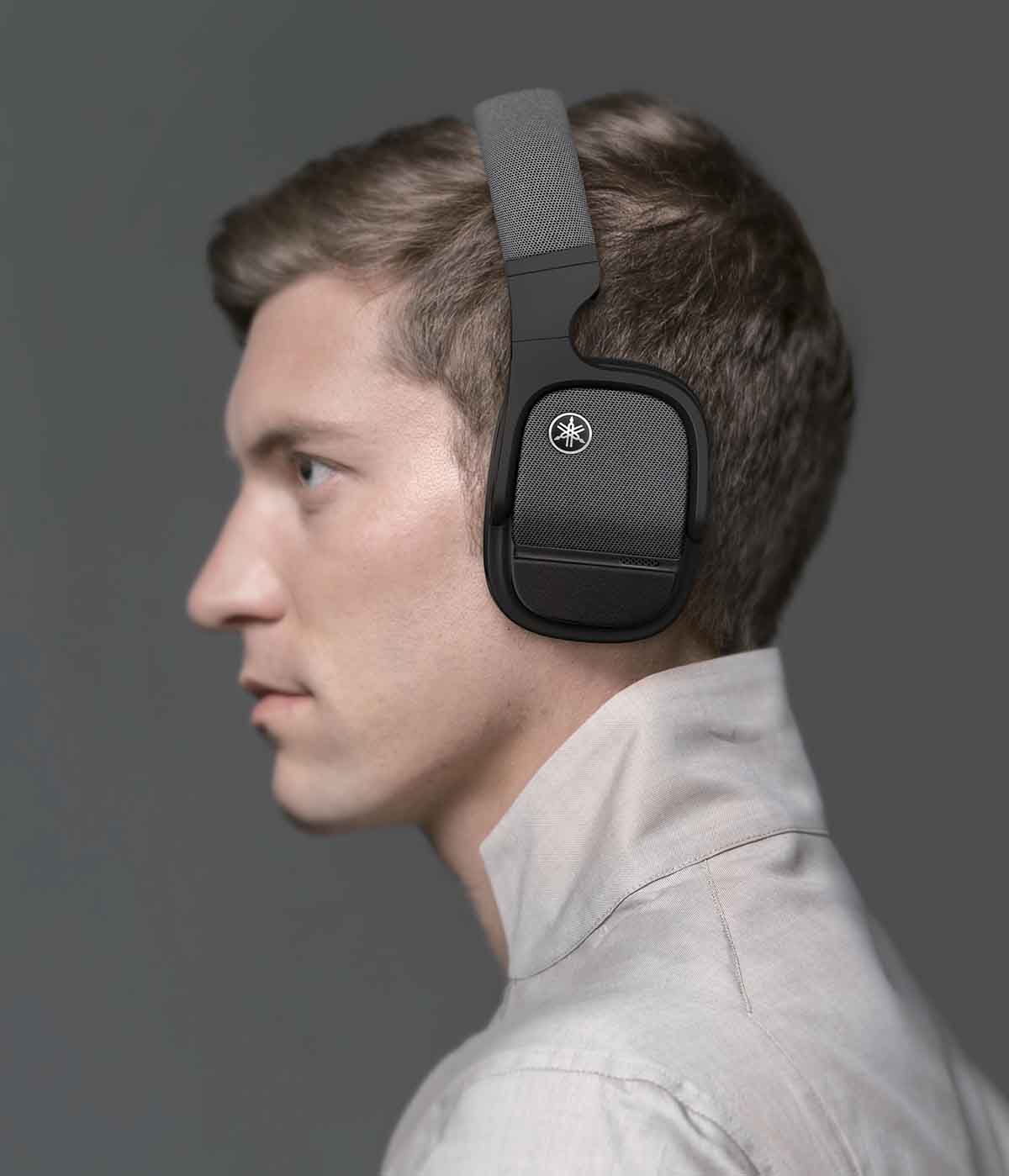 ‘Spatial audio’ may not quite be ‘all the rage’, but it’s most definitely ‘a thing’ - everyone from Dolby (with Atmos) to Sony (with 360 Reality Audio) wants to put you right in the centre of the audio action. No manufacturer, though, has a bigger reputation where digital sound processing is concerned than Yamaha - anyone who’s ever listened to one of the company’s outstanding home cinema amplifiers knows just how adept as Yamaha at making your cinema room sound like a cathedral.

With the YH-L700, Yamaha wants to serve up the sensation of spatial audio - the idea that you, the listener, are in the centre of a sort of 180-degree dome of sound, rather than being between two speakers - from any audio content whatsoever. And if that sort of party-piece doesn’t appeal, the YH-L700 are also designed to be an accomplished pair of stereo headphones.

Which leads to two inevitable questions: can they? And are they?

Treat the YH-L700 like any other pair of active noise-cancelling wireless over-ear headphones - by listening in stereo - and they’re a robust, full-bodied and notably energetic listen.

The tonal balance is excellent. The bottom end of the frequency range is chunky and controlled, far from ponderous, and alive with detail. The midrange is just as straight-edged and assertive, and just as detailed - so a singer is delivered with all the emotion and conviction they arrived with. And at the top end there’s a stack of well-supervised attack and bite - the Yamaha don’t travel to the limits of human hearing without rolling things off just a little, but they’re plenty bright enough to make a recording’s intentions plain.

They’re potent where dynamics are concerned, too, able to charge through the big volume shifts but can understand the more minor harmonic variations that can bring a piece of music to life. In fact, it’s really only with rhythm management that the Yamaha’s have to submit to the best of their rivals - the YH-L700 are just slightly inhibited when it comes to rhythmic expression.

Listening to the same music with ‘3D Sound Field’ engaged is a fundamentally different experience. Quite often a recording becomes easier to peer into, easier to follow on an instrument-by-instrument basis, and sometimes it becomes hazier and less rigorously defined - but in any event it’s always a more immersive experience. Whether or not you find it preferable to straight stereo is an entirely personal choice.

Noise-cancellation is a rather more qualified success. ‘On’, ‘off’ or ‘ambient sound’ (which boosts external sound) are your options, and while ‘on’ undoubtedly reduces external input, it’s not as effective as the systems fitted to any number of alternative designs. If a big part of your requirements from your new headphones is noise-cancellation, the YH-L700 may not seem an entirely compelling option.

No two ways about it, these are big headphones. And for all that Yamaha has made them look and feel expensive, thanks to robust woven fabric and leather being central to the design, there’s no disguising their bulk. If you’re blessed with a head that’s smaller than average, there’s a chance you might feel a bit engulfed by the YH-L700.

They look and feel good, though, and at 330g are easy to wear for long periods. And that’s useful, because they’ll run from anywhere between 11 and 34 hours from a single charge - it depends how many of their clever features you switch on.

Control options are numerous - do you fancy voice control? Or physical controls on the earcups? Or a fully featured control app? The Yamaha has them all. Basically, as long as you can live with the physical dimensions of these headphones there’s very little to find fault with in how easy they are to live with.

Perceived value and a stack of functionality go quite a long way to justifying the asking price - and if spatial audio appeals then it’s hard to suggest you can do any better. As far as stereo sound, noise-cancellation and battery life go, though, the Yamaha YH-L700 aren’t quite such a compelling proposition.

David Bowie Lazarus
An expensive, wide-open and texturally varied recording like this is the perfect thing to showcase the spatial audio credentials of the YH-L700 - and they seize it with both hands. Want to get into the centre of Bowie’s extraordinary last hurrah? Now’s your chance.

Sufjan Stevens John Wayne Gacy, Jr
Stevens is a master of melody, and the spare nature of this recording also allows him to emphasise the clean, precise tone of his vocals. And it’s unlikely you’ll hear the story of a serial-killer delivered in a more sympathetic, non-judgemental manner.

Timi Yuro It’ll Never Be Over For Me

Want to know how the Yamaha can cope on a packed, talc-covered dancefloor as the 60s turn into the 70s? Wonder no longer - the extraordinary blues holler of Timi Yuro’s vocal is complemented no end by a big, ballsy arrangement the YH-L700 absolutely thrive on.

Over at Tom’s Guide they much prefer the YH-L700 to Apple’s AirPods Max, primarily because of the excellent spatial audio performance, while engadget admires Yamaha’s determination to serve both cinephiles and music fans with these headphones. At Techradar, meanwhile, the opinion is that the YH-L700 are almost worth the asking price in looks and feel alone

You want the YH-L700 because you want a superior spatial audio experience and you want it from an extensively specified and overtly premium pair of headphones. That’s where the Yamaha score heavily enough to put appreciable distance between themselves and their nominal rivals. 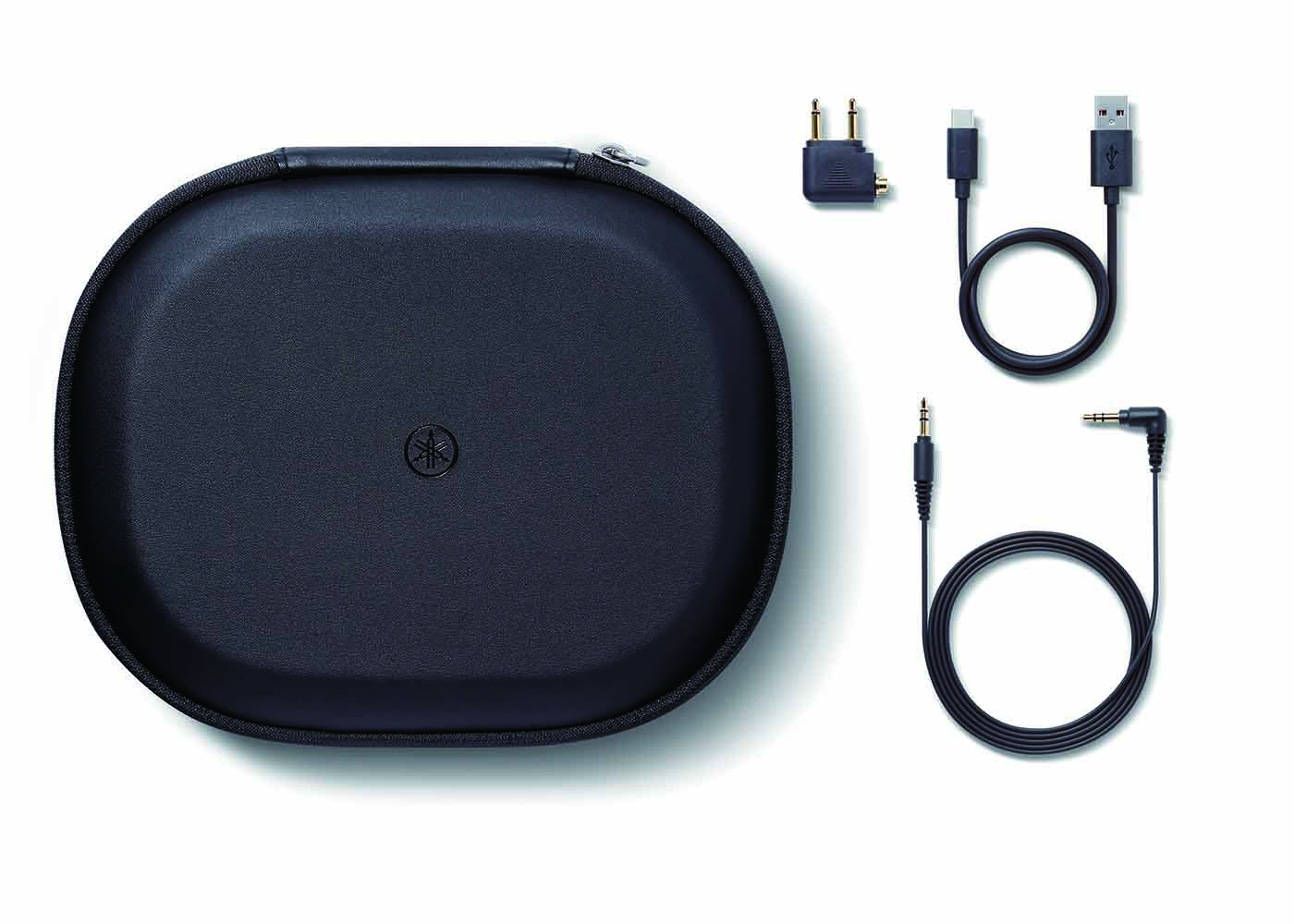 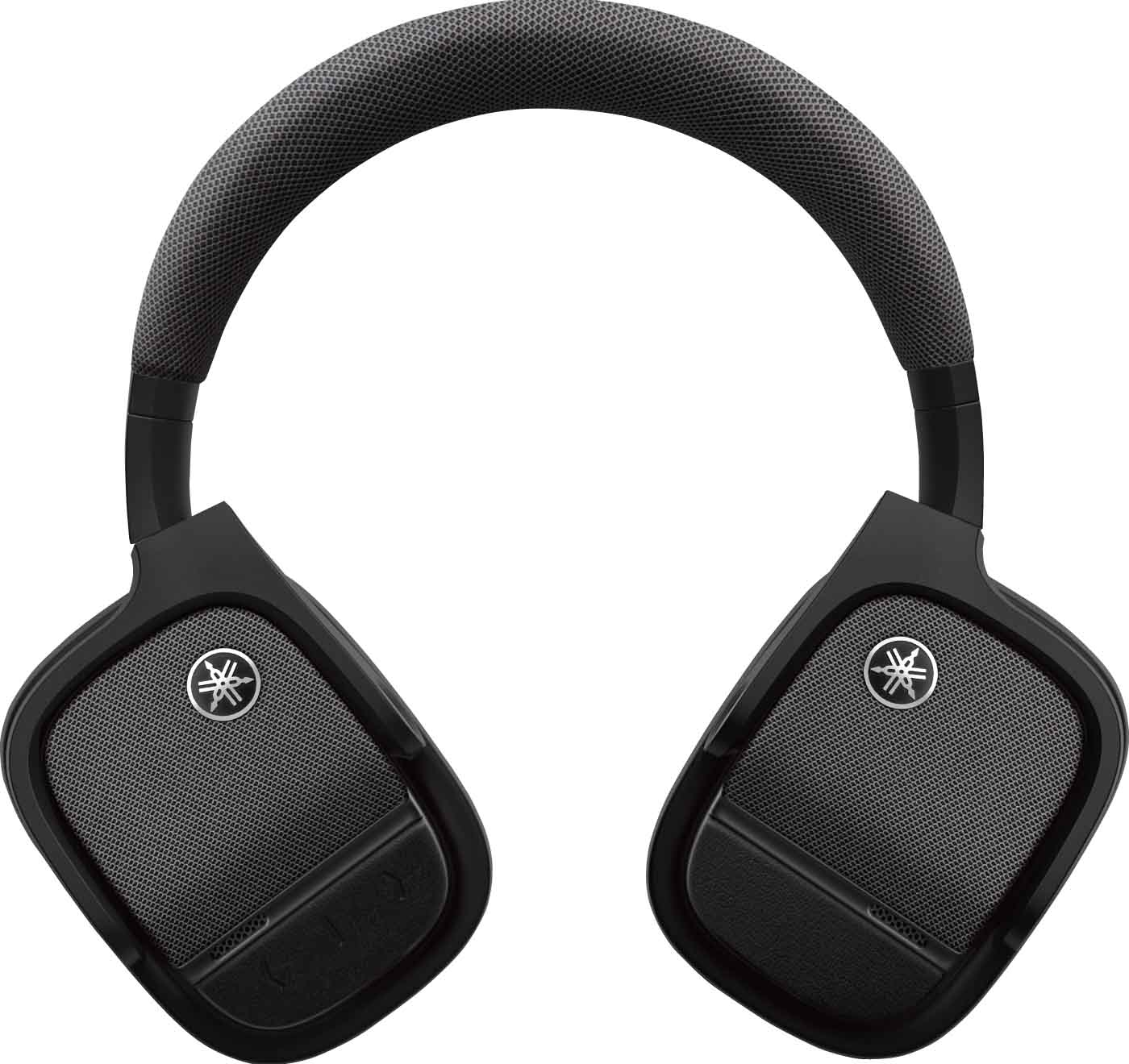 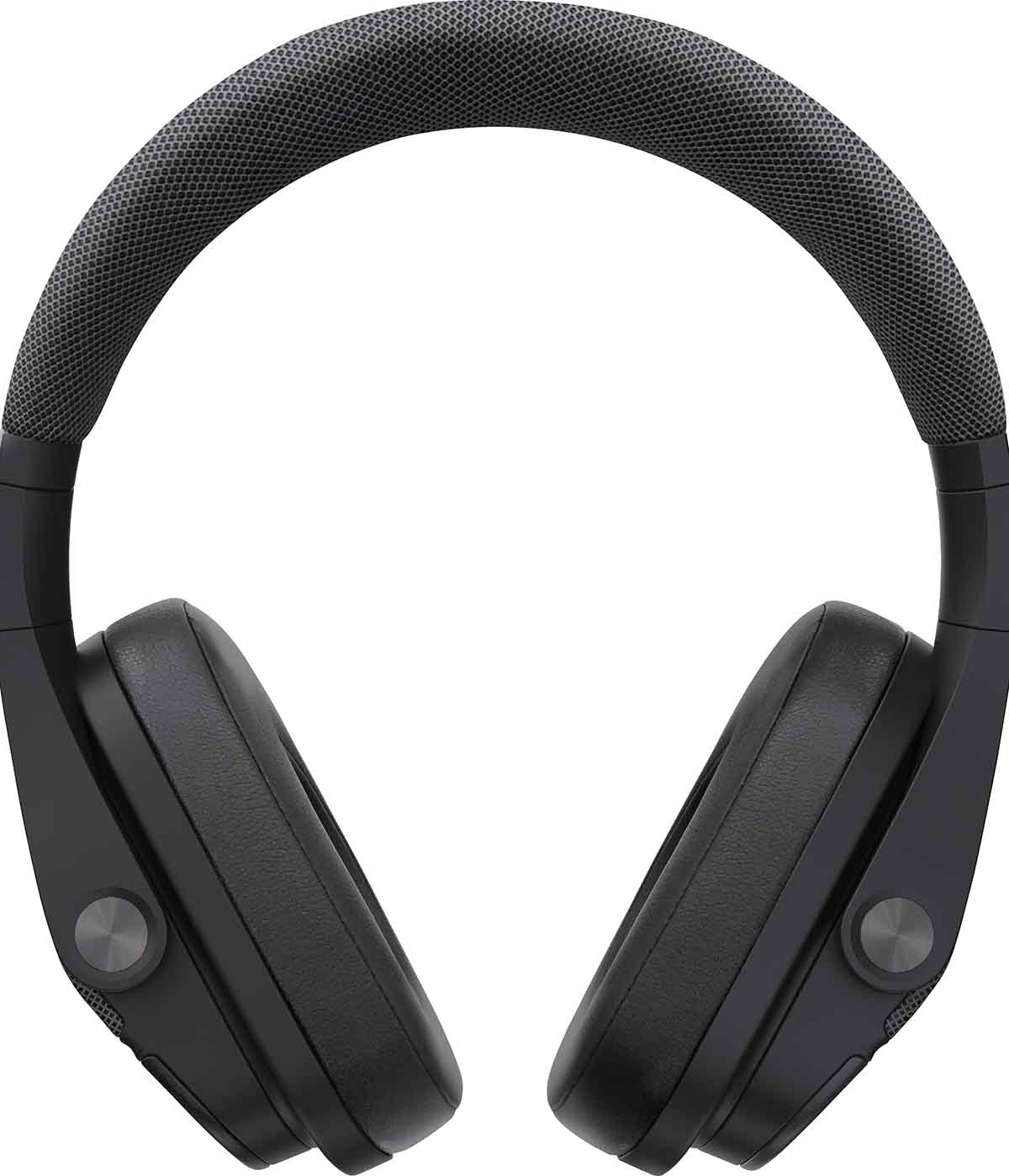