TV & Home cinema reviewsHiFi  reviewsGuides videos & Live sign up helpline
Menu
By clicking “Accept”, you agree to the storing of cookies on your device to enhance site navigation, analyse site usage, and assist in our marketing efforts. View our Cookie Policy for more information.
Open peferencesDeny allAccept all
Written by
Bruce Black
April 12, 2022

Yamaha is one of those brands that instils confidence thanks to an extremely enviable quality threshold, be it piano, guitar, motorbike, or home cinema. Yep, it is essentially all the same company.

Yamaha first introduced a soundbar or Digital Sound Projector as it likes to call them, way back in 2004, the YSP1 delivered movie invigorating multi-channel sound, essentially from a single, slim box. It was a breakthrough in easy living.

Fast forward to today, skipping over the numerous superb soundbars and sound processing developments that Yamaha has pioneered and we find the Max System, a full surround sound set-up complete with sub-woofer and rear speakers. It’s an all-encompassing audio extravaganza to add spice to everything from TV series to 4K Blu-ray films with access to the popular music streaming platforms thrown in for good measure. Neat, petite, flexible… there is much more going on here than just improving the sound from your TV.

The MusicCast Bar40 Sw is the front speaker array and at just shy of one metre, it looks made to measure sitting beneath a 55inch TV. It can also be wall mounted. It has a variety of connections to keep most people happy, with two HDMI sockets, optical, and an ethernet socket should you want to connect by wire to the network.

Across the top of the bar are a series of touch sensitive switches and indicators, very subtle and for good reason, because once the system is up and running, you don’t really need them. There’s also a small, if a bit clunky, remote control – again this is not really needed if you choose to use the much better MusicCast app on your phone or tablet. More about that later.

To get up and running it's simply a matter of connecting the HDMI to the ARC output on the TV, plug in the Bar40 to the mains and you are good to go with the basic soundbar. However, as you have bought this as a surround system, you’re hardly likely to be satisfied just with this one element.

What now needs to be done is to connect the Subwoofer 100 and the two surround speakers to the mains, power them up and press the “Connect” buttons on each unit for five seconds until the indicator light pulses. Then it’s back to the app to connect all the elements via MusicCast.

Connecting the speakers to the system is easy although it may take a couple of attempts for everything to be found and recognized on the network. But once the rear speakers, the Sub 100 and the Bar40 are ‘seen’, setting up the surround sound system only takes a few minutes. The app is a breeze, it literally is a box ticking exercise.

Performance is where the Max really hits the big time – why would you ever want to return to listening to TV speakers ever again? The front bar is carefully focused for making dialogue the centre of attention. One of the signal processing settings is for ‘clear voice’; flick this on and it makes a big difference to the clarity of speech, both for movies (streaming and Blu-ray) and for TV programmes.

The slider control on the app is useful for adjusting the speakers’ levels and apparent distance so that the sound from each one reaches you at exactly the right time.

So too is the 3D Surround setting; this adds depth and height via DTS Virtual:X to wrap you in a sound cocoon. Watching a storm rip through Antarctica and the Southern Ocean on the 4K Blu-Ray disc of the BBC’s Seven Worlds One planet with the winds whistling all around is really quite an experience.

Atmosphere was definitely heightened in scenes from BladeRunner 2049, especially evident when Agent K crash lands his Peugeot flying ‘car’ into what looks like a giant scrap heap – it’s in fact San Diego. The surrounding sounds are evocative, helping to create a genuinely threatening landscape.

The 3D mode is our preference for movies, we love the feeling of being wrapped in sound when the situation is right. It isn’t as effective with the news though, in this case the straightforward stereo effect from the Bar 40 SW, augmented with the Sub 100 was more than enough.

The quality of the two Yamaha MusicCast 50 rear speakers is worthy of special mention. It could be argued that they are too good for catering for what can essentially be thumps, bumps and screams in the background on some soundtracks. Each is a stereo speaker in its own right but in this configuration they act as extremely powerful single speakers, delivering more than enough surround effects.

Now for the Sub100 subwoofer. We found the presets were great to begin with but soon became overpowering. With the slider controls on the app it is an easy task to adjust the bass volume to a level suited to any particular environment. In a larger room, the presets may be perfect.

We’ve already mentioned the quality of the rear speakers and it is this aspect of the system that adds a huge degree of versatility, adding the potential to become a full-blown multi-room system.

The Yamaha MusicCast 50 rear speakers have a number of highly desirable characteristics: wireless connectivity, exceptional sound quality, portability, attractive looks. With this in mind, it is entirely feasible to use one of the speakers as a single rear speaker – we were surprised just how effective this was. Of course, you don’t get quite the same surround effect but it is pretty good. With this configuration, the spare speaker can be used in another part of the home as a fully functioning wireless speaker for streaming music. The portability of the speakers is a huge asset, meaning you can mix and match your system depending on what you want to do at any particular time.

Excellent sound quality for movies and music with a flexibility that makes the Max system an ideal choice, especially for a medium to small space. We love the fact that the MusicCast 50 surround speakers serve equally as well in the surround sound system as they do as stand-alone wireless streaming speakers for music.

If David Attenborough’s characteristic commentary wasn’t enough to draw you into this superb collection, the Clear Voice setting further enhances the experience.

Jean Reno and Gary Oldman try to out crazy each other in this 100 bullets per minute classic, which also features a 12-year-old Natalie Portman. Remastered, this is loud, challenging and hugely entertaining

No surround sound test would be complete without a dollop of science fiction and Blade Runner 2049 has one of the most atmospheric soundtracks going, carefully handled and expertly reproduced with the Max

While not the most reasonably priced, the Max is probably the most versatile soundbar solution due to the fact that, not only does it massively boost engagement and enjoyment from video and Tv sources but also the fact that when required, it can easi;y be turned into an entirely credible multi-room music system system 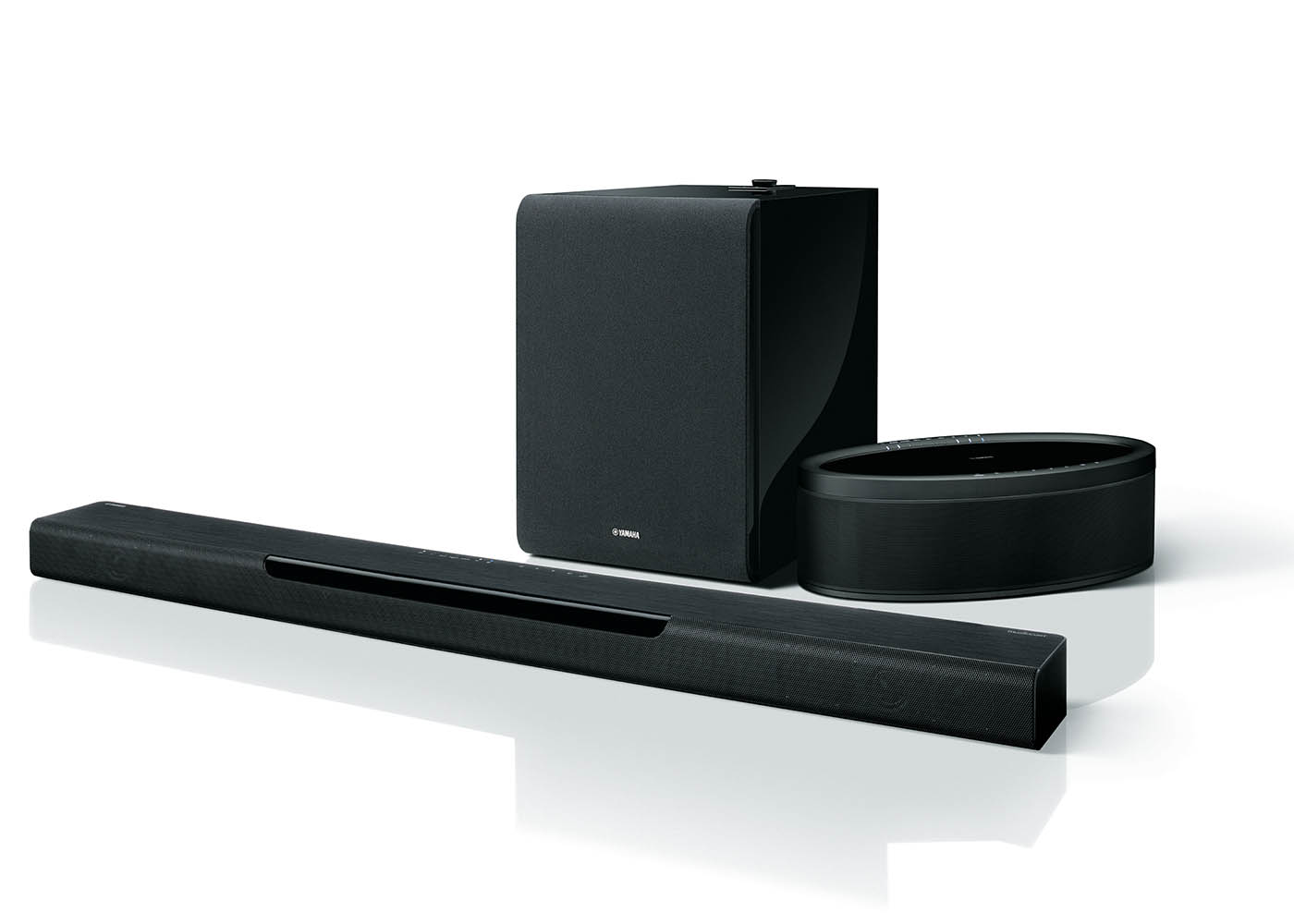 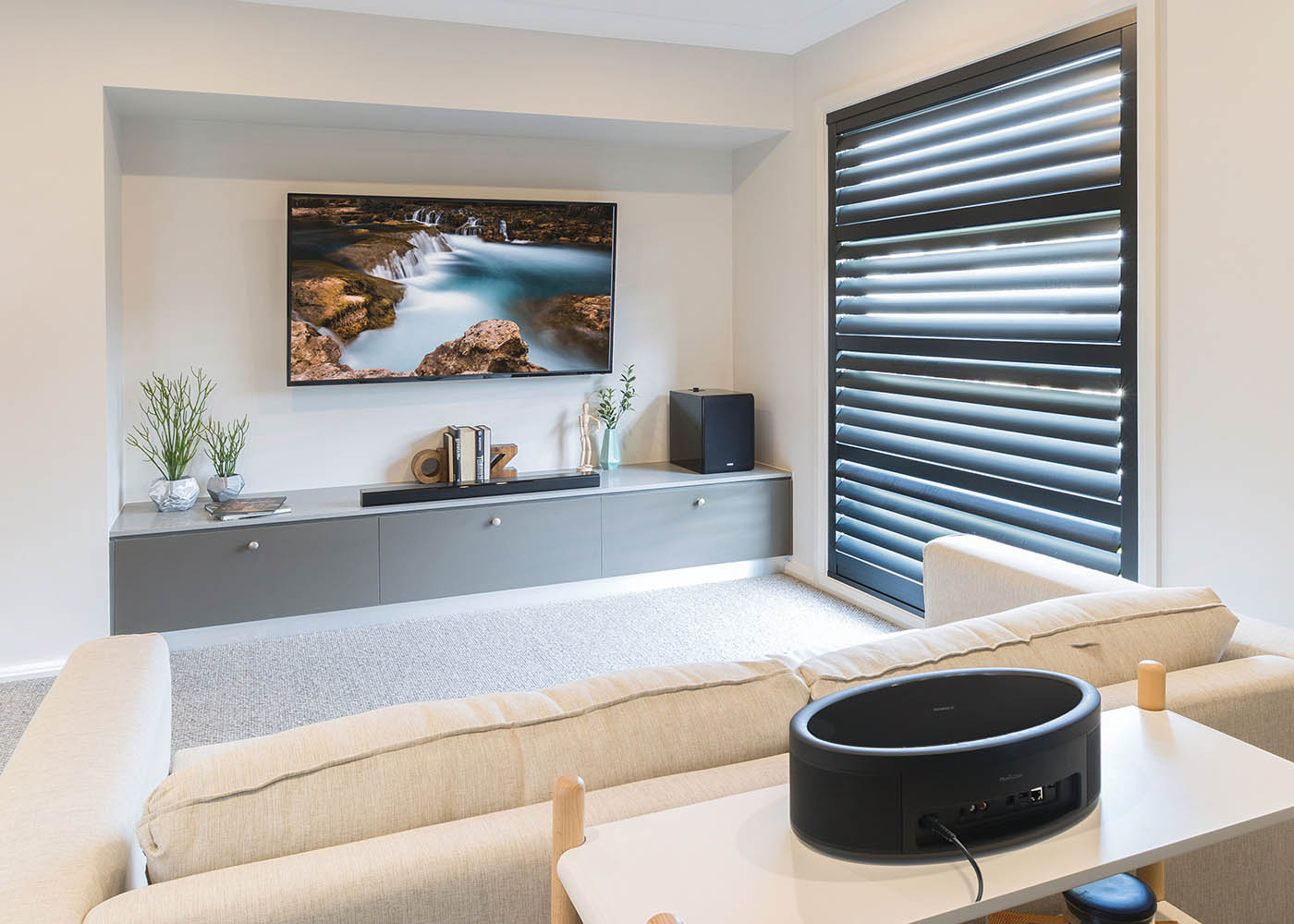 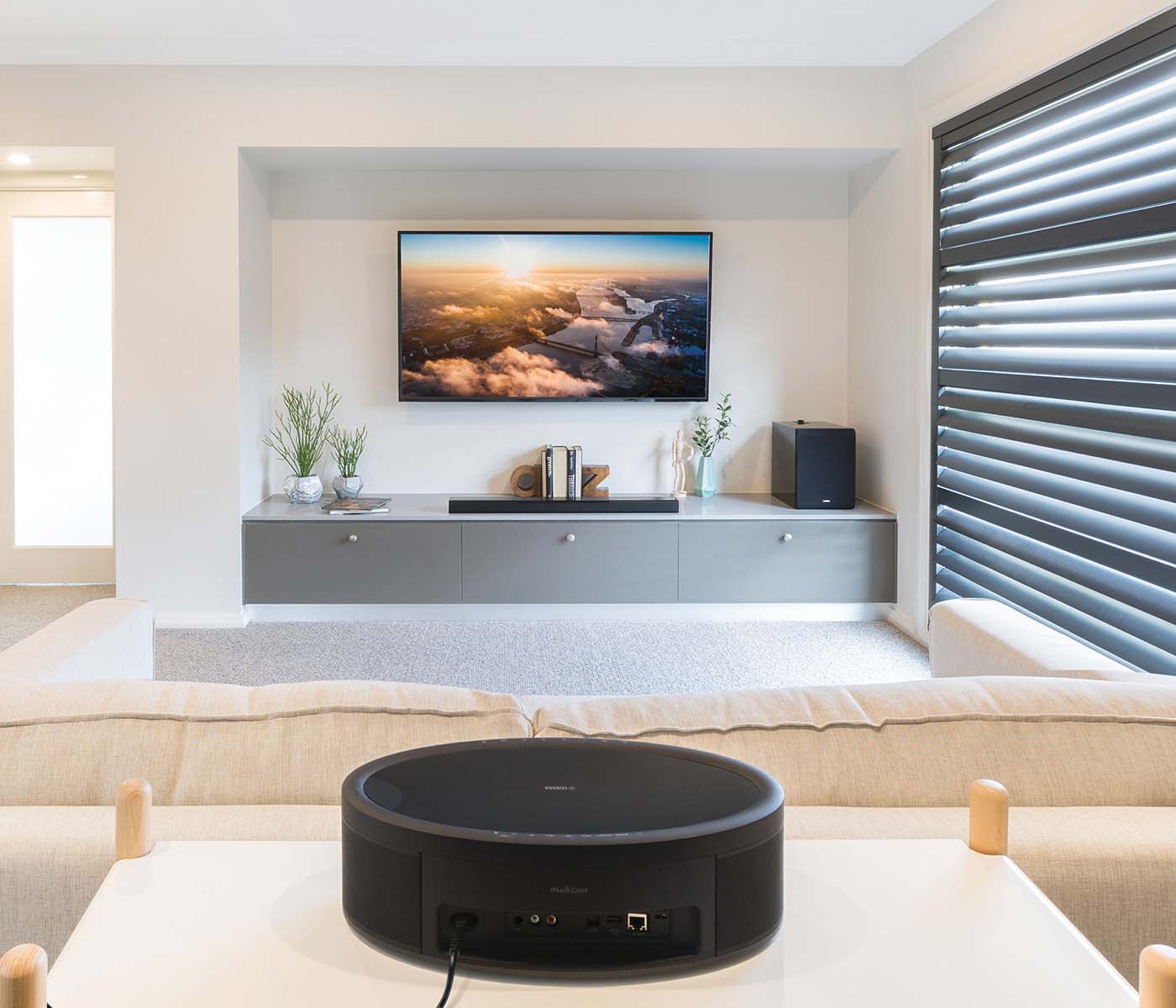 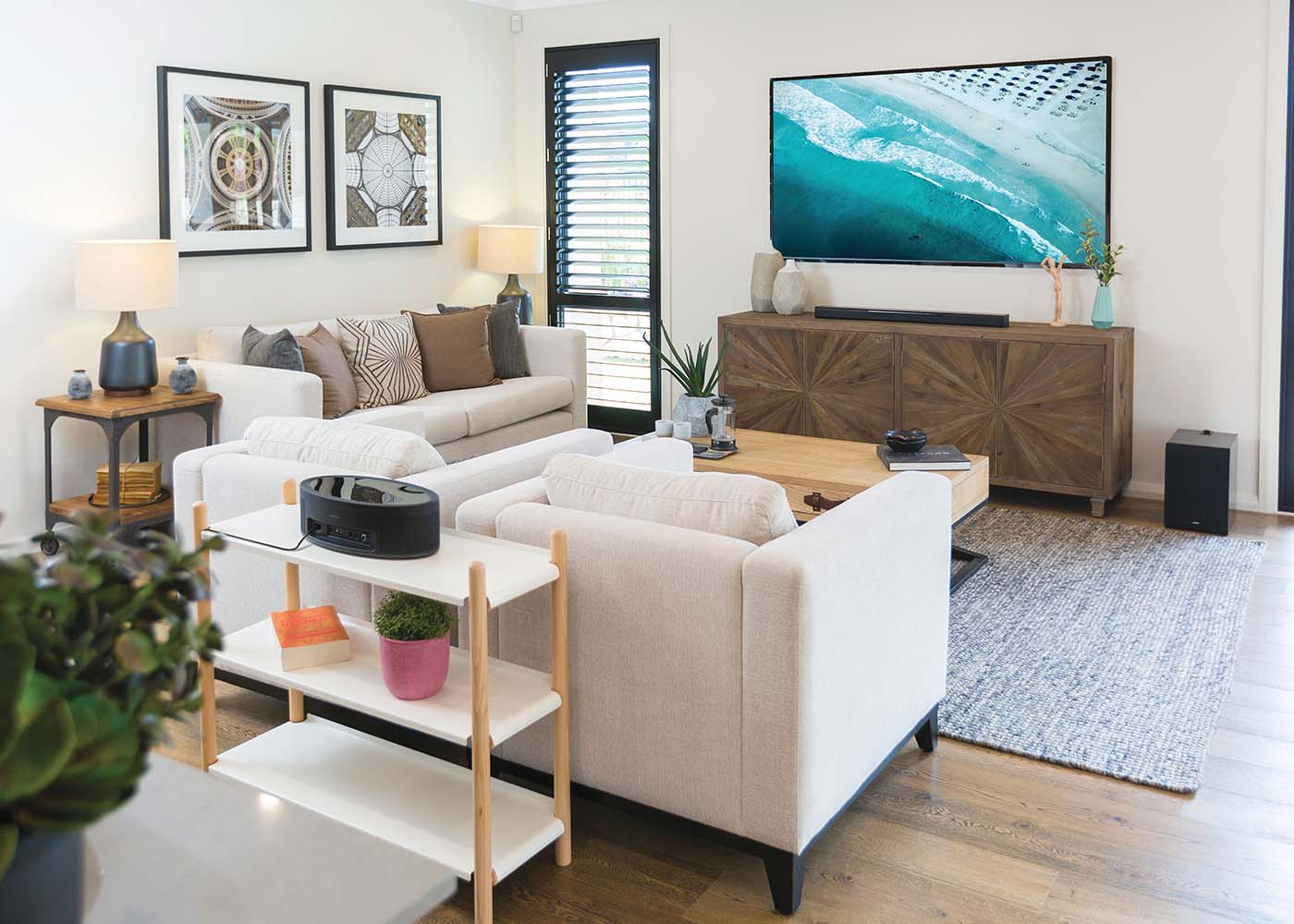 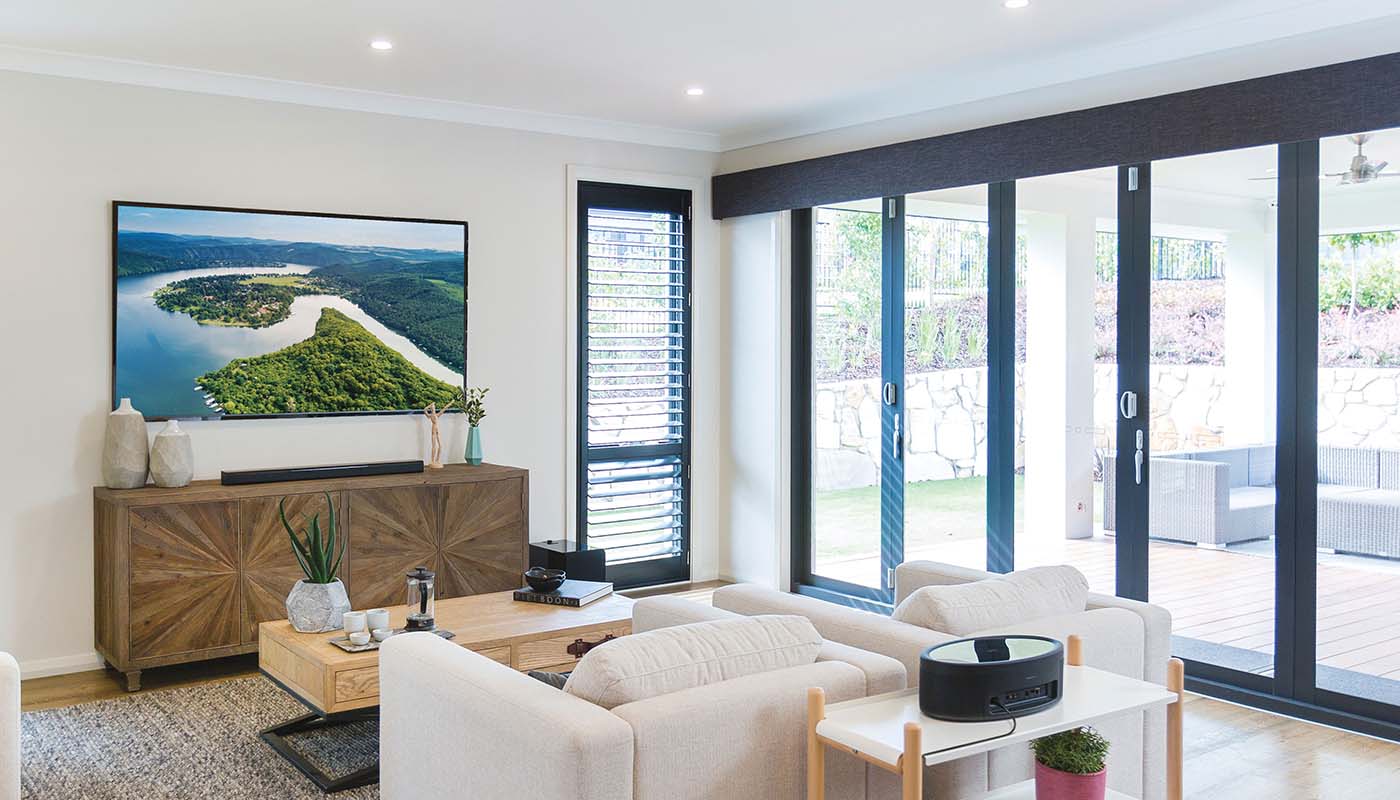