TV & Home cinema reviewsHiFi  reviewsGuides videos & Live sign up helpline
Menu
By clicking “Accept”, you agree to the storing of cookies on your device to enhance site navigation, analyse site usage, and assist in our marketing efforts. View our Cookie Policy for more information.
Open peferencesDeny allAccept all
Written by
Simon Lucas
July 22, 2022

Can OLEd get any better? Certainly can when you add on QD and the new Sony proves the point 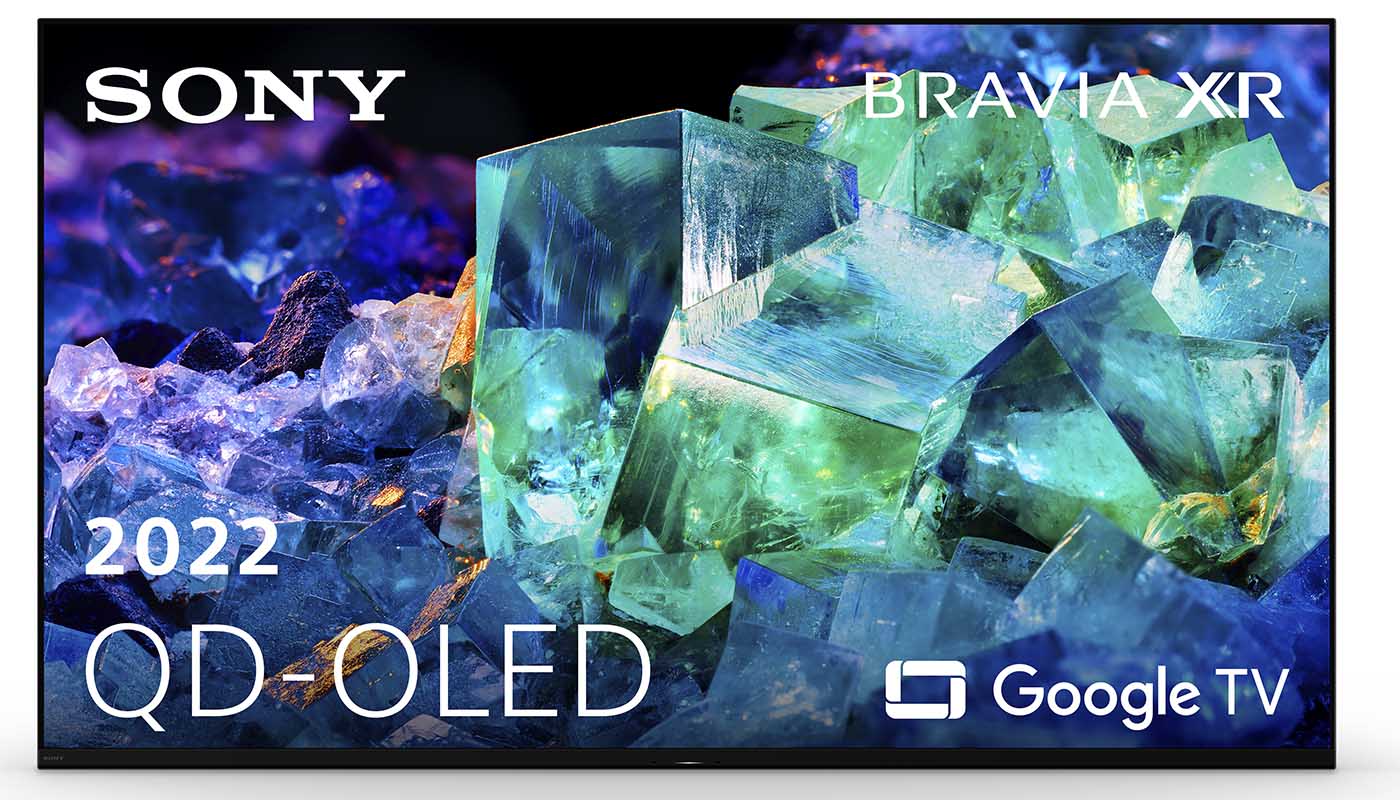 It’s about time we had a new television technology to divert us, don’t you think? After all, if TV manufacturers are going to continue to insist on the annual model cycle, there needs to be something beyond the ‘new and improved remote control!’ to grab the consumers’ interest.

So Samsung has come up with QD OLED. It’s strongly based on OLED technology, but the Korean manufacturer (which has had a huge downer on OLED tech until now) has finessed it with the same ‘quantum dot’ technology it’s used to put a rocket up its LED TVs over the last few years.

Sony has acquired some QD OLED panels, allied them to its Cognitive Processor XR and the fancy-pants invisible audio system it’s been perfecting on its OLED screens for several years now, and the result is the high-end, high-price A95K range.

Given that QD OLED is meant to address the one significant shortcoming of OLED panel technology (its relative lack of brightness) while retaining everything that’s great about it (black levels, contrast precision, wide viewing angles and so on), the XR55A95K is initially just a little underwhelming. It’s bright, yes, but is it meaningfully brighter than LG’s latest ‘EX’ OLED panel?

Not especially, but it’s very adept at delivering detail and variation in bright tones rather than just bleaching them. This helps make contrasts seem particularly expansive, and when it’s allied to everything else the Sony does well - particularly skin-tones, motion-controlled and edge-definition - the overall result is vibrant, naturalistic and utterly convincing images.

There’s just no area of picture-making at which the A95K doesn’t excel. It retains and displays an extraordinarily high level of detail, it controls even the most complex patterns with assurance, and it’s able to put just as much variation and subtlety into black tones as it does bright whites. Even rapid or unpredictable on-screen movement can’t provoke it, and it creates impressive depth of field too. Give it some nice 4K content to deal with, and it’ll reward you indefinitely.

Almost all of this good news carries over if you ask the Sony to upscale a Full HD 1080p signal. There are mild (and, let’s face it, inevitable) drop-offs in fine detail retrieval, edge-definition and so on - but in broad terms the A95K is an accomplished upscaler. Drop further down where the quality of the source signal is concerned and the Sony throws in the towel somewhat - but then you didn’t buy a shiny new TV in order to watch daytime telly. Did you?

Sony’s been fitting actuators to its OLED TVs for a while now, and it’s continued with this methodology for the A95K. This 55in screen is fitted with a couple, and in effect they ‘excite’ the screen to the point it becomes a speaker - which not only means the audio system is basically invisible, but there’s a very satisfying unity between images and sound (because they all derive from the same place). The A95K also has a couple of little rear-firing subwoofers to help give some sonic reinforcement to the sound the screen is delivering.

And in practice, it works well. Sony’s even fitted the A95K with spring-clip speaker binding posts in case you want to use it as the centre speaker in your multi-channel surround system - but left to work by itself it’s a decently chunky and detailed listen. Even at quite significant volume it’s nicely controlled and well-organised, with proper space available in the midrange so that dialogue never gets overwhelmed. Some other premium-price TVs can compete with this Sony where sound is concerned - but none of them have an invisible audio system.

With Dolby Vision, HDR10 and HLG HDR standards catered for, full-on HDMI 2.1 specification for half of its four HDMI inputs, a choice of remote control handsets, and a tidy and extensive Google TV smart interface, the Sony XR55A95K is utterly painless to live with. Well, once you’ve put the hard yards in getting it set up in the first place, of course - there’s a little hint that Sony might consider this TV’s new owner the last department of R&D when it comes to the amount of leg-work that needs to be done in the set-up menus.

It’s easy to wall-mount (although at over 4cm deep it’s hardly from the ‘super-slim’ school of OLED TV design), and the chunky full-width stand can be fitted  to either the front or the rear of the screen.

If you want to get in on the ground floor of an interesting new technology, if you want a TV that performs admirably from any source and offers an excellent Smart TV experience, if you want superior flatscreen sound from an invisible audio system, well, it’s to be hoped you don’t mind paying for it. The XR55A95K is optimistically priced, sure - but by the same token it represents very acceptable value for money.

The Father
A tough watch, given the subject matter, but it allows the Sony to display its absolute assurance where skin-tones and skin-textures are concerned. It’s also a great movie for allowing the A85K’s midrange fidelity and variation full expression, too.

Stranger Things Season 4, Netflix
This hottest of hot tickets is an audio/visual powerhouse, a thrillingly complete showcase for Dolby Vision HDR and Dolby Atmos spatial audio. No matter how the CGI is piled on, no matter how dark and murky the environment, no matter how far back in the mix Kate Bush is buried, the A95K makes sense of it all.

Zidane: a 21st Century Portrait
Let the Sony demonstrate its formidable powers of upscaling using this 1080p Blu-ray presentation, and at the same time give its mastery of skin-tone, contrast and motion-control an outing too. And then, by way of an encore, let it give a power-packed account of the film’s wide-open Mogwai soundtrack.

Everyone thinks it’s pricey, no one thinks that’s a reason to put the boot in. What Hi-Fi? loves its “supremely natural, authentic pictures”, while Stuff considers it an “outstanding” television despite its “shameless” price. Over at Trusted Reviews they’re not convinced the Sony is a game-changer, but “it’s a game-advancer, no doubt about it”.