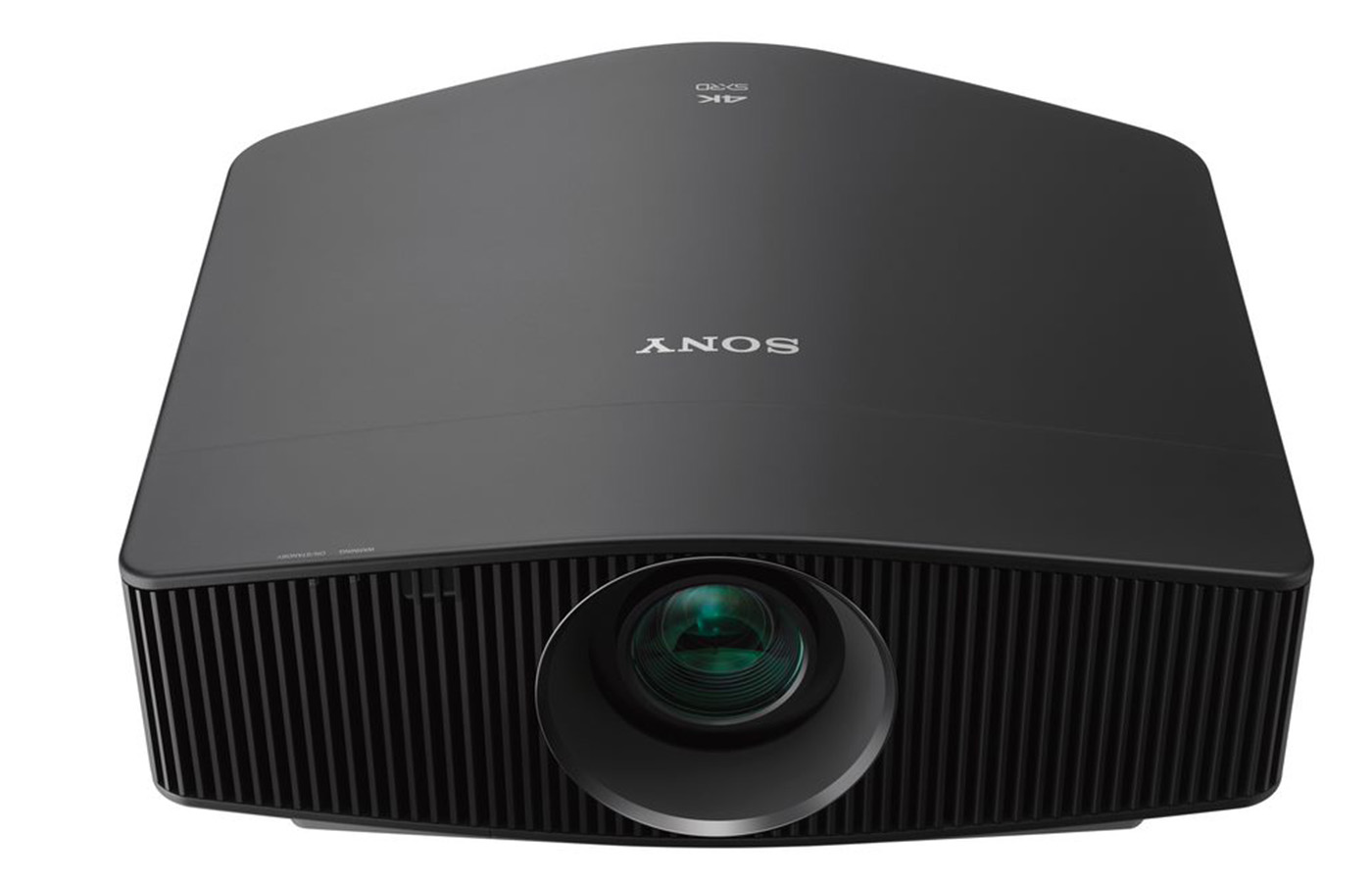 Sony’s latest range of SXRD 4K projectors has rewritten the rulebook when it comes to what the sub-£10k projection world can do with high dynamic range imagery. An almost incomprehensibly clever Dynamic HDR Enhancer feature, which injects more intensity into bright picture areas while making dark areas look darker, has finally proved that even lamp-lit projectors such as Sony’s VW290ES and VW590ES can deliver exciting HDR results. The VW790ES, though, shifts things up a whole extra gear by combining the Dynamic HDR Enhancer feature with laser lighting.

The VW790ES’s switch to laser lighting adds so much to its picture performance that it actually makes its £9,999 price look like a bargain. Seriously.

The big deal with laser lighting is that it can push much brighter than regular lamp projectors. This amounts in the VW790ES’s case to a peak brightness of 2000 lumens. On paper that’s actually only 200 lumens more than the peak claimed brightness of the step-down lamp-based VW590ES, but in reality the difference looks much more substantial.

Much of this perception of so much more HDR intensity is probably down to the VW790ES’s exceptional light management system. This controls the light making it through its optical system in not one but two ways. First, an iris opens and closes to let more or less light through as images require. Second, the projector can actually adjust the intensity of the light being output by the laser. Many lamp projectors carry iris controls, but you just can’t control lamp output levels as continually as you can those of a laser.

The VW790ES’s Dual Contrast Control system is claimed by Sony to deliver a contrast ratio of infinity:1! This is clearly a ‘lab result’ figure rather than something anyone using a VW790ES will experience in the real world, but it does give you an idea, at least, of just how dynamic and punchy the VW790ES’s HDR pictures can get.

With the Dynamic HDR Enhancer set to its best ‘Medium’ level of potency (the high setting pushes things too far, so that images start to look unbalanced and unrealistic), the VW790ES achieves a combination of brightness, contrast and colour vibrancy with HDR sources that has to be seen to be believed.

The intense lights of the aggressively mastered fairground scene in Shazam! on 4K Blu-ray, for instance, pop off the screen with levels of brightness and colour intensity that exceed not just those of any other sub-five figure projectors we’ve seen, but also those we’d started to think we’d ever see on any remotely affordable home cinema projector.

It helps W790ES’s sense of HDR drama and intensity that it produces the best black levels we’ve seen to date from one of Sony’s laser-based home cinema projectors. There’s still some greyness around over dark areas - a touch more at times, in fact, than we saw with the VW590ES. But the efforts of the Dynamic HDR Enhancer make the bright parts of the picture so eye-catching and vibrant that you scarcely notice the slight black level greyness. It helps, too, that the VW790ES’s brightness together with the cleverness of its light controls means that dark picture areas always contain lots of shadow detail, avoid the hollow, washed out look thast you can get with projectors that genuinely struggle with contrast.

A combination of the projector’s native 4K resolution and excellent image processing courtesy of Sony’s new X1 for Projector system backs the stellar contrast and brightness up with supreme sharpness, detail and precision, too. This remains intact even when there’s a lot of motion in the image thanks to Sony’s class-leading projector motion compensation system.

Living with the Sony VPL-VW790ES

The VW790ES is easy to set up and tweak thanks to its motorised lens adjustments. Zoom, focus and image shifting can all be done via the VW790ES’s excellent remote control. The amount of set up flexibility on offer is outstanding too, especially the x2 optical zoom, making the VW790ES easy to adapt to different room shapes and sizes.

As with any serious home cinema projector the VW790ES really needs to be permanently installed in a dedicated, blacked out room - but that’s really nothing more than showing the VW790ES the respect it deserves.

Since the VW790ES uses a laser lighting system, you won’t have to worry about replacing lamps. Something that joins its extra brightness and HDR punch in helping to justify its extra cost versus the VW590ES.

Connections, finally, include two HDMIs both capable of handling 4K at 60Hz. There’s no support for 4K at 120Hz gaming, though.

The combination of expertly controlled laser lighting and Sony’s genius Dynamic HDR Enhancer feature results in comfortably the most exciting HDR pictures you can find for the happy side of ten grand.

Dune 4K Blu-ray. The intensity with which the VW790ES delivers both the extreme daytime skies of Arrakis with peerless full screen brightness and the glow of those mesmerising floating lights that follow people round dark interiors is like nothing we’ve seen before from a sub-£10k projector.

Shazam! 4K Blu-ray. This beautifully mastered disc features some of the most colourful and bright HDR around - especially during the climax in the brightly lit fairground at night. The VW790ES does a literally dazzling job of bringing out this gorgeous HDR pop.

1917 4K Blu-ray. This 4K Blu-ray delivers one of the most detailed and clean 4K pictures around, making it perfect demo fodder for the VW790ES’s native 4K resolution. Its almost constantly moving camera gives the VW790ES’s expert motion handling every chance to shine, too.

You should consider a Sony VPL-VW790ES because while most projectors struggle to handle high dynamic range pictures, the VW790ES’s combination of a laser light source, native 4K resolution and Sony’s almost incomprehensibly clever Dynamic HDREnhancer feature delivers arguably the most satisfying HDR pictures we’ve seen to date from any projector selling for less than £50,000