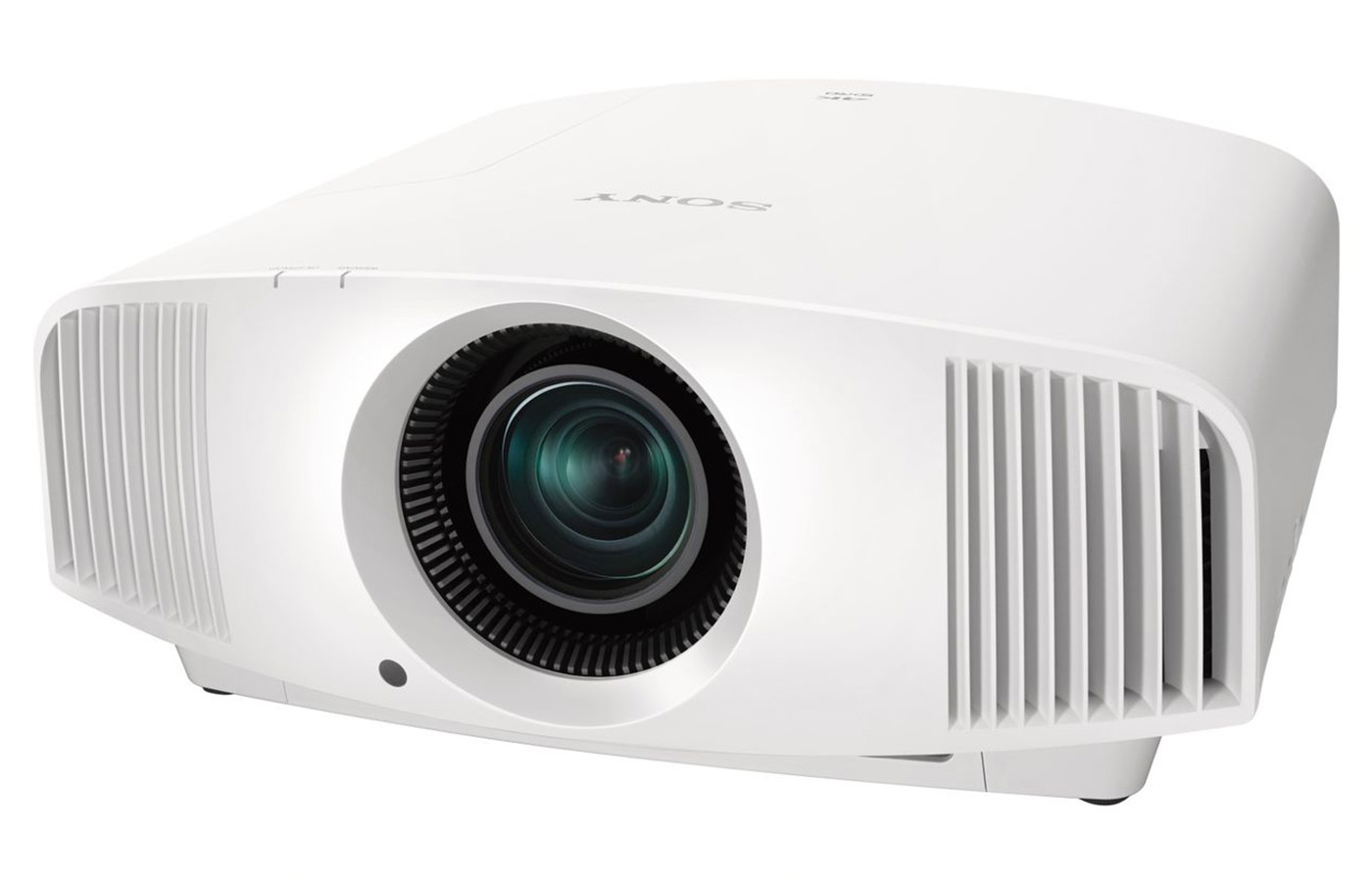 Sony’s 4K projectors have long had a key advantage over the vast majority of rivals in that they’re actually 4K. In other words, they provide a genuine 4096x2160 pixel count, rather than using fancy processing or mechanical trickery to create a ‘virtual’ 4K effect.

Since HDR was designed with bright TVs and monitors in mind, it’s consistently proved difficult for projectors to handle. Despite only being Sony’s current entry-level 4K projector though, the VW290ES delivers it brilliantly.

The key to its success is Sony’s ground-breaking Dynamic HDR Enhancer technology. This somehow - honestly, we don’t fully understand how it works as well as it does - manages to use image processing to make light parts of HDR pictures look brighter while simultaneously making dark areas look darker. Just as importantly, it also ramps up colour saturations, so that the extra brightness doesn’t make the picture look washed out.

The result is images that genuinely look HDR, despite the VW290ES only having a fairly moderate 1500 lumens of peak light output to play with.

So, for instance, as Spider-Man takes on the fire elemental in Venice at night in Spider-Man: Far From Home, the flaming body of the elemental radiates with way more brightness and intensity than it does on any other projector in the VW290ES’s class. And this is achieved while simultaneously delivering the most satisfyingly deep black colours in the night-time background that we’ve seen from one of Sony’s entry level 4K SXRD projectors.

While it’s the VW290ES’s HDR efforts that first catch the eye, its native 4K resolution is also gloriously apparent with good quality, ultra-detailed 4K sources. Every last pixel of a 4K picture is rigorously delivered, serving up levels of clarity and image depth that even the best pseudo 4K rivals can’t quite compete with.

As with most Sony products, moreover, the VW290ES backs its inherent sharpness up with the best motion processing in the business, removing pretty much all ‘mechanical’ judder without making films look like soap operas or generating unwanted processing side effects.

Colours are rich and punchy, as you’d expect with a projector capable of producing as much contrast as the VW290ES can. The vibrancy doesn’t come at the expense of subtlety, though. Provided you avoid the over-enthusiastic highest setting of the Dynamic HDR Enhancer feature, there’s nothing in the least bit ‘cartoony’ about even the most heavily saturated colour area.

While it’s at its stand-out best with HDR images, the VW290ES also handles SDR beautifully, losing none of its precision and finesse while adapting to SDR’s reduced light and colour range. It upscales HD sources to its native 4K resolution with aplomb too, adding lots of detail and density without exaggerating noise.

It would be remiss of us not to point out that Sony’s step up projectors, the VW590ES and VW790ES, deliver even more spectacular results with HDR than the VW290ES. For its price, though, the VW290ES’s handling of HDR is in a class of its own.

Living with the Sony VPL-VW290ES

The VW290ES carries a motorised lens, enabling you to adjust its focus, zoom and image position using the remote control from the comfort of your sofa.

It also supports a much greater range of optical zoom and image shifting than most of its peers, too, making it readily adaptable to a huge range of different room sizes and set ups.

The menu system is straightforward, while fans of 3D will be pleased to hear that the VW290ES supports it - and delivers it well - without you needing to add any external transmitters. The projector doesn’t ship with any 3D glasses as standard, though, so if 3D is important to you you’ll have to factor 3D glasses into your outgoings.

The VW290ES uses a standard high-pressure mercury lamp that will need replacing over time. Sony suggests a lamp should be good for 6000 hours or so if you stick with the projector’s low lamp mode, though this will reduce if you watch a lot of HDR, which requires the lamp to run in its High setting for best results.

The VW290ES’s connections are as we would expect of today’s relatively premium projector world, meaning they include two HDMI ports capable of handing 4K at 60Hz but not the latest 4K/120Hz or variable refresh rate gaming features.

One last point to bear in mind is that the VW290ES is a serious home cinema projector, and as such needs to be used - ideally permanently installed - in a blacked out room.

The VW290ES is a fantastic all-rounder for its money, combining a native 4K resolution with ground-breaking HDR impact to irresistible effect.

As Spidey takes on the fire elemental in a colourfully lit Venice plaza, toggling the VW290ES’s Dynamic HDR Enhancer through its various settings reveals just how brilliant the feature is at enhancing the image’s contrast and colour to deliver HDR convincingly.

This is one of the crispest, cleanest and most detailed 4K Blu-rays ever made - so it feels tailor-made for showing off the benefits of the VW290ES’s native 4K resolution.

This beautifully refined and detailed disc shows just what fantastic results you can get from scanning old 35mm prints in 4K and HDR - and the VW290ES’s beautifully cinematic images do the transfer proud.

The VPL-VW290ES is Sony’s entry-level 4K projector, and so can’t deliver as much brightness as its step up siblings. Even here, though,Sony’s new Dynamic HDR Enhancer technology still manages to deliver a level ofHDR experience that’s far beyond anything else in the same projector class