TV & Home cinema reviewsHiFi  reviewsGuides videos helpline
Menu
By clicking “Accept”, you agree to the storing of cookies on your device to enhance site navigation, analyse site usage, and assist in our marketing efforts. View our Cookie Policy for more information.
Open peferencesDeny allAccept all
Written by
John Archer
April 14, 2022 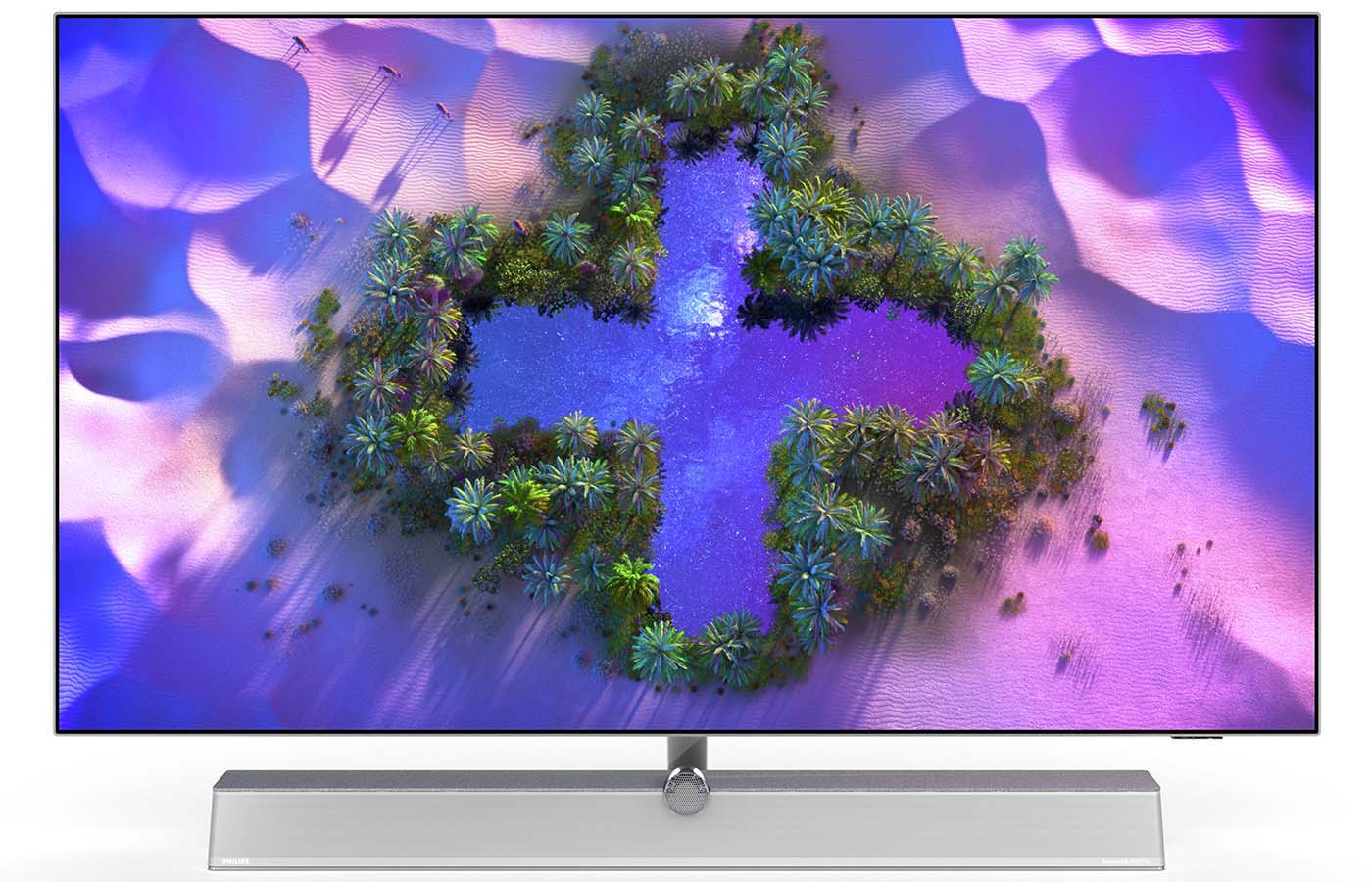 Embracing OLED technology has played a critical role in the resurgence of the Philips brand over the past few years. Especially since Philips started working with renowned British hi-fi brand Bowers & Wilkins on partnering spectacular OLED picture quality with equally spectacular sound.

No Philips TVs to date better exemplify this twin-pronged performance quality assault than the outstanding OLED+936s. The 48, 55 and 65-inch screens available in the OLED+936 range sport one of the latest premium high brightness OLED panels, partnered with a unique B&W-designed external speaker enclosure that both sounds stunning and doubles as an elegant desktop stand. The result is a TV, the likes of which we haven’t seen – or heard – before.

The OLED+936’s blend of one of the OLED world’s new brighter panels with the fifth generation of Philips’ P5 picture processing engine delivers dazzling results.

Native 4K, high dynamic range images look stunningly sharp – more akin to 6K or even 8K than 4K. This is partly because of Philips’ uncannily good sharpness enhancement processing, which adds definition and texture even to 4K sources without making them look gritty or unnatural. It also owes a debt of gratitude to the processor’s exceptional subtlety when it comes to rendering even the smallest of colour tone shifts, and to the peerless contrast precision made possible by OLED’s pixel by pixel light control.

The OLED+936’s contrast performance is particularly beautiful even by OLED standards, since the higher brightness peaks made possible by the premium screen sit side by side with the immaculately deep and consistent black levels that OLED is renowned for. Especially as Philips’ P5 processing finds a way to unlock even more pristine bright elements and dark area details than we see with other TVs that use the same premium OLED panel.

The OLED+936 TVs partner their impressive knack for HDR-friendly brightness with some of the richest colours the OLED world has ever delivered. There’s no hint of the washed out look in the brightest areas that we sometimes see with unusually bright TVs.

The OLED+936 outguns most rivals with its upscaling of HD sources and its handling of motion, too – especially if you use the Pure Cinema processing option.

One last key strength of the OLED+936s’ twin-chip P5 processor is that it can analyse thousands of areas of the picture in search of the bright, static image elements that can cause permanent image retention to OLED screens over time, mildly reducing the brightness of such elements to prolong the life of the screen.

The OLED+936s’ external speaker enclosure sounds almost unfeasibly good. Not only better than the audio of any other TV currently available, but also better than a good number of dedicated separate soundbars.

The size of the sound stage the OLED+936 creates is extreme, casting sound left, right, forward and even (thanks to a pair of dedicated up-firing drivers) overhead with a level of power and control that’s almost impossible to reconcile with the speaker enclosures’ compact size.

The OLED+936 underpins its fantastically immersive and room-filling sound with levels of bass that had us looking in vain for an external subwoofer, while the combination of the speaker enclosure’s advanced multi-chamber design and one of B&W’s unique ‘tweeter on top’ designs leads to levels of detail and clarity that again have you thinking there must be some separate speakers hidden around the room.

As if the OLED+936’s peerless audio performance with TV shows and films wasn’t already compelling enough, it also plays music better than many dedicated hi-fi systems and soundbars do.

Living with the OLED+936

Despite combining big screens with external multi-channel speaker enclosures, the OLED+936es are flat-out beautiful. Contributing to the splendour is their high quality metallic finish, the super-slim screen, the remarkably compact speaker enclosure, the lovely angular design of the neck that attaches the screen to the soundbar and, last but not least, the engagingly immersive effect created by Philips’ Ambilight system. This casts coloured light that can match the image content you’re watching onto the wall around the screen, extending the viewing experience beyond the screen’s edges.

A bit less friendly is the OLED+936s’ Android TV smart system, which is more complicated to use than some rival smart platforms. The sets’ picture tweaking menus are extremely long and complicated, too - though thankfully the OLED+936s’ processing seems to do a better job of automatically optimising picture quality than Philips more affordable OLED806 siblings do, making it less important to familiarise yourself with all the features the OLED+936 has to offer.

If you’re looking for a TV that offers premium quality OLED picture quality and soundbar-worthy audio without actually having to buy a soundbar, there are simply no TVs in town right now that tick both the picture and sound boxes as comprehensively as Philips’ OLED+936es. Their Ambilight-backed design makes them great talking points at parties, too.

Whether it’s the full-screen bright desert skies or the small ultra bright lights of the War Boys sun-reflecting ‘spotlights’, the OLED+936 brings the brightness to the 4K Blu-ray of Mad Max: Fury Road like no other OLED before.

As Schofield runs across the battlefield at the climax of 1917 on 4K Blu-ray, the OLED+936’s external speaker system delivers each explosion with a combination of placement precision, dynamic range and raw impact that you’d normally only get from a good quality separate soundbar.

From the gritty detail of its 4K Blu-ray imagery to the immense Dolby Atmos soundtrack of its opening beach assault, Saving Private Ryan joins 1917 in proving that nothing unlocks a TV’s all-round potential better than a good war movie.

You should buy the Philips because the company's canny collaboration with renowned Hi-Fi brand Bowers & Wilkins on the OLED936+ serves up the finest built-in TV sound system we’ve ever heard. Handily the OLED936’s OLED premium screen partners that peerless sound with some of the finest picture quality money can buy, too.