TV & Home cinema reviewsHiFi  reviewsGuides videos & Live sign up helpline
Menu
By clicking “Accept”, you agree to the storing of cookies on your device to enhance site navigation, analyse site usage, and assist in our marketing efforts. View our Cookie Policy for more information.
Open peferencesDeny allAccept all
Written by
John Archer
April 14, 2022

OLED806 pictures are spectacular, even by OLED standards and the immaculate sharpness even remains intact when there’s motion to handle 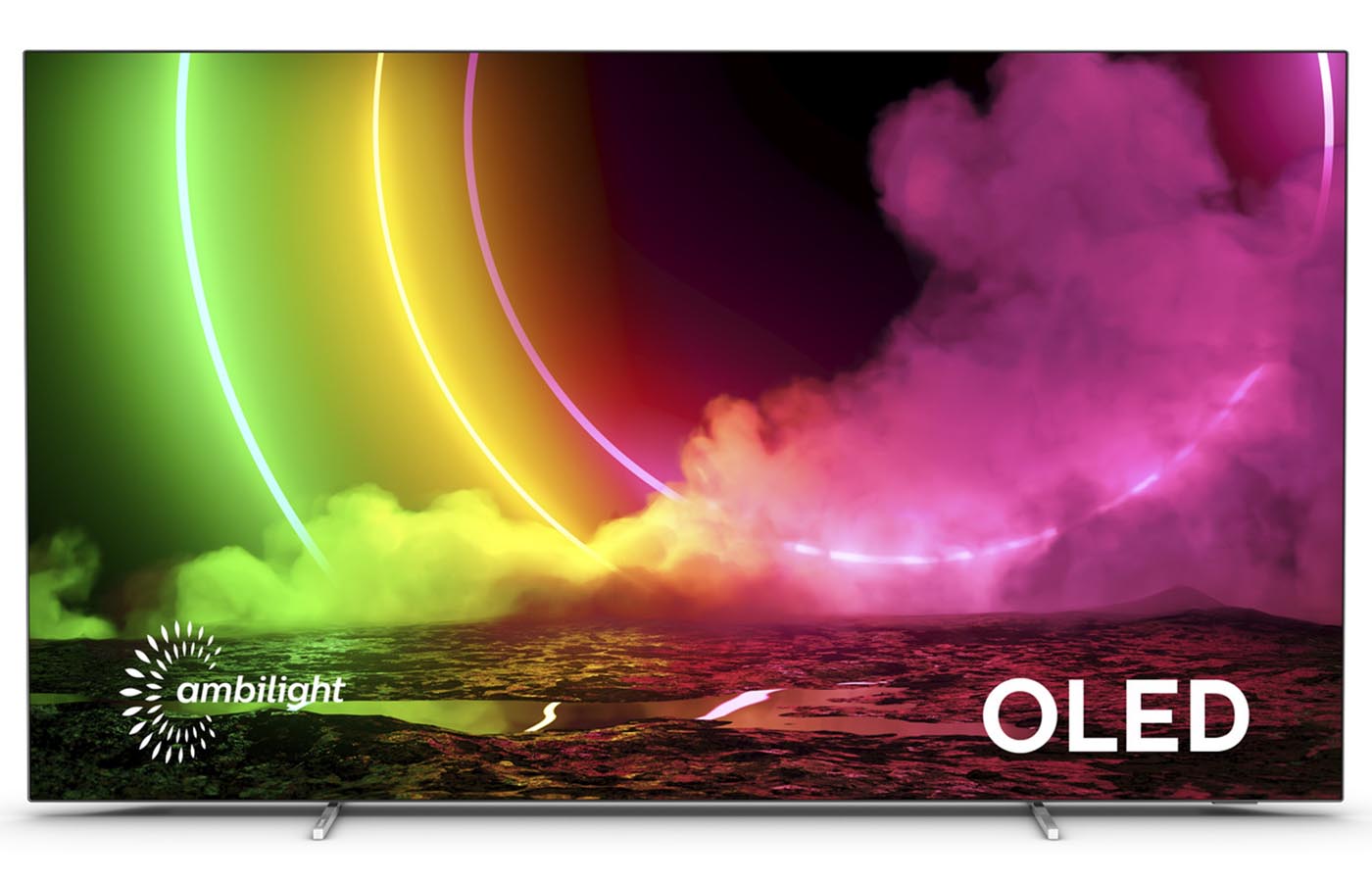 OLED TVs have become beloved of home cinema fans for the way each pixel in their screens can make its own light, leading to levels of local contrast the vast majority of LCD TVs can only dream of. Fully unlocking OLED’s innate potential, though, depends on combining the cutting-edge hardware with equally cutting edge processing. Which is where the Philips OLED806 range comes in.

Available in 48, 55, 65 and 77-inch sizes, the OLED806s are pitched as mid-range models. Don’t imagine from this, though, that they’re not extremely well featured.

For instance, they include Philips’ unique Ambilight technology (more on this later), while their smart features come courtesy of the latest generation of the content-rich Android TV platform. Connections, meanwhile, include four HDMIs, two of which can handle the latest hot gaming properties of 4K at 120Hz, variable refresh rates and automatic switching to the ‘Game’ preset whenever a game source is detected.

Finally, the fifth generation of Philips’ so-called P5 ultra-powerful picture processor is on hand to enhance practically every aspect of image quality. These include the key ‘five pillars’ behind the P5 name: Colour, contrast, sharpness, source detection and motion.

OLED806 pictures are spectacular, even by OLED standards. Contrast, as you would hope, is exquisite. Inky deep but always natural blacks give dark scenes a fantastically authoritative, immersive and cinematic feel. They remain totally stable, too, no matter how many bright highlights a mostly dark scene might throw into the mix.

This black level stability is particularly impressive given how intense those bright highlights look. The Gen 5 P5 processor somehow manages to deliver such high dynamic range (HDR) peaks with more brightness than most OLED rivals manage – even some models that use supposedly higher-brightness premium OLED panels.

Colours are sumptuous, too. Rich, deep, bright and intense, but also full of subtle shading and blending. The ability to eke out so much colour refinement helps the pictures to look spectacularly sharp, detailed and three dimensional. So much so that 4K sources can end up looking more like 6K, especially on the two largest OLED806 screens.

The immaculate sharpness even remains intact when there’s motion to handle, thanks to Philips’ excellent new Pure Cinema motion setting.

Gamers will find much to love about the OLED806s’ aggressively vibrant and crisp imagery too. Especially as in Game mode they take just 15ms to render images.

Despite not shipping with external speaker enclosures like the step-up OLED+936s do, the OLED806s still sound excellent.

For instance, their sound is projected far beyond the TV’s outer edges with impressive power and cohesion, creating a large, detailed and convincingly immersive soundstage. Especially when you’re watching a film that takes advantage of the TV’s Dolby Atmos support.

Voices always sound clear and natural, treble is never harsh, and the speakers have enough dynamic range and ‘breathing room’ to surge and recede nicely as action film soundtracks ebb and flow.

Bass response is fairly limited, and can fall prey to momentary distortions with the most extreme low frequency moments. This is hardly unusual with TVs as slender as the OLED806s, though and, actually, the Philips models are less affected by it than many rivals.

Living with the OLED806

The results of the OLED806s are startlingly beautiful. They’re incredibly thin at their outer edges, the build quality is gleamingly robust, and their blade-like desktop feet are a triumph of understated elegance. One thing that isn’t understated in the slightest, though, is Philips’ spectacular Ambilight system. This throws coloured light from the screen’s edges to enhance your immersion in what you’re watching. Especially if you choose to have Amiblight track the tone and location of colours in the picture you’re watching.

A key customer-friendly feature of the OLED806s is their ability – unlike most rival brands – to play both of the premium quality Dolby Vision and HDR10+ HDR formats. This means that OLED806 owners can be sure they’ll always get the best quality a source has to offer.

One issue with the OLED806 is that always getting the best from it with different sources requires you to get familiar with Philips’ labyrinthine set up menus. These sport multiple adjustments for just about every facet of the picture, and some – particularly those associated with noise reduction and motion – can certainly benefit from manual intervention rather than sticking with default settings.

Provided you don’t mind spending time learning your way around the OLED806s’ intimidating set-up menus, these great value Philips OLED TVs reward your efforts with gorgeous picture quality, strong sound quality and every cutting edge feature you need – all wrapped up with a beautiful Ambilight bow.

The first two chapters of this disc provide an epic challenge for TV picture and sound quality. The images feature lots of stark contrast, subtle shadow detail, tracking shots and swirling mist, while the sound boasts the most extreme bass drops the film world has ever heard.

The extreme but fluctuating darkness of the scene in It on 4K Blu-ray where Patrick Hockstetter runs foul of Pennywise in the Derry sewers is handled superbly by the OLED806s’ screen.

The intensity with which the OLED806s present the desert sunlight gleaming off the bodywork of the film’s countless cars creates an unusually potent HDR experience from such affordable OLED TVs.