Romania and Ukraine may not the first countries that trip of the tongue when it comes to headphones, but Meze are serving up some rare treats 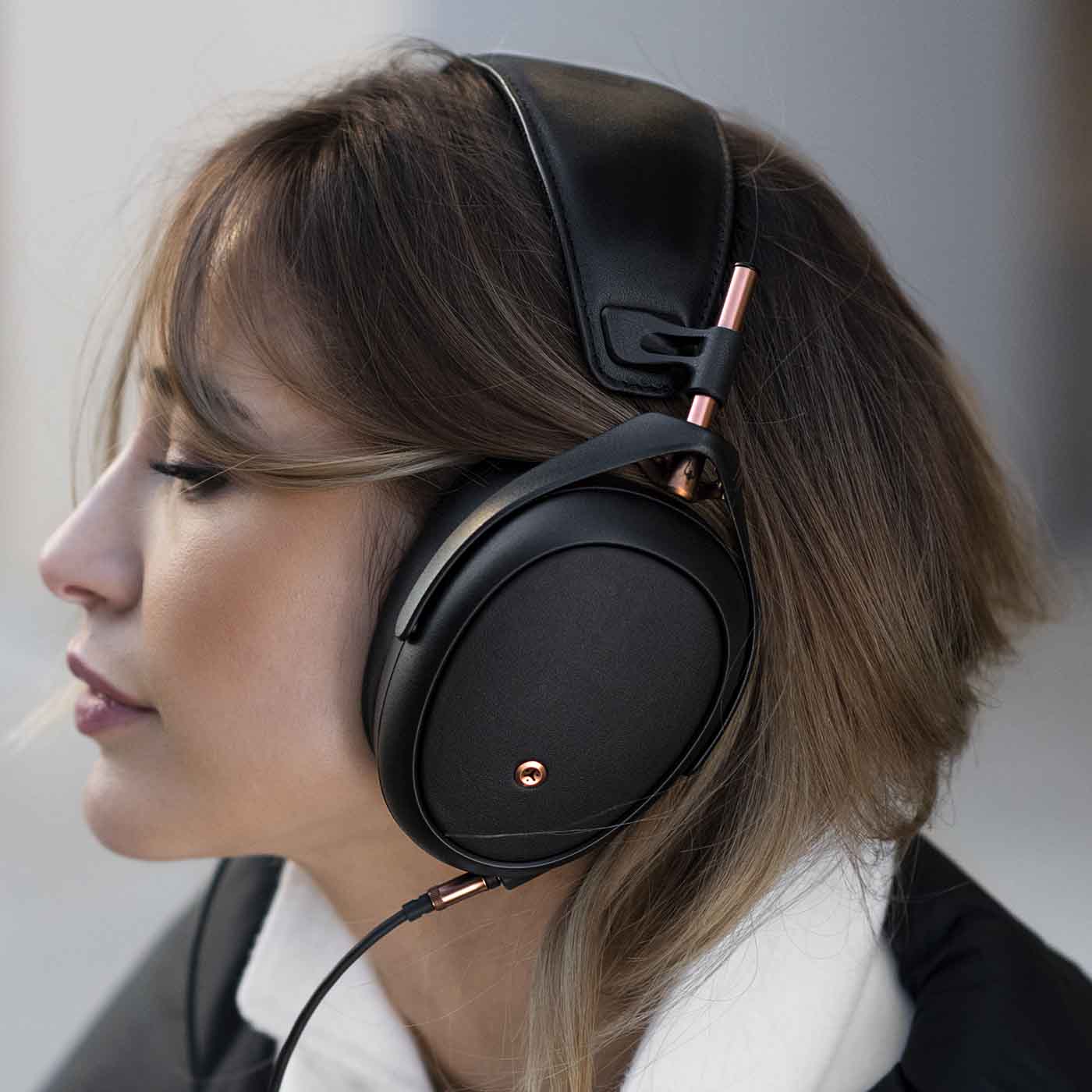 The first decade of Meze Audio’s existence hasn’t been what you’d call ‘product-heavy’ - currently the Romanian brand’s portfolio consists of precisely eight products. But what Meze Audio lacks in quantity, it more than makes up for in quality.

The Liric closed-back over-ear headphones sit more-or-less in the middle, price-wise, of the company’s product range - and it’s just possible that Liric is also the sweet-spot of the whole line-up. Not for the first time, Meze Audio has partnered with the Ukrainian savants at Rinaro Isodynamics - and for the Liric, the result is the MZ4 planar magnetic driver.

The effectiveness of this driver and the fruits of this collaboration will be made plain in just a moment. But for now, it’s enough to understand that neither Meze Audio nor its partners are remotely inclined to compromise. On the contrary, if you want to get into Meze Audio Liric ownership, it’s almost certainly you who’ll be doing the compromising.

No one in their right mind spends the thick end of two grand on a pair of headphones and then just plugs them straight into a laptop. Do they? It almost goes without saying that the Liric need - demand, really - a source of music that’s as high-performance as they are. So let’s assume you’ve done the right thing. What can you expect?

Well, the Meze Audio Liric have a list of sonic talents as long as your arm - certainly longer than the space available here to describe them. So we’d probably just better tick them off…

The sound the deliver is open and spacious, so there’s plenty of room for the remarkable amount of detail they serve up. Even the most minor, most transient occurrences are represented - if it comes into these headphones, you can be sure it’s coming out again.

They’re dynamic in every audio sense. No matter it it’s big symphony orchestra-style shifts in intensity or the miniscule harmonic variations in a piano solo, the Liric give it full expression. And their overall articulacy is particularly notable in the midrange - these headphones understand every nuance in a singer’s delivery. And even though they’re staggeringly attentive, they are able to unify every individual strand of a recording into an entirely convincing whole.

The consistency of their tonality is unarguable, and the momentum they generate when expressing rhythms is impressive too. There’s not the out-and-out weight to the lowest frequencies that some listeners will demand, but be in no doubt they shape and texture bass sounds with aplomb. If ‘wallop’ is an entirely positive word where your taste in headphones is concerned, though, you might need to give the Liric a long, hard think.

Living with the Liric

Don’t go confusing ‘premium price’ with ‘extended functionality’. These are headphones of the old school - put them on your head, plug them into your (equally capable, equally expensive) source of music, and then just listen. ‘Features’ means a cable from each earcup at one end and a 3.5mm jack at the other.

Despite their, um, purity of purpose, though, the Liric are quite an upmarket item. They combine flawlessly applied leather, magnesium, aluminium and steel to produce what is unarguably a good looking (and, equally unarguably, large) pair of headphones. Meze Audio has long had a bee in its bonnet about comfort, and has paid just as much attention to the hangar mechanism here as it has to headphones in its line-up costing twice as much as this. The result is beautifully judged clamping force, weight that’s evenly distributed and a 391g pair of headphones that don’t feel as heavy as that.

About the only note of caution where ergonomics are concerned centres around the earpads. They’re as luxuriously comfortable as the rest of the headphones - but they’re noticeably narrow. Anyone but the tiny-eared should try a pair on for size before handing over any cash.

You may not get much functionality for your money, but you get every penny’s-worth in terms of performance - and quite a glamorous, beautifully built object at the same time. Everyone lucky enough to have this sort of money to spend on headphones (except listeners who enjoy a nightclub’s-worth of bass presence) is advised to hear the Meze Audio Liric pronto.

Warm and human, chilly and mechanical, very very funny… Let X=X is all of those things, all at once and constantly. The precision of the Liric is essential if the strict, square arrangement is going to have its full and fully austere impact.

For a piece of music where not much happens, and what does happen happens at a very stately pace, Cantus in Memoriam Benjamin Britten is almost heartbreakingly lyrical and expressive. The Meze Audio zero in on the humanity of this composition unerringly.

What good is garage rock if it doesn’t stink of cigarettes, if it doesn’t have grime under its fingernails, if it doesn’t sound like it was recorded, well, in a garage? The Liric understand this on an instinctive level, yet they allow the musicianship and melody to peek out from the murk too.

From the ‘solid build and luxury finish’ to the ‘impressive clarity and detail resolution’, What Hi-Fi? is smitten. And they’re not alone: Trusted Reviews lapped up the ‘articulate and insightful sound’, while AV Forums couldn’t help themselves: ‘a lirical miracle’ is what they said.

You buy these headphones because you want to hear every detail, in full and in its proper context. And also because you know there’s no school like the old school