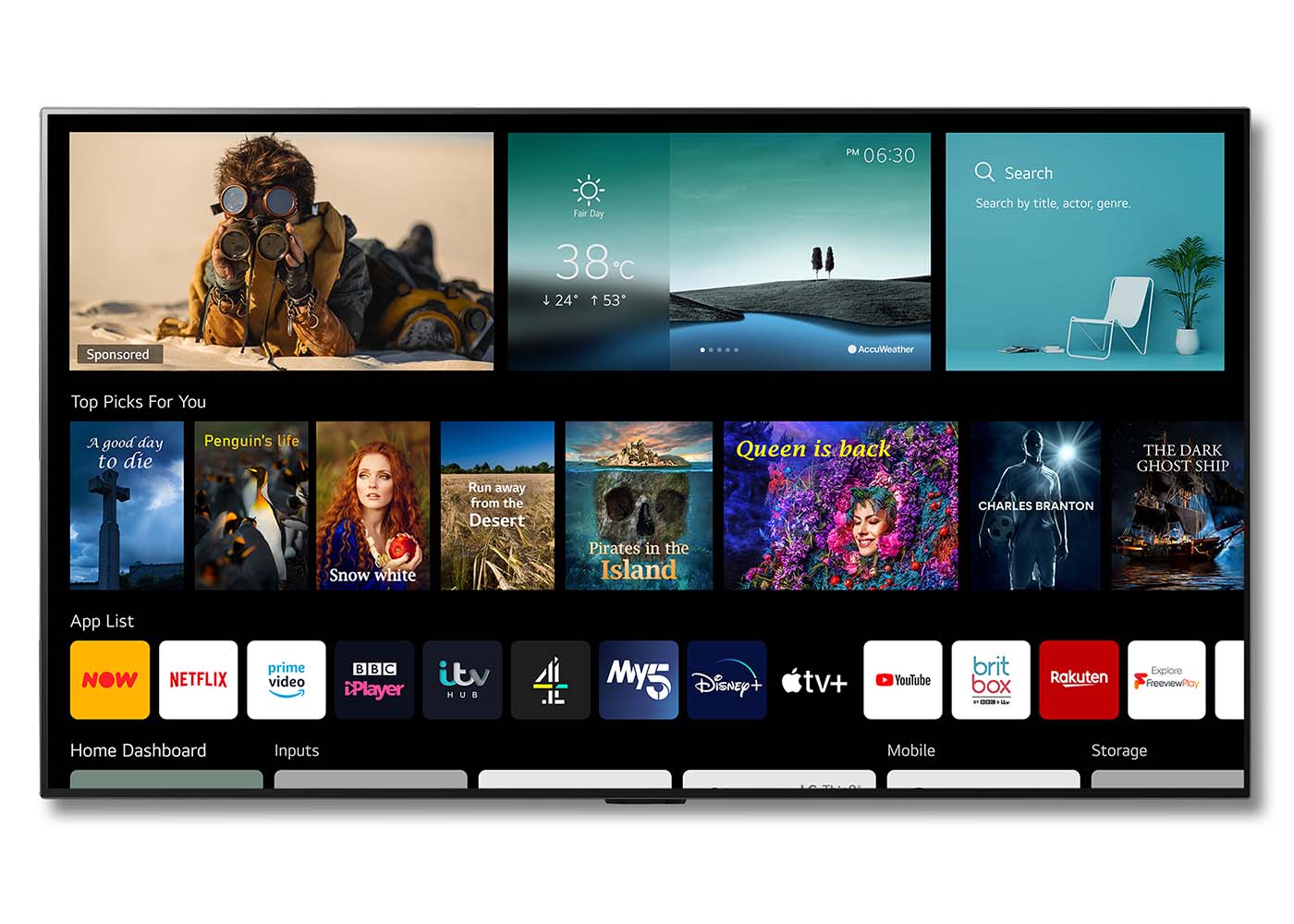 While every new OLED generation brings with it a small hardware tweak or two, the G1 series of OLED TVs marks the first time we’ve seen a really major hardware advance from LG for years.

This takes the form of a so-called Evo panel capable of hitting brightness levels around 20% higher than those of LG’s previous OLED TVs and its current step-down C1 series.

The extra brightness promised by the Evo panel is immediately obvious. The brightest peaks of HDR images – sunlight glinting off metal or glass, spotlights, fluffy white clouds and so on – hit with markedly more impact, making the image more dynamic and natural-looking.

Even more appreciated, though, is the extra brightness the G1s find for full-screen, high-key images. Pretty much every frame of an HDR source enjoys an eye-catching, realism-boosting lift versus any LG OLED we’ve seen before.

LG has managed to find this all-important brightness boost, too, without compromising the contrast and black level depth for which its OLED TVs have become justly lauded. In fact, if anything, with LG’s new Alpha 9 Generation 4 processor on hand to get the optimum performance out of the G1s’ new panel, black levels are even more consistently rich, deep and satisfying than they’ve been on any LG TV before.

This combination of inky blacks and punchier, crisper whites and colours provides a potent reminder of the fact that HDR isn’t only about brightness; it’s about an extended range of light, which includes the dark end of the light spectrum.

These deep blacks work with the extra brightness to unlock richer, more voluminous colour than we’ve previously seen from LG OLED TVs. Plus, of course, since each and every pixel in an OLED TV can produce its own light directly, rather than multiple pixels having to share external light sources as happens with LCD TVs, it’s possible for the G1s to put one of their new higher brightness pixels right next to one of their very darkest, without either one compromising the other. This results in a gloriously intense sense of contrast with HDR sources, and some beautifully subtle rendering of shadow details in dark scenes.

LG’s latest processing engine backs up the G1s’ groundbreaking contrast and brightness with the sharpest, cleanest pictures we’ve seen from an LG OLED TV. The level of improvement in this respect is particularly noticeable with upscaled HD pictures.

The G1s are LG’s best TVs yet when it comes to handling motion, too, delivering a more natural look to the way things move regardless of whether you’re using LG’s motion processing options or not.

The icing on the picture quality cake is the way OLED’s self-emissive nature means images aren’t impacted by either reduced contrast or colour saturation if you are watching them from an angle.

While the G1s are not up there with the very best sounding TVs, provided you don’t try to push them too hard they sound perfectly fine. In fact, a bit better than fine if you use LG’s clever AI Sound Pro feature, which does a great job of optimising any sound source to match the TV’s audio capabilities.

LG makes special flat, wall-mountable G1 and GX soundbars you can partner the G1s with, and at the time of writing this soundbar is available free via a coupon with any G1 purchase.

Living with the OLED G1

The G1s are so good that for the most part they’re really just a pleasure to live with. Their picture quality is exceptional – and as usual with LG’s premium OLED ranges, all four of the G1s’ HDMI ports support all the latest gaming features (4K at 120Hz, variable refresh rates including Nvidia G-Sync and AMD Freesync Premium, and automatic low latency mode switching).

The flush-mountable Gallery design makes the G1s arguably the best looking models around for anyone wanting to wall hang their TV, and LG’s latest AI picture processing gives technophobes a great shortcut to getting consistently great pictures without having to keep revisiting the set up menu.

LG has revamped its WebOS platform for the G1s with slightly mixed results. Some aspects of its presentation feel more helpful than the old WebOS approach, while others feel like works in progress. But it remains one of the better smart TV systems overall.

The new Evo panels inside the G1 TVs take LG’s OLED performance to another level. Which is saying something when you consider how brilliant they were before.

Dune 4K Blu-ray. Dune’s swirling mists and sandstorms together with some seriously dynamic use of HDR cause major headaches for LCD TVs. Not even Dune’s most extreme imagery, though, troubles the self-emissive pixels of the G1 OLEDs.

Pan 4K Blu-ray. While Pan is nothing to write home about as a film, the scene where Peter first arrives by flying ship in Neverland features some legendarily intense HDR brightness - which the G1s’ Evo panels handle brilliantly.

You should buy an LG OLEDG1 because its LG’s first TV to use a new high-brightness typeof OLED panel is unlocked perfectly by LG’s latest picture processing, delivering stunning picture quality with movies and cutting edge video games alike.