The most popular of the LG range of OLED TVS, and its easy to see why 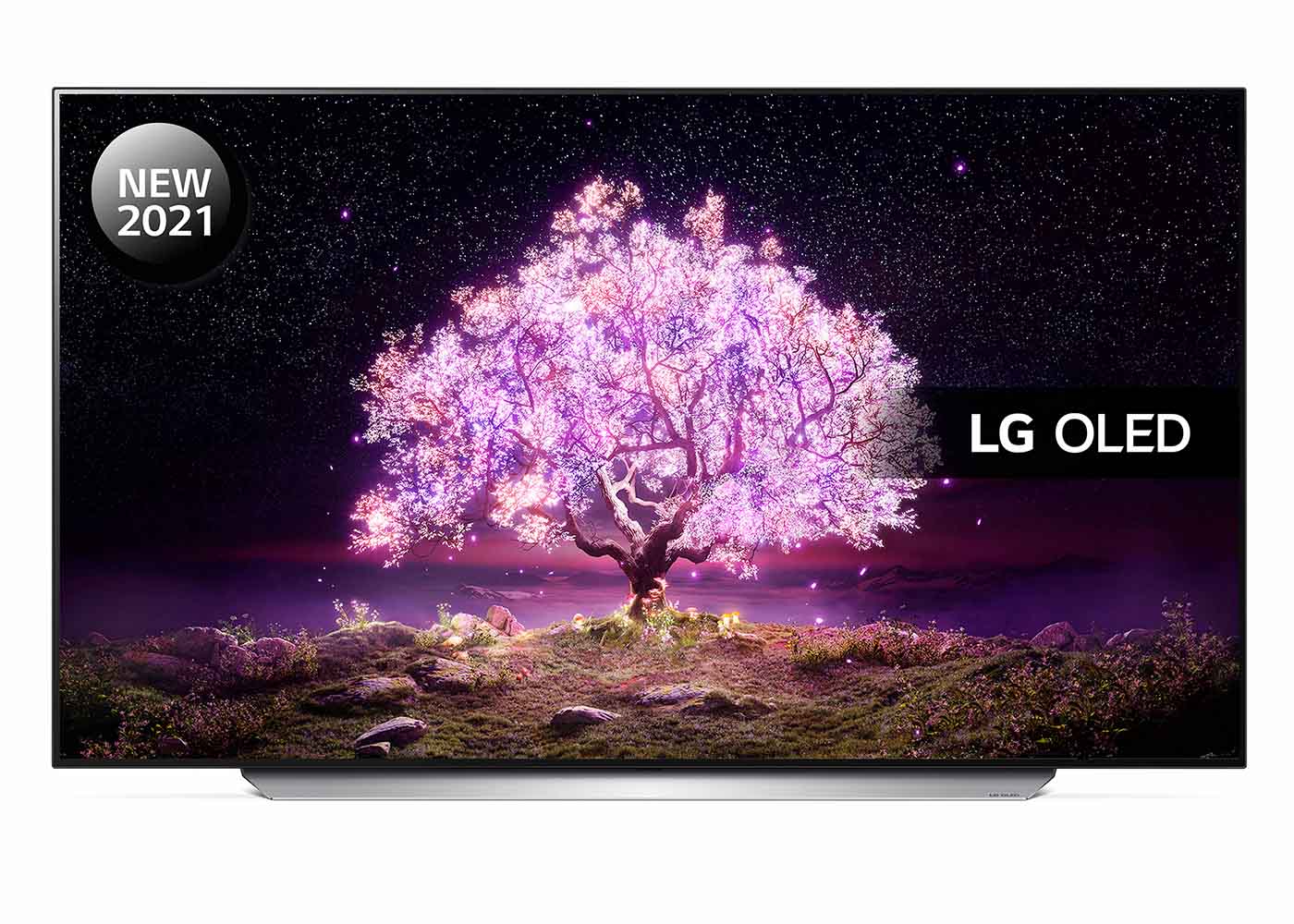 The C series have been by far the most popular TVs from LG’s annual OLED range refreshes for generations now. The latest C1 series continues to prove why this is the case, despite tougher than ever competition from both rival brands and its own step-up G1 siblings.

For the past couple of years, LG’s C and step-up G series of OLED TVs have delivered essentially identical picture quality and with only slight differences on sound quality and design. That all changes for the latest C1 and G1 series, though, thanks to the G1 exclusively receiving a new high brightness panel design. This delivers excellent results, as we’ve covered in our separate review of the G1 range. The G1’s new performance step up, though, does not by any means stop the C1 series from being massively desirable. Especially for AV-loving households that don’t have money to burn.

For starters, the C1 series delivers all the familiar strengths we’ve come to appreciate about OLED screen technology. In fact, it does much more than that; it delivers all those traditional strengths bolstered by LG’s new picture processing engine.

Dark scenes look gorgeous, thanks to black colours that enjoy a depth and consistency that not even the best LCD TVs can match. Even better, since every pixel in a C1’s OLED screen produces its own light level independent of its neighbour, bright whites and colours can appear right in the middle of a mostly dark shot without losing any intensity – and without revealing any unwanted greyness around them.

This local contrast talent inherent to OLED screens is exploited handsomely by LG’s new processing – especially if you can feed it a source that uses the Dolby Vision HDR format, or you use LG’s latest, much improved Dynamic Tone Mapping system. This constantly calculates how best to ‘map’ an HDR image to the screens’ capabilities.

This improved tone mapping system is just part of a wider AI-driven automatic picture optimisation system that achieves excellent sharpness and detailing with both native 4K and upscaled HD pictures.

The C1s’ colours are intense and vivid in dark and bright scenes alike, especially with the screen’s outstanding black levels to counterpoint them. The new processor also means that colour tones look more consistently natural, and enjoy more finesse when it comes to the rendering of the sort of subtle blends and variations that separate great pictures from merely good ones.

LG has improved its performance for the C1 series, too, which sees it handling both 60Hz broadcasts and 24Hz movies much more naturally (with much less hardware ‘judder’).

The C1 doesn’t reach quite the same brightness heights that the G1 series does. This means its contrast isn’t quite as striking, and full screen, bright, high dynamic range (HDR) footage doesn’t jump off the screen with quite as much impact. The G1s are significantly more expensive, though, while the C1’s pictures still comfortably outgun those of just about every other TV in its class. Especially if you’re the sort of person who likes nothing more than dimming the lights for a serious movie or TV series viewing session.

The C1 is also an outstanding option if you’re a gamer, thanks to its helpful game-specific control and information dashboard, and the ability of all four of its HDMIs to support all the very latest gaming features, including 4K at 120Hz and variable refresh rates.

While LG’s C1 range supports built-in Dolby Atmos decoding, for once that’s not the star of the audio show. While the TV does a reasonable job of projecting Atmos sound effects beyond the screen’s edges, the overall Atmos presentation can seem a little subdued.

This is where LG’s own AI Sound Pro system comes in. This has been designed, essentially, to adjust the character of a soundtrack so that it gets the maximum advantage from the C1s’ speaker set up. Its results are powerful and dynamic, and crucially seem to push sound forward into your room rather than locking it behind the screen.

Heavy bass tracks can cause some buzzing and distortion from the speakers during big movie moments. For most of the time, though, the sound is good enough to satisfy – and if you do find yourself wanting to partner the C1’s stunning pictures with better audio, maybe you could put the money you’ve saved by not buying an LG G1 towards a soundbar?!

Living with the C1

If you value picture quality, living with the C1 is a pretty much constant delight. We’d recommend trying to watch the set in fairly dim lighting to enjoy the maximum impact, but the extra punch achieved by LG’s new processing system means it actually holds up better in bright rooms than OLED TVs traditionally do.

LG’s webOS platform, meanwhile, continues to be one of the most comprehensive smart TV systems around, providing easy access to all the streaming services most people will want.

As ever with OLED technology, the C1s boast a gorgeously slim and futuristic design that will look great in any living room they find themselves in.

The combination of LG’s latest flagship video processor, a premium design and the enduring talents inherent to OLED technology make the C1 series another huge hit for the South Korean brand. Especially as they also seem to us to be great value for the quality on offer.

Game Of Thrones Season 8 Episode 3, 4K Blu-ray. This infamously dark episode of Game of Thrones was unwatchable on many TVs when it first aired. Free of broadcast compression and with high dynamic range in play to ramp up the contrast in its 4K Blu-ray version, though, the episode is reborn on LG’s C1s as a glorious example of just how exceptional OLED technology is at handling the darker things in home entertainment life.

Why should you buy an LG OLEDC1 – simply because LG’s C1 series of OLED TVs represents a perfect balance between picture quality,features (especially if you’re into gaming as well as movies) and value.