TV & Home cinema reviewsHiFi  reviewsGuides videos & Live sign up helpline
Menu
By clicking “Accept”, you agree to the storing of cookies on your device to enhance site navigation, analyse site usage, and assist in our marketing efforts. View our Cookie Policy for more information.
Open peferencesDeny allAccept all
Written by
Simon Lucas
April 26, 2022

Up-to-the-minute specification, a facility with music that’s a match for its facility with movie soundtracks and Dolby Atmos thrown in for good measure 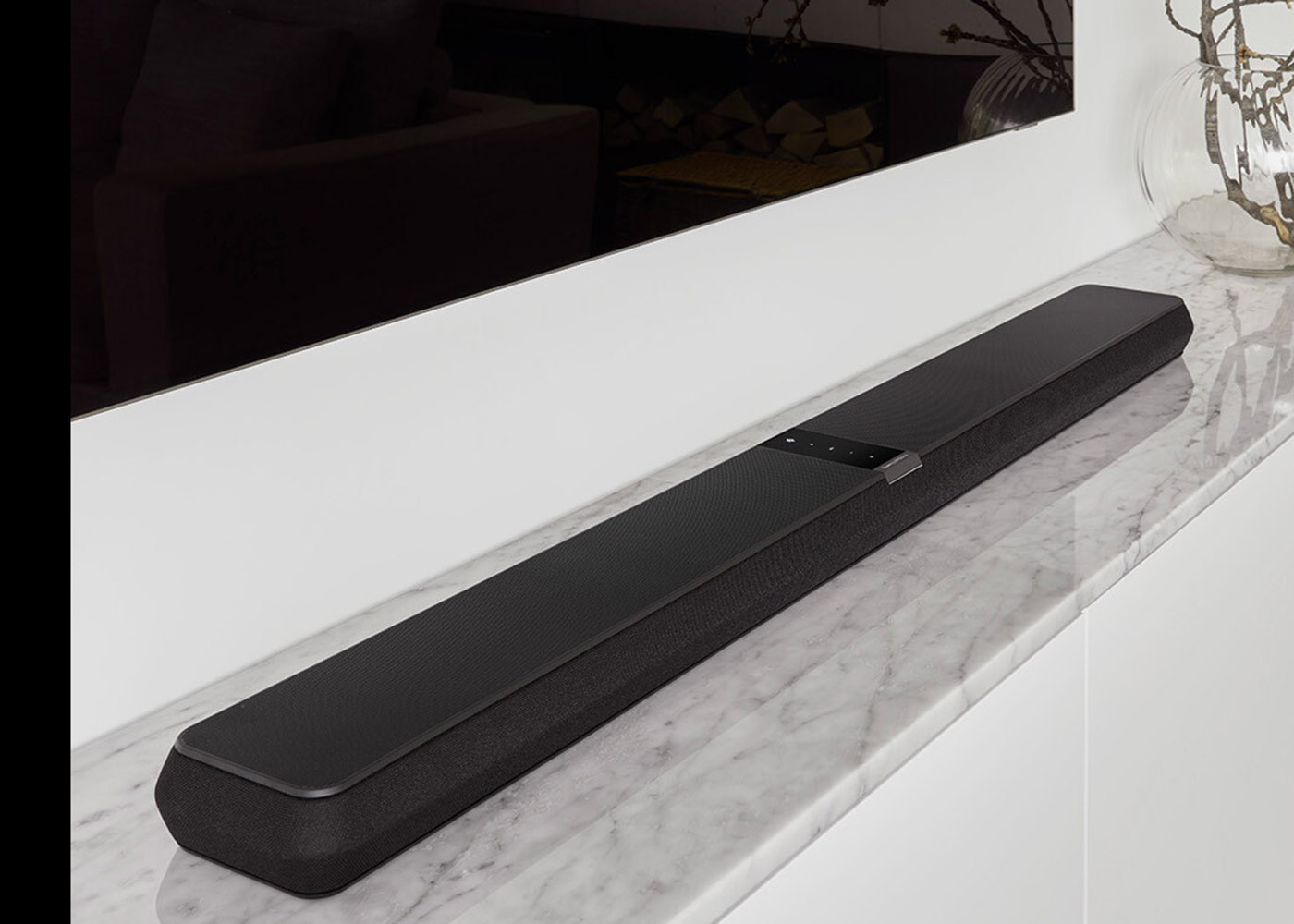 When you set the sort of dizzily high standards Bowers & Wilkins sets, anything that falls even fractionally short can seem like a resounding failure. And though none of the company’s soundbars to this point can realistically be considered failures, it’s safe to say they don’t quite scale the heights the company’s headphones, wireless speakers and, of course, passive speakers routinely reach. For a company like Bowers & Wilkins, ‘pretty good’ is seldom good enough.

Panorama 3 is the soundbar that is going to change all that. Up-to-the-minute specification, a facility with music that’s a match for its facility with movie soundtracks,  Dolby Atmos spatial audio via physical speaker drivers rather than digital sound processing… Panorama 3 is going to put Bowers & Wilkins squarely in contention. That’s the theory, anyhow.

In every significant way bar one, Panorama 3 is everything you want from a big, pricey soundbar. No matter how dynamic the movie soundtrack you’re listening to, how large-scale or how loaded with fine and subtle details, the Bowers & Wilkins has no problem dealing with it. It breathes deeply enough to put significant distance between ‘whispered exposition’ and ‘almighty explosion’, it creates a soundstage of appreciable width and depth, and it identifies even the most transient details and puts them into proper context.

Where tonality is concerned, it’s even, consistent and convincing from the bottom of the frequency range to the top - which is by no means a given when (as is the case here) 13 speaker drivers are all working at once. The same goes for integration - the Bowers & Wilkins deploys a pair of 100mm subwoofers, a couple of 50mm upward-firing Dolby Atmos ‘elevation’ drivers and forward-firing left/right/centre channels each comprised of a 19mm titanium-dome tweeter alongside a pair of 50mm midrange drivers, and yet there’s a definite sense of unity and commonality to the Panorama 3’s sound.

In light of this lavish line-up of drivers, an all-in total of 400 watts seems reasonable - and this soundbar certainly proves powerful enough to serve up a big action-movie soundtrack with all the shock and awe the filmmakers intended. Bowers & Wilkins isn’t the first manufacturer to claim its soundbar can do a complete job without needing an external subwoofer, but it’s the first manufacturer to actually back it up. Panorama 3 digs remarkably deep, and serves up all that low-end rumble and wallop that many movies rely on.

This isn’t at the expense of coherence, though. The midrange, the most essential part of any movie, projects well ahead of all the uproar - so dialogue is easy to follow. And at the top of the frequency range, there are crisp levels of attack and bite.

In fact, the only area where Panorama 3 falls just fractionally short is in its ability to create overt height to a Dolby Atmos soundtrack. No one’s expecting the sort of overhead presence that comes from having overhead speakers, of course, but there are other similarly configured (and similarly priced) soundbars that deliver a taller sound than this Bowers & Wilkins seems capable of.

Panorama 3 claws back more than a little credibility when it comes to playing music, though. All of the super-smooth integration, the believable tonality and the well-judged levels of attack evident in movie reproduction are here for music, as is the scale and dynamism. If you want one speaker to take care of all your audio needs, you could do quite a lot worse.

Living with the Panorama

This is a long soundbar, and will look a bit daft sitting beneath a TV of less than 55in or so - but at least it’s of low profile, so it shouldn’t foul the bottom of the screen if it's on the same surface as your television. Bowers & Wilkins supplies a wall-bracket if you want to go down that route, too - just bear in mind there are upward-firing drivers on the top of the soundbar, so it can’t be positioned anywhere it has a surface directly above it.

Connectivity, with one exception, is ample - certainly you’re not short of wireless options, which is never a bad thing. But the lack of HDMI passthrough is a bit of a misstep - not everyone’s TV has loads of unoccupied HDMI sockets, after all.

Where build quality is concerned, well, this is Bowers & Wilkins we’re dealing with. So Panorama 3 is flawlessly built from high-quality materials, and it looks the part. Well, as much as a soundbar costing the thick end of a grand ever can. And there are plenty of control options: a few illuminated touch-controls on the top of the ‘bar itself, compatibility with Amazon Alexa, and the Bowers & Wilkins ‘Music’ app, which will (in time) offer multiroom possibilities too. Plus, of course, if you connect to your TV using that single lonely HDMI socket, you can use your TV’s remote to control Panorama 3’s volume levels.

Third time is a charm, so they say - and Panorama 3 is not only Bowers & Wilkins’ most accomplished soundbar to date, it’s also one of the very best products of its type and price currently on sale. That’s not the same as saying it’s perfect, you understand - those who are hoping for the full-on Dolby Atmos spatial audio experience might be a little underwhelmed. But where blood-and-thunder attack, deft detail retrieval and out-and-out scale are concerned, it makes an awful lot of sense - and for music as well as for movies.

Never underestimate the importance of the subtle stuff. As the car flies away from the city, the rain modulates from ‘patter’ to ‘downpour’, and the gathering storm encroaches in from the edges of the soundfield. When power to the vehicle is lost, the resulting silence is almost oppressive.

Sometimes ‘relentlessness’ in a movie soundtrack can get pretty wearing, but when it’s as accomplished, as loaded with tonal variation and as eye-poppingly dynamic as this then it becomes an entirely virtuous thing. And if you’ve never heard a guitar-cum-flamethrower in Dolby Atmos, now’s the time to start.

Reputation any chapter you like, Taylor Swif
One of the slickest, most professional presentations you’ve ever seen, packed with memorable tunes and performed by a crack outfit. Want to sit on the drum riser as an enormous concert moves from crescendo to crescendo? Here you go…

At What Hi-Fi? they’re big fans of the self-contained, no-subwoofer-required nature of Panorama 3, and they admire its low profile too. Techradar, in what can only be a ringing endorsement, reckons it’s a real rival for the all-conquering Sonos Arc, while over at T3 they can only admire its ability to “kick right off”.

It’s a truly all-in-one solution for movies and music, and it looks the part as well as sounds it. 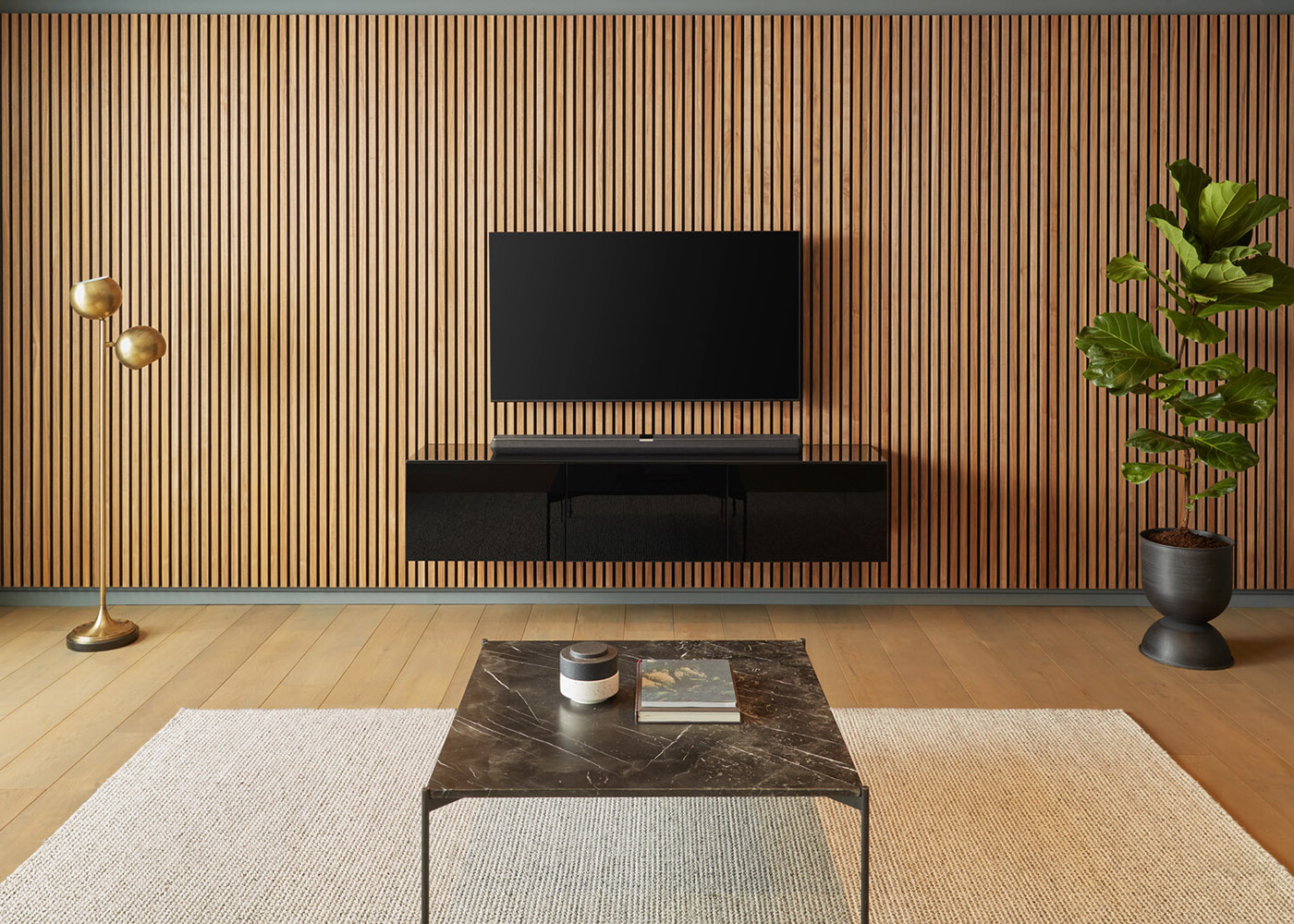 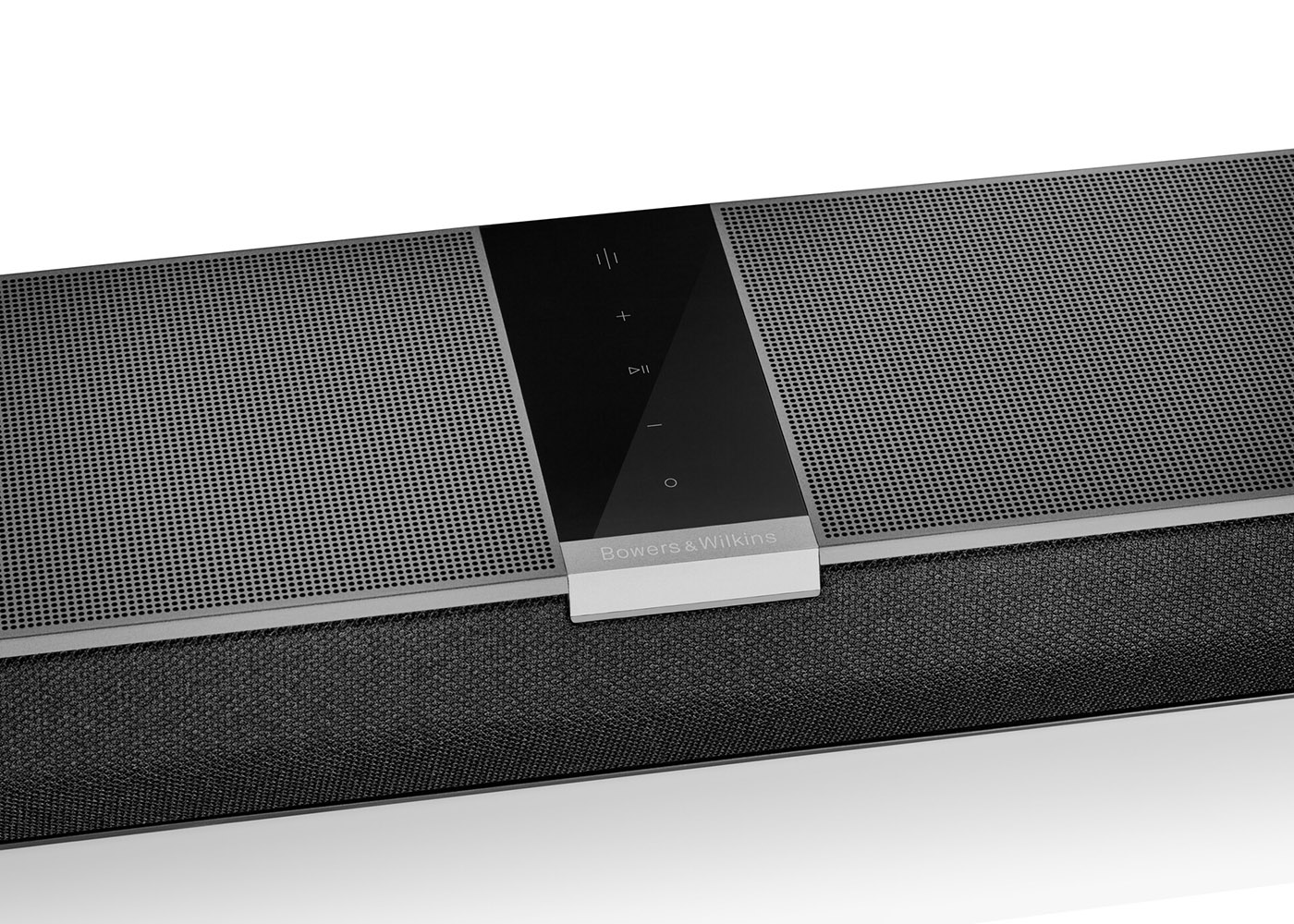 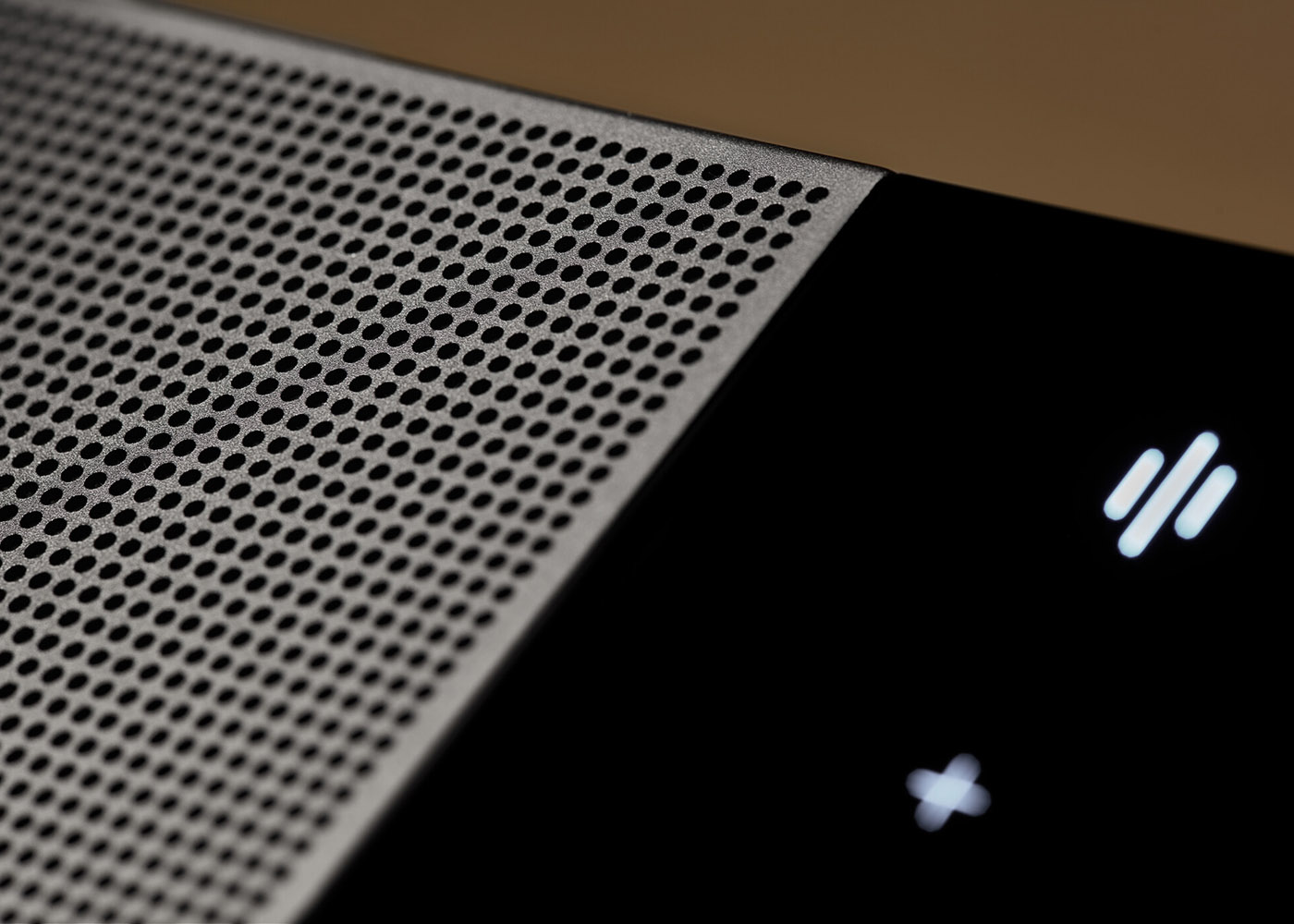