TV & Home cinema reviewsHiFi  reviewsGuides videos & Live sign up helpline
Menu
By clicking “Accept”, you agree to the storing of cookies on your device to enhance site navigation, analyse site usage, and assist in our marketing efforts. View our Cookie Policy for more information.
Open peferencesDeny allAccept all
Written by
John Archer
May 11, 2022

There are TVs and then there’s the B&O Beovision Eclipse, a high performance set that draws on every ounce of unique and uncompromising design flair that’s baked into B&O’s DNA 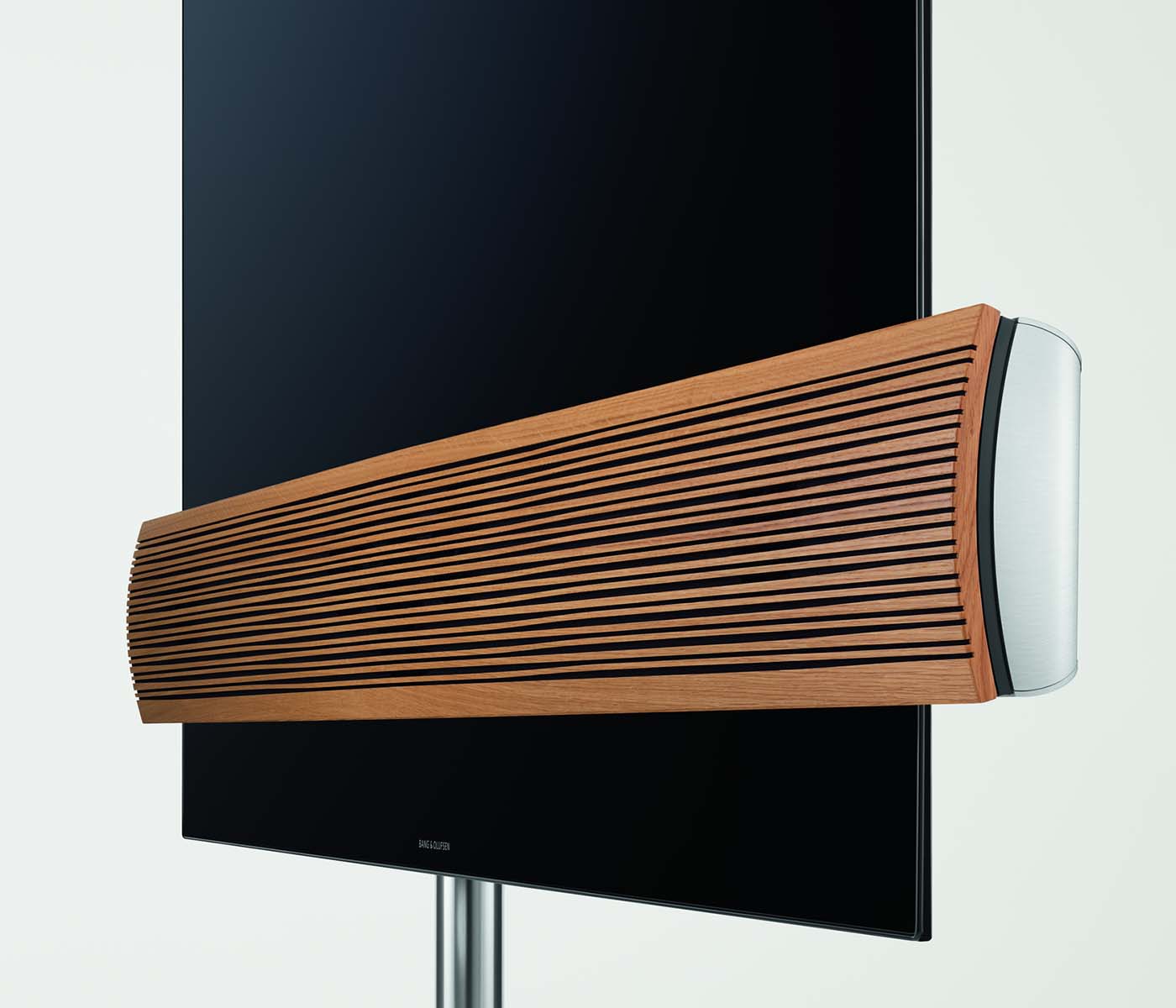 There are TVs and then there’s the B&O Beovision Eclipse. These high performance sets draw on every ounce of the unique and uncompromising design flair that’s baked into B&O’s DNA to rewrite the TV rulebook with irresistible results.

Pictures on the Beovision Eclipse are provided by a native 4K OLED panel. The OLED screen means that every single one of theTV’s more than eight million pixels can produce its own light and colour independent of its neighbours, resulting in incredible local contrast, stunningly deep black levels and rich, punchy but still natural colours.

In fact, the new second generation of the Beovision Eclipse doesn’t just boast any old OLED panel; it gets the same premium OLED screen that LG uses in its flagship G1 series. This combinesOLED’s traditional strengths with a new level of brightness that delivers more of the thrills associated with high dynamic range images.

The Eclipse’s HDR support includes the premiumDolby Vision format as well as the more standard HDR10 and live stream-friendlyHLG systems, while other aspects of the Eclipse’s picture quality are managed superbly by one of LG’s Alpha 9 Generation 3 processors.

Using an OLED panel also means you can watch theEclipse from almost any angle without picture quality degrading heavily. Though one of the coolest things about the Eclipse is that you shouldn’t ever have to watch it at an angle thanks to the way it can sit on a stunningly motorised floor stand that lets you rotate the screen through up to 90 degrees using the premium aluminium remote control.

The Beovision Eclipse’s hook up with LG also happily sees it bolstering its excellent picture quality credentials by being able to deliver the latest gaming graphics features of 4K at 120Hz and variable refresh rates.

While the Beovision Eclipse is a fantastic picture performer, it really stands out from the crowd with its sound. Its unique appeal in this department starts with its design, which sees the OLED screen actually slotting into the top of the biggest built-in soundbar in theTV world.

This soundbar stretches comfortably beyond the edges of the Eclipse screen, and extends far beyond the screen’s bottom edge, too. There’s then another piece of dark glass that extends out from the bottom of the soundbar, creating the illusion that the screen is running right through the mammoth speaker section.

This integration of a premium audio solution into a TV is classic B&O -  and looks completely gorgeous. Especially as the huge speaker section can be fitted with a wide range of different finishes, including light oak wood, natural aluminium, Parisian Night Blue, Infantry Green, Purple Heart, Black Aluminium,Brass aluminium, and black fabric.

While the unique design is key to establishing a premium B&O feel, it’s the quality of the audio the integrated soundbar produces that really seals the deal.

Remarkably, six drivers are on hand to deliver a mammoth 450W of power into three channels of active sound, including a dedicated centre channel optimised for speech. This amount of power and centre channel support shows a commitment by B&O to delivering a premium performance with video sources as well as music - a commitment it underlines by integrating a 7.1 surround sound module into the TV so that you can add optional extra external B&O speakers for front left/right, side and rear channel duties if you wish.

Despite all these impressive specifications, nothing can fully prepare you for just how good the Beovision Eclipse sounds.

Detailing with both music and movies is astonishing, for starters, revealing subtleties of treble and bass that we haven’t heard before from any integrated TV audio system. Not even the also spectacular-sounding Philips OLED 936 models.

The mid-range, too, is gloriously open and dynamic, serving up spectacular levels of expansion, density and raw volume with even the most over the top action scenes. Bass is punchy, well-timed and beautifully integrated into the bottom of that enormous mid-range as well.

B&O’s decades of audio experience see the Beovision Eclipse turning its hand to stereo music playback stunningly well, with beautiful staging and dynamics unlocked seemingly effortlessly by the size, quality and power of soundbar’s drivers.The Eclipse can absolutely be seen as a viable high-end Hi-Fi as well as AV solution.

Living with the Eclipse

The Eclipse is nothing less than a joy to live with. Its distinctive and customisable design make it a stunning addition to any living room, and its motorised floor mount(and wall mount) options mean you can effortlessly turn it to either go flat to a wall when not being used, or turned to face different seating positions in the room.

Its stunning speaker system together with support for streaming services that include AppleAirPlay 2, Bluetooth, DLNA, Spotify Connect, Chromecast and B&O’s Beolink Multiroom system make the Eclipse a remarkably talented Hi-Fi as well as a stellar TV, too, while its inclusion of no less than eight HDMI ports, including four built to the latest HD|MI specification, make it the best connected TV around.

Sealing the deal is an excellent smart system built on LG’s webOS 5.0 platform, which combines ease of use and customisation with a comprehensive collection of streaming service apps.

Available in 55 and 65-inch versions, starting at £8,640 (final price will depend on the options you choose)

Clearly, as usual with B&O products, the Beovision Eclipse is too premium to find its way into as many living rooms as it deserves too. If you are able to afford one, though, it’s a genuine delight to find such a fantastically designed TV backing up its unique looks and peerless build quality with cutting edge features and a truly exuberant all-round level of performance.

Unfortunately Moonfall is another example of a bad movie delivering a fantastic AV experience. The soundtrack on Moonfall’s (US import only) 4K Blu-ray is so immense that it gives even a spectacularly powerful sound system like the one built into the Beovision Eclipse a serious workout.

The immense and beautifully mixed cacophony of unforgettable movie scores delivered by theBlu-ray of Hans Zimmer: Live In Prague is perfect for revealing how uniquely well the Beovision Eclipse’s unique speaker system straddles the line between brilliant Hi-Fi and home cinema sound.

Steven Spielberg’s memorable adaptation of Ernest Cline’s supposedly unfilmable novel combines high-contrast, colour-rich visuals that take great advantage of the Eclipse’sOLED visuals with a monstrously detailed and dynamic soundtrack - especially during the first virtual race - that pushes the Eclipse’s audio to its limit.

Why should you buy a B&O Beovision Eclipse - with its combination of LG’s peerless OLED picture technology and trademark Bang & Olufsen design and sound quality, the Eclipse is simply the most luxuriously brilliant TV money can buy.